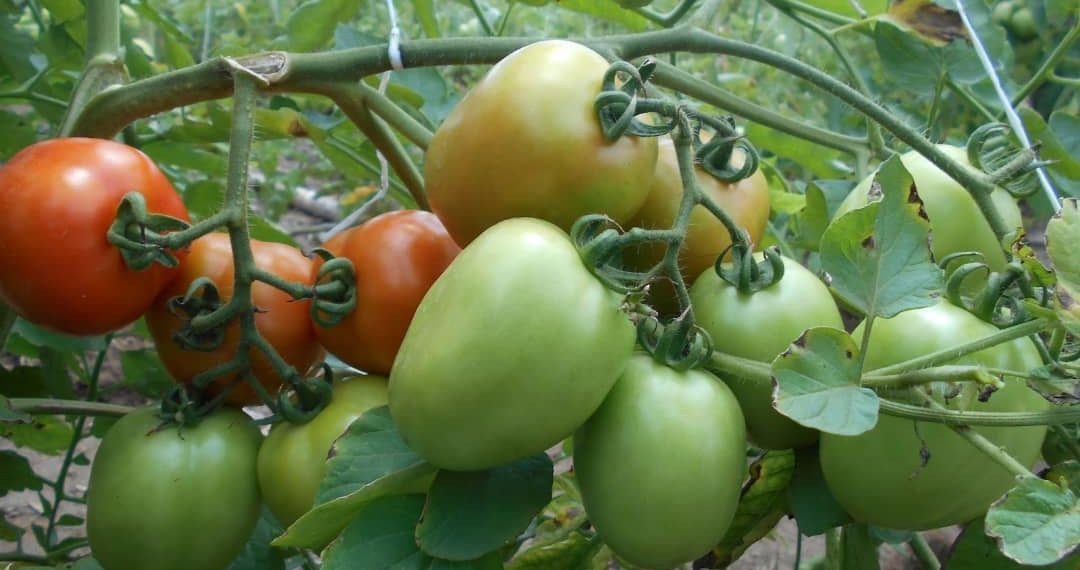 Tomatoes grown in a greenhouse farm

For women farmers in Nigeria, funding hardly comes from banks

Despite being in the federal capital, she, like most other women farmers in Pegi, have no access to formal financial services or government support schemes for farmers.

Rebecca Isaac, 50, sits on a wooden chair at the entrance of her house as she peels baskets of cassava at Pegi, a community in Kuje Area Council of Abuja. Her husband and their two children stand nearby, waiting to grind and process the pellets.

Mrs Isaac gets farm inputs on credit from people, and support from her husband and children. Her efforts to receive government funding and support in the past did not succeed.

Despite being in the federal capital, she, like most other women farmers in Pegi, have no access to formal financial services or government support schemes for farmers. They are also unable to receive financing from the banks.

Lack of access to key information about available programmes is a factor, leaving them open to fraudulent offers. “Some people came here and demanded N10,000 and promised to empower us. After paying, we didn’t see them again, another set came and collected our data and money but we have not heard from them,” Mrs Isaac said. “Even with the FADAMA project, I paid N7000 to them, nothing happened,” she added.

Such offers are commonplace in many rural communities where poverty and illiteracy are rife and many residents struggle all by themselves to build small businesses and livelihoods.

The government agrees a way to create wealth and tackle poverty is by expanding financial inclusion. A 2020 survey by EFInA showing access to financial services showed that only 51 per cent of Nigerian adults used formal financial services, such as bank, microfinance bank, mobile money, insurance, or pension accounts.

While financial inclusion grew in the past decade, Nigeria missed its National Financial Inclusion Strategy targets for 2020. The Central Bank of Nigeria, which coordinates the effort, had aimed to reach 70 per cent by 2020.

Women are more financially excluded than me – only 45 per cent of women use formal financial services, compared with 56 per cent of men. In the absence of formal credit access, farmers in Pegi rely on relatives.

Ihuoma Chijioke, who grows cassava and runs poultry, relies on her husband for financial backing for her farm.

“I started poultry with the capital I got from my husband, while the cassava farm wasn’t difficult. I started the poultry farm with N30,000 then the cassava with N10,000,” she said.

Another resident of the Pegi community, Elizabeth Onyeri, said after was denied loans by NIRSAL, a CBN-backed facility for farmers, she hired the services of a professional auditor to audit her farm and put the necessary assistance in place for her to file a stronger application. She still could not get it.

“I even applied for a loan last year from NIRSAL but I was not qualified. I want to re-apply,” she said.

She said she later approached Access Bank with enquiries on how to apply for the loan dedicated for women. She was told she was not qualified for the application.

Some of these women belong to various farmers’ associations like, but say they have not benefited from support as expected.

“The Anchor Borrowers Programme, I will tell everybody that cares to listen that it is for some farmers, not for everyone, the ABP is not for rural farmers,” Ms Chijoke said.

“They (banks) are not easily accessible. We were five women but (we weren’t) a cooperative (society), so we were not given attention. I don’t know anyone in BOA or BOI. It has to be who is who. I have not benefited from it. I heard a lot of people have benefited from NIRSAL,” Ms Sodeke said.