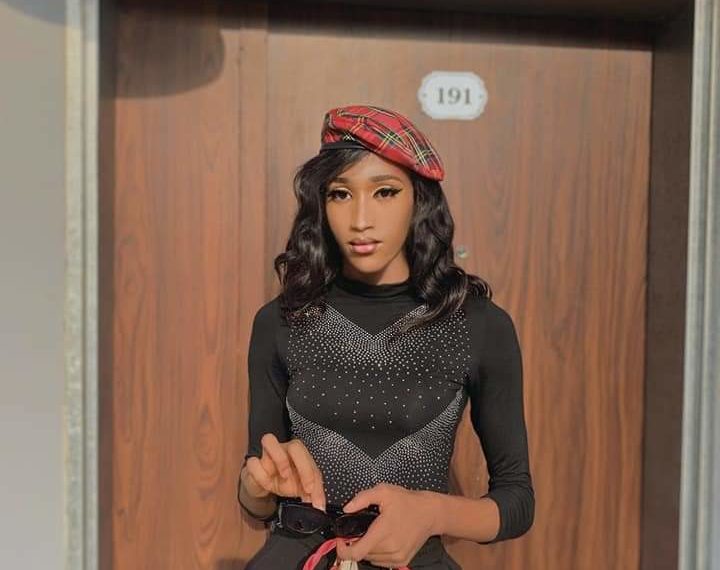 Jefferson as a cross-dresser

INTERVIEW: How I handle advances from men – Nigerian cross-dresser

‘‘I don't wake up any day and just cross-dress. It depends on how I'm feeling, I know one day I'll feel like a princess and wear my crown to church’’.

Cross-dressing is gradually gaining prominence in Nigerian society especially in the fashion industry. Although not generally accepted, the likes of Jefferson Ndoma have found a path for themselves in crossdressing.

Although he is originally a highly sought-after make-up artist, it does appear that with cross-dressing, he has found a new level of fame. Upon meeting him for the first time, you wouldn’t believe he is a boy even if you were told especially when he crossdresses. In this interview with PREMIUM TIMES, the 21-year-old University of Calabar sociology undergraduate, speaks about his craft and life as a cross-dresser in Nigeria.

PT: How long have you been cross-dressing?

Jefferson: Honestly, literally all my life, I remember how I’ll intentionally spoil my backpack so my mum would give me one of her handbags to improvise. I also recall how I’ll always like my outfit with a little touch of femininity, let’s say it’s pretty much always been there.

PT: Interesting, so at what age did you take up cross-dressing as your career or hobby?

Jefferson: Honestly, I don’t wanna brag but I feel like I took it more seriously when I had my own money to finance the things I want. This is because I feel like if you want to do something, it should be worth doing. 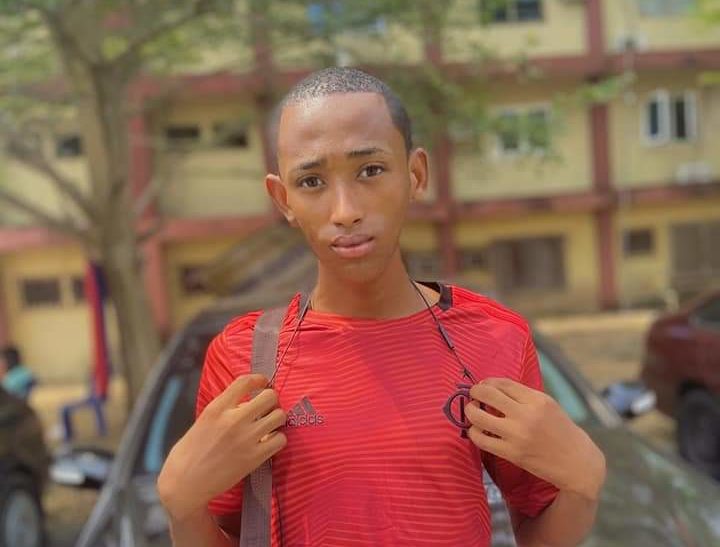 PT: Tell us about your childhood

Jefferson: My childhood was awful. Honestly, I wish I was as strong and smart as I am. I hated myself, my body, my family, and the society I found myself in. I was bullied and whenever I told people my dreams they will all start laughing. I was the kid who had no friends, who didn’t know how to trust, the kid who always talks to himself, the kid who was way too pretty to be a boy. I got tired or let’s say I grew through everything I went through, I learnt everything I know today the hard way including love. So, growing up was hard, but I’m sure my 10-year-old self would be so proud of me right now.

PT: Do your parents know you cross-dress now and what do they think about it?

Jefferson: My dad is late. I was raised by a single mum. She is the typical religious Nigerian mum, honestly, she isn’t very supportive about it but I know she loves me so much.

PT: Speaking of love and acceptance, how does your girlfriend react when you cross-dress?

Jefferson: I do not have a girlfriend.

PT: Do you attend Church, how do you dress to church?

Jefferson: Yes, I am a Christian and I go to church. Listen, personally, I feel like it depends on my mood, I don’t wake up any day and just crossdress. It depends on how I’m feeling,I know one day I’ll feel like a princess and wear my crown to church.

PT: So, you have never cross-dressed to church?

Jefferson: No, I haven’t.

PT: You spoke about mood, what inspires your cross-dressing?

Jefferson: As I said, it revolves around my mood. I am honestly inspired by other cross-dressers.

PT: Who is your favorite crossdresser?

PT: Do you think cross-dressing is ripe for an association in Nigeria?

Jefferson: No no no, the mental image of that is disastrous. I mean an association needs peaceful co-existence and mutual love, that is something I don’t see much around here. We don’t support each other so much.

PT: Does this mean Nigerian cross-dressers are in an unhealthy competition?

Jefferson: Personally, I ain’t competing with nobody, I’m trying to improve my craft. Unhealthy competition isn’t the word I think they ain’t mentally mature yet!

PT: Speaking of mentality, do you think cross-dressing is misunderstood in Nigeria?

Jefferson: Yeah, there’s always a misconception about cross-dressers and transgenders. Cross-dressing is also misunderstood because the people in the limelight aren’t sending the right picture or right representation, that way everyone judges others by their behavior.

PT: Do you think cross-dressing is becoming a thing in Nigeria?

PT: Do you think Nigerians would ever accept cross-dressing?

Jefferson: Yes with time and freedom from mental slavery and religious prejudices.

PT: How are you often described?

Jefferson: Honestly, that is one thing I don’t know. People have different perceptions of me. Some people think I’m that gender-confused kid, others think I’m sweet, others paint a picture of a girl who’s needy and controlling and can’t keep a man, so her coping mechanism is posting hot pictures.

PT: What other jobs do you do aside from cross-dressing?

Jefferson: Make-up and hairstyling, and I’ve been juggling them with studies

PT: Speaking of crowns, Bobrisky is said to have made so much money, does this mean cross-dressing is a lucrative business?

Jefferson: Cross-dressing isn’t a business, it’s a lifestyle. It is a culture, it is who you are…it’s not a business.

PT: Do you get advances from men as a cross-dresser?

Jefferson: Yes, I get advances from men, and I respect everyone’s sexuality, so I’m very careful with what I do and say around them because most of them don’t know I’m a boy.

PT: What’s your advice for young cross-dressers like yourself?

Jefferson: Self-acceptance is the key to being truly free. So love and accept the things you can’t change and everything will fall into place. It isn’t easy but it’s worth it at the end of the day.

Osimhen out of Salernitana match