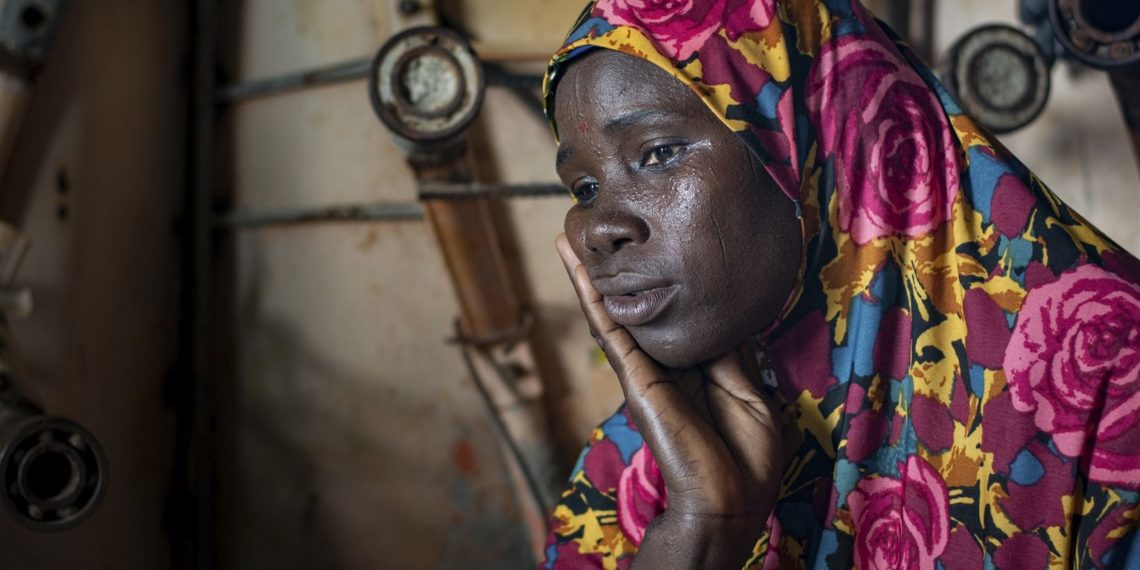 Families are central to search for Africa’s disappeared

Although armed conflict is the leading cause of people going missing, migration is increasingly becoming a factor.

The number of people missing across Africa appears to be rising. By the end of June, the International Committee of the Red Cross (ICRC) had recorded more than 48,000 missing across the continent – an increase of 4,000 since June 2020.

These figures account for just a small fraction of the total. Beyond those documented by the ICRC and the International Organization for Migration (IOM), no reliable information exists on how many are missing and for how long.

Most registered disappearances are connected to armed conflict, situations of violence, natural disasters and migration. Armed conflict in seven African countries accounts for 39,360 (82 per cent) of missing people recorded by the ICRC.

In recent years, governments and humanitarian organisations have intensified efforts to track and identify missing people, prevent disappearances and restore family links. However, the problem seems to be worsening. Greater awareness, more coordinated action and information exchange may help fix it.

Limiting the numbers who go missing is vital. For the ICRC’s Regional Director for Africa, Patrick Youssef, this means better collaboration between national authorities, non-governmental organisations, communities and humanitarian actors. He says although initiatives exist in most African countries, they aren’t always consistent.

The African Commission on Human and Peoples’ Rights (ACHPR) recent resolution on missing migrants and refugees and the impact on their families could help. Maya Sahli-Fadel, ACHPR’s Special Rapporteur on Refugees, Asylum Seekers, Migrants and Internally Displaced Persons, told ISS Today that it was important for the commission to take leadership on this issue.

She said the main step was for more African countries to ratify the 2006 International Convention for the Protection of All Persons from Enforced Disappearance. She lamented the slow pace of ratification or accession – it took almost four years to get the required 20 ratifications for the convention to enter into force. Of the 98 countries that have signed, only 64 have ratified (18 are from Africa).

Armed conflict and violence are the main reason why people go missing. However, migration is increasingly a cause – and a major concern, says Ms Sahli-Fadel. More and more migrants travel along perilous routes as options for legal migration in and out of Africa diminish. And for various reasons, they lose touch with their families and loved ones.

Some who are smuggled or trafficked across borders are arrested and detained without access to the outside world. Others might not want to contact their families until their situation improves or their immigration status is legalised. Not wanting to expose relatives to investigations or difficulties with authorities and criminal networks is a way to protect loved ones.

Without any information though, families continue to search. Many fear their relatives are dead, and the risks are indeed high. Almost 1 300 migrants died trying to cross the Mediterranean from Africa to Europe between 1 January and 31 August this year. On other African migration routes, by 31 August the IOM had recorded 513 deaths in 2021.

Mame Bara Ndoye, Secretary-General of Senegal’s Association of Families of Missing Migrants, says that knowing the fate of missing relatives was critical for many people. He was speaking at a joint ICRC–Institute for Security Studies (ISS) seminar to mark the International Day of the Disappeared on 30 August.

And since most of the missing are men, he said many families left behind were headed by women. In deeply patriarchal societies this brings its own challenges in relation to remarriage, divorce and custody of children, sources have told the ICRC.

These difficulties are also evident in Cameroon, South Sudan and Niger. Maman Aminou A Koundy, an adviser to the Appeal Court of Niamey in Niger, said the role of security services and the judiciary was critical. He emphasised the need for governments to efficiently issue identity and travel documents, document migration and trace missing persons.

Senior officials at the ICRC–ISS seminar shared this view. Zimbabwe Police’s Assistant Commissioner Crispen Lifa called for coordination among police at the regional level and through Interpol in the search for missing people. Beyond the state, he said, community workers should be trained on the importance of information sharing to help locate missing people.

While contexts differ, the same five ingredients are needed for responses to succeed, according to a new ISS-ICRC report on Africa’s disappeared. First, families have a central role to play. Authorities should support them and provide individual assessments and responses. To do this, governments must acknowledge the tragedy of missing people and deal with the multifaceted needs of their families.

Second, prevention and early action are needed to solve pending cases. Third, strong laws and effective protocols are essential, which means missing people and their families must be recognised under national law. Depending on the circumstances, death certificates or certificates of absence must be issued efficiently, along with services from a well-trained and resourced medico-legal system.

Fourth, authorities should consider establishing national and regional missing persons mechanisms and databases to clarify the fate and whereabouts of the disappeared. Finally, for those missing in the context of migration, committed inter-government efforts from countries along migration routes are vital. Procedures to search for and identify missing migrants are needed, along with information exchange and coordination protocols.

Underpinning all five of these action steps is the understanding that Africa must tackle the plight of missing people and their families, and that states must lead.

This article is funded by HSF. The opinions and statements in the article do not necessarily reflect those of the HSF. The article is part of a collaboration on missing persons with the ICRC.

You have betrayed us, Katsina lawmaker tells Buhari