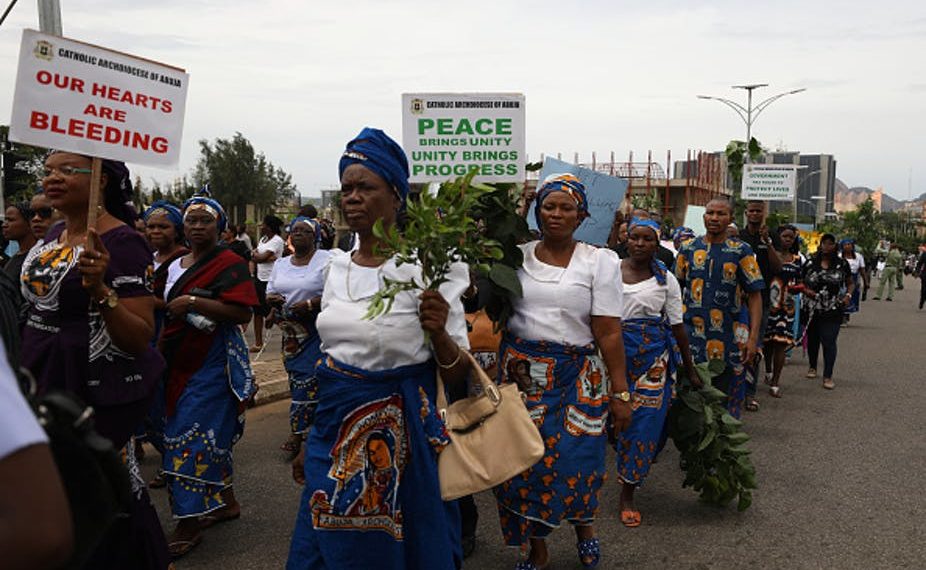 While the government has taken steps to deal with the violence, it hasn’t succeeded in stemming it.

The region is volatile, and highly susceptible to militia attacks and sectarian crises. There are also frequent clashes between pastoralists and sedentary farmers.

Data presented in my doctoral research show that in the last decade there were 1,412 incidents of conflict reported in the region and 7,399 deaths across the north central states.

North central is the fourth largest geo-political zone in Nigeria. It is home to 14.5% of the country’s population and consists predominantly of Christians, but has a sizeable Muslim population. The north central is a convergence of several minority ethnic groups who are mostly farmers. It is the third poorest zone in Nigeria with an average poverty headcount rate of 42.7%.

Over the years, the government has taken several measures to try and deal with the various conflicts. The most pronounced has been the deployment of the army to improve the security situation. But this has not managed to stem the various sources of conflict. In fact, there is some evidence that the conduct of soldiers tends to worsen the security situation. This in turn strains civil-military relations. For instance, in 2001, the military killed over 200 people in Benue state. They were supposed to be on a peace restoration mission in the state.

In my recently published PhD dissertation, I looked at the social, cultural and economic characteristics of residents living in the region. I examined the causes, trends and impact of violent conflict.

I particularly sought to identify what communities were doing to manage living amid so much violence and what factors influenced their resilience strategies. My aim was to provide information that could be useful to policy makers trying to manage conflict regions.

In chapter eight of my PhD, I looked at how social actors were engaging and responding to violent conflict in rural and urban areas. They included religious leaders, traditional institutions and community policing groups.

I did both qualitative and quantitative research. Primary data was obtained from residents through questionnaires and in depth interviews of 555 households.

My aim was to try and identify how communities were engaging with various institutions to foster peace and security. Institutions included religious bodies, civil society organisations, traditional justice system and community policing groups.

I also sought to identify what initiatives were being taken to cultivate peaceful coexistence. I spoke to people across different religious, ethnic and social backgrounds.

Residents I spoke to had established and maintained mechanisms to promote peace, tolerance, solidarity and respect for each another. For instance, in Benue and Plateau States, communities partnered with state-based civil society organisations. These partnerships led to the establishment of an accountability forum for fostering dialogue among pastoralists and farmers.

At the core of the indigenous conflicts management methods were: mediation, support through dispute resolution, community truth and reconciliation groups, inter−religious dialogues. And at the helm of this structure were traditional institutions of justice. These were supported by chiefdoms, lesser chieftaincies and district heads across the towns, cities and peri-urban neighborhoods.

The use of traditional justice systems and community policing were also very much in evidence.

In Jos, which is at the centre of the Middle Belt, disparate indigenous communities were well organised and enjoyed high levels of solidarity among themselves. These included inter religious dialogues where conflicts had been identified and resolved amicably. It was clear that people disagreed with one another. But community had managed to ensure that little conflict arose in the city.

One example was the community resilience forum in Benue state. Another was the youth and peaceful coexistence in community initiative in Plateau state. These initiatives provided community leaders, women and young people the opportunity to peacefully express grievances with the aim of healing.

The partnership between the state and non state actors also supported community policing. This approach ensured the security needs of all segments of the population were taken into account.

It encompassed activities aimed at: preventing the outbreak, escalation, and recurrence of violent attacks and assisting parties to end – or resist – impending attacks from criminal aggressors. It also involved addressing root causes such as the state’s inability to protect most citizens against violent crime and the proliferation of small arms and light weapons.

I found that people felt that the forum helped prevent conflicts in the communities. It did this by fostering cooperation between the people, vigilante groups and the formal policing system.

Some communities also took on civic education. This involved using media campaigns about training residents in conflict management and peacebuilding. There were also concerted efforts to include peace education in schools, religious institutions and through public dialogue.

I concluded that civic education had become a stabilising factor in most communities.

Numerous programmes and activities by non-governmental agencies are attempting to provide support efforts geared towards building community resilience. But there’s scant evidence of a truly supportive political effort to assist these efforts. The only exception is the Plateau Peace Building Agency. The agency is established by law to respond to the challenges of peace and security in Plateau state. It operates through strategic partnerships with state and non-state actors, and coordinates peace building interventions.

The absence of – or inadequate – support from government leaves communities to determine independently how to move forward, what works, and what is sustainable.

In my view, government collaboration with communities would be extremely effective. This would be particularly true when efforts are designed at the community level with ties to specific government agencies for additional support, expertise and enabling environment.

THE CONVERSATION IS PREMIUM TIMES SYNDICATION PARTNER. WE HAVE PERMISSION TO REPUBLISH ITS CONTENTS.