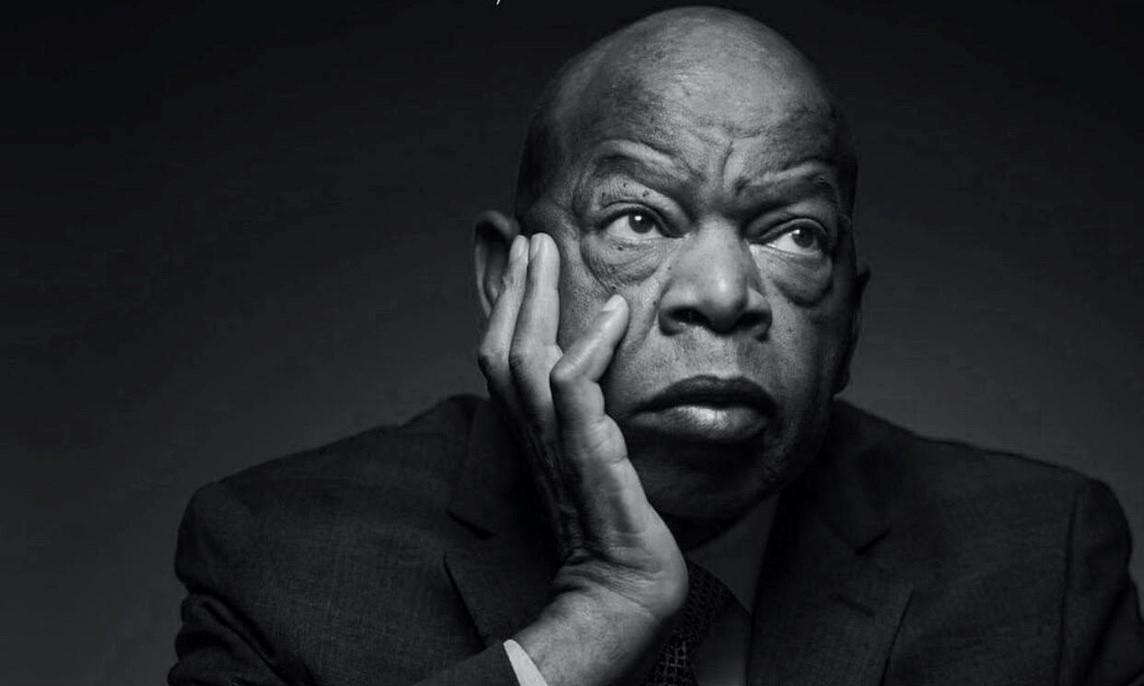 Congressman John Lewis, the son of sharecroppers and a proponent of nonviolence who was battered and beaten at Selma, passed away Friday night.

How fortuitous it is that while we mourn the loss of John Lewis, a veteran of some of the most pivotal moments in the history of the civil rights movement, we also observed Mandela’s Day Saturday.

George Santayana, the English philosopher and poet was right after all when he crooned, ‘there is no cure for birth or death save the interval.’

Congressman Lewis was a true champion for change. He battled and sacrificed for black people to have the right to vote. As one of the original Freedom Riders, he suffered a fractured skull at the hands of the Alabama State Troopers on Bloody Sunday on that bridge at Selma. He was the youngest speaker (only 23 years old) to speak with Martin Luther King Jr (MLK Jr) from the steps of the Lincoln Memorial at the 1963 March on Washington where the latter gave the famous, “I Have A Dream” speech. Mr Lewis was one of America’s famous civil rights leaders and was dubbed the ‘conscience of the Congress’. He represented Georgia State for 33 years.

He was a strong advocate of nonviolent protest. The essence of the nonviolent life, he wrote, is the capacity to forgive – “even as a person is cursing you to your face, even as he is spitting on you, or pushing a lit cigarette into your neck” – and to understand that your attacker is as much a victim as you are. At the bottom, this philosophy rested upon the belief that people of goodwill – “the Beloved Community,” as Mr Lewis called them – would rouse themselves to combat evil and injustice.

I was privileged to meet Congressman John Lewis five years ago in Washington DC- at the Embassy of Haiti specifically, where he was invited to come to share his experience and insights on issues confronting the globe. Meeting this enigma for me was one of the most poignant and surreal moments of my life. It was akin to taking a ride on a time machine. A trip exploring the remarkable life of the son of an Alabama sharecropper who became an icon of the civil rights movement and preserved his ideals through a career in Congress fighting for equality, fairness and justice. He has seen progress on this front, but “As a nation and as a people we’re not quite there yet. We have miles to go,” he said.

He spoke to my soul every time he used the phrase ‘good trouble.’ Mr Lewis after hearing MLK Jr. on the radio said, “I would ask my mother and my father and my grandparents, my great grandparents, ‘Why?’ And they would say, ‘That’s the way it is. Don’t get in the way. Don’t get in trouble.”‘ As he recalled in a 2015 speech, “The action of Rosa Parks and the leadership of Martin Luther King, Jr. inspired me to find a way to get in the way, to get in trouble – good trouble, necessary trouble.”

And good trouble he did get into – because sometimes it is good to cause trouble. John Lewis caused trouble for a racist American South in his early 20’s. He caused trouble for a conflicted congress once elected. His good trouble helped bestow on me rights he was born with. When I met with him, I knew I had not even scratched the surface in impacting my world. The many confrontations with authorities that I had read and watched on him showed a man who was deeply courageous and passionate about his convictions – one that aspired toward a Beloved Community. He said he had been arrested 40 times in the 1960s, five more times as a congressman.

Congressman Lewis through his life’s work has helped bend the arc of the moral universe (which Dr King alluded to as long) towards justice.

As former American President, Barrack Obama, rightly put it in his eulogy to the one he called a friend and mentor ‘”Not many of us get to live to see our own legacy play out in such a meaningful, remarkable way. John Lewis did.”