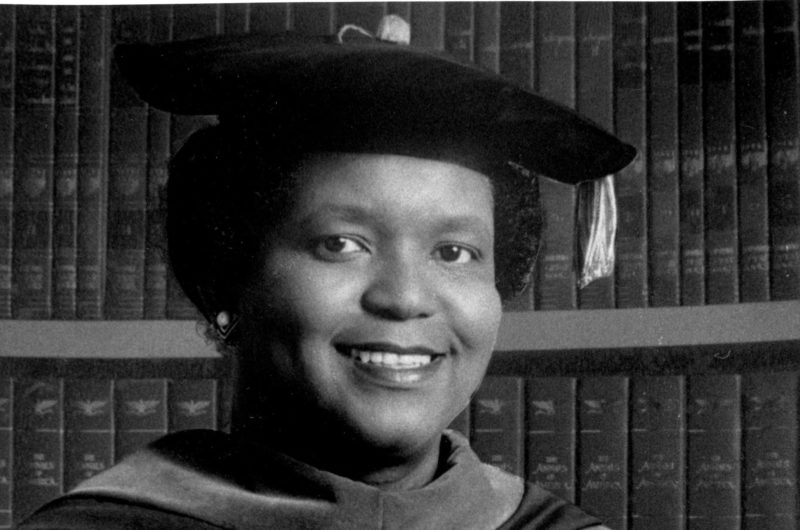 Professor Niara Sudarkasa, first female president of Lincoln University of the Commonwealth of Pennsylvania, has died at the age of 80 in Fort Lauderdale, Florida.

Prior to coming to Lincoln University, Sudarkasa was Associate Vice President of Academic Affairs at the University of Michigan in Ann Arbor, Michigan.

She was an anthropologist who came to the University of Ibadan in the 1960s to do research on her doctoral thesis on the Yoruba culture. She wrote copiously about Yoruba culture, especially gender relations in Nigeria and the evolution of the family in Africa and the United States of America.

Niara Sudarkasa obtained her PhD from Columbia University and served as an assistant professor at New York University from 1964 to 1967 and at the University of Michigan from 1967 to 1970. While at Michigan, she rose to become associate professor in 1970 and full professor in 1976.

She directed the Center for Afro-American Studies and was a research scientist for the Center for Research on Economic Development. She also served as associate vice president for academic affairs at the University of Michigan until 1986.

Once a Senior Fulbright Research Fellow and a member of the Council on Foreign Relations, Professor Sudarkasa was a member of 20 state and national boards at different points in her career. She was appointed by President Clinton to the White House Commission on Presidential Scholars and was one of five Americans who represented the U.S. on the 15-member Trilateral Task Force on Educational Collaboration linking the U.S., Canada, and Mexico.

A recipient of 12 honorary degrees from U.S. and African universities, Professor Sudakarsa was one of 75 women included in Brian Lanker’s I Dream A World: Portraits of Black Women Who Changed America. She served as a Director at Academy for Educational Development, and at Management Education & Training Limited.
A renowned anthropologist, Prof. Sudarkasa was an authority on the roles of African women, Yoruba trade and migration in West Africa, and the African and Afro-American family structure.

She is survived by a son who currently resides in South Africa.

Some of my colleagues don’t read – Nigerian Senator