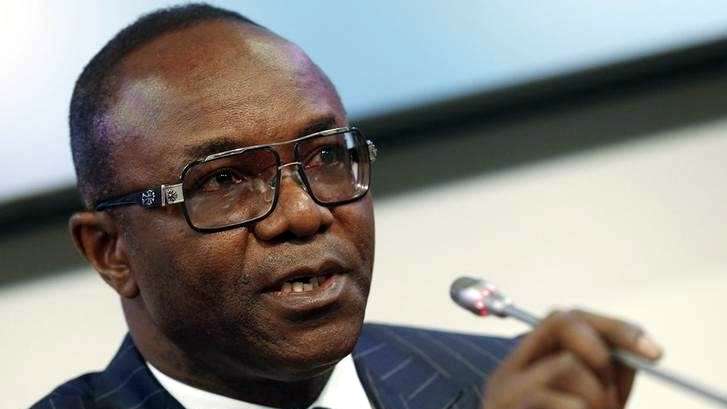 SATIRE SATURDAY: Fellow Nigerians, here’s how to ‘Kachikwu’ your way to the top

Kachikwu. A three-syllable endearing, fascinating noun, at least for many Nigerians. But for SATIRE SATURDAY, beginning Thursday night when it finally metamorphosed, that word has become a verb.

To be sure, before now, it functioned prominently as the name of a serving Nigerian minister, regarded as one of the most refined minds in this administration. But effective Thursday evening, it now functions as a verb: ‘Ka-chi-kwu’––to shamelessly manipulate and distort facts in a way so brazen and audacious that it murders, and violently so, every element of logic and decency.

Earlier on Thursday, PREMIUM TIMES published a fact-check which clinically showed how Mr Kachikwu, on several platforms, lied about his class of degree––both at the University of Nigeria and at the Nigeria Law School. Aside details of his Wikipedia page, the newspaper provided graphic, incontrovertible video evidences, and that’s in addition to details of the minister’s profile on the website of the ministry he heads.

But by evening on Thursday, Mr Kachikwu’s Petroleum Ministry had murdered logic and decency. Idang Alibi, director of press at the ministry, supplied the most unimaginative alibi (pun unintended!) I have ever read: the minister only claimed that he had a first class performance and not a First Class Degree. (Watch video here and be the judge) Apparently banking on the support of this government’s alleluia crowd on the internet, Mr Alibi said the minister did not lie about his class of degree––despite the naked video evidences staring everyone in the face. Ah, what an imaginative ALIBI (again, pun unintended)!

Now frankly, Mr Kachikwu’s assault on semantics and the fact that he seems to be getting away with it remind this writer of the ‘Amukun’ phenomenon in Yoruba pragmatics. And at the centre of this sad development lies the bane of this nation. Let’s digress.

First, Kachikwu and his strategists, SATIRE SATURDAY opines, replied Premium Times Thursday night when they knew Nigerians were fixated on former President Olusegun Obasanjo’s endorsement of Atiku Abubakar and would pay little or no attention to the details of his own ordeals. And the strategy worked; or so it seems. One cannot read through his cringe-worthy response to the report detailing his dubious ‘First Class’ claims and not be in pains, ala Fayose.

Kachikwu is brilliant and has achieved so much for himself and so his dubious claim was needless, frankly. Class of degree is not the ultimate measure of brilliance. Many of the most brilliant, most imaginative folks around do not parade ‘first class’ certificates. So, as many have wondered, why would the minister serially tell such a barefaced lie?

Here is the big deal: Mr Kachikwu earned a PhD and must have been trained in the fundamentals of Rigour and Optics. He surely understands semantics and as a lawyer, can educate many on the legal concept of Passing-Off, too. So he is not daft.

The deal is Kachikwu knows the Nigerian crowd and he knows what the optics of such dubious, even if unimaginative, manipulation of semantics could do to perception. And in Nigeria’s chaos-ridden field of politics where the dead could be so appointed into juicy positions, perception is everything – and this was much evident in the reception that trailed his comment at the COZA programme.

Perception could determine how far you would go in this chaotic space where people pay little or no attention to details beyond the buzz. Frankly, perception is largely why a Tunde Fashola, banking on accolades garnered from cash-fueled reviews in the media when he held sway in Lagos, would, in what many has rightly adjugded a clear assault on logic, be so entrusted with three strategic ministries!

But if you feel bad about the COZA reception, you obviously have not been following the reactions that trailed the minister’s rebuttal on Twitter and elsewhere. He’s been hailed as a decent Nigerian official for promptly responding to the ‘nonsensical blackmail’ and, expectedly, a few have chosen to attack the platform that exposed him.

So in essence, even if the serial liar (who incidentally is also a lawyer) knows in his heart of hearts that he LIED and evaded all evidences (including graphic evidences on the website of the oil ministry that he heads,), some Nigerians – largely BMC new recruits undergoing internship before confirmation ahead of 2019 elections – who saw all of these evidences have said that the medium is the ‘overzealous’. You need look no further for the genesis of our woes as a nation.

I am presently reading a book on development and something struck me in the book a few days ago. The author, while dissecting the numerous challenges facing his local environment, averred that if a society cannot clearly define and label as evil what we so carelessly describe as ‘small-small’ misdeeds, such society may never fix other big challenges. It is difficult to disagree with him. Yoruba people have a little lesson in this context, precisely in what I call the Amukun phenomenon.

At the heart of Yoruba peoples’ often hilarious yet didactic phraseology is the ‘Amukun’ phenomenon. The original saying goes thus: “Amukun eru e wo, (o ni) oke le n wo…e o wo isale”. Yoruba loses its flavor when translated but here is a contextual meaning: “A distorted state of affairs can often be traced to an equally distorted foundation (on which the affairs are being conducted)”. To situate it in the Nigerian context, one would need to picture the foolhardy act of expecting a public servant who so shamelessly lies about basic, verifiable things like his class of degree not to lie about opaque and largely difficult-to-verify concerns like contract terms and payments.

In other words, at the base of Nigeria’s unquantifiable woes––poor road network, no water, no power etc––is our failure to pay attention to tiny details that serve as the fabrics of most functional societies. And because our leaders understand this, they exploit this to the full even if they dare not do same in societies they travel to for education and relaxation. Maybe until we realise these tiny details are so fundamental to building a sane society, we may not get it right. Maybe.

But in the meantime, Minister Kachikwu has shown every young Nigerian hoping to climb the success ladder (especially in politics where, if you blow not your trumpet, no one would do it for you) how to ‘Kachikwu’ their way to the top: embellish your paper qualification to garner favourable reviews and, who knows, appointments but be quick to feign ignorance if eventually busted.

And, finally, in case they need to reference the original source of this ingenious idea, he remains Dr Ibe Kachikwu––an otherwise brilliant and hugely accomplished lawyer.