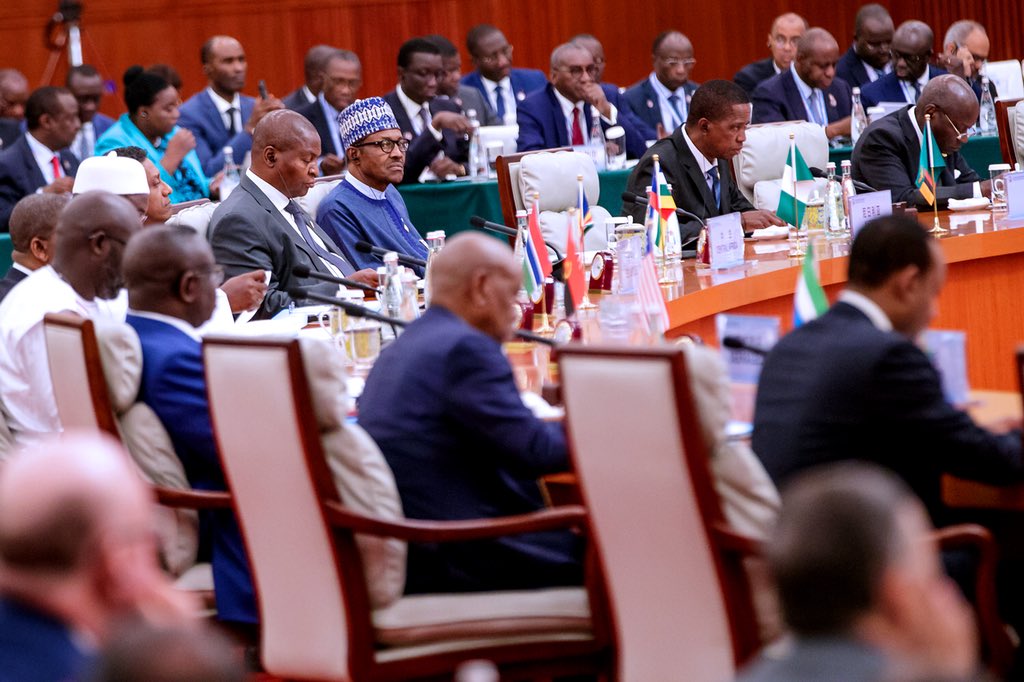 SATIRE SATURDAY: Our fathers, who art in China

Penultimate week, African leaders, notably presidents and heads of government, were in China for the Forum on China-Africa Cooperation (FOCAC) in Beijing. The leaders and heads of government were about 50 in all, with the exception of government of eSwatini, which remains committed to its alliance with Taiwan. All of these African states are hoping to get a share of the $60 billion for development projects that president Xi Jinping announced at the conference, which comes on top of billions previously pledged.

First, the word ‘fathers’ in reference to the African leaders in the above title may appear cheeky, but I will come back to that.

The debate on whether Africa needs aid or not is always problematic, and in this case, may be needless. The continent, largely through the ineptitude of its leaders, has plunged itself into the ditch of underdevelopment and may not come out except if help comes from the East or the West. For decades, many have argued, its alliance with the west has left it more vulnerable, fueling pessimism among the people as the continent again crawls to the east for help. It is not even helpful that its relatively leading lights, notably Nigeria, has not shown credible leadership as it has been a colossal failure, dashing all hopes and expectations.

Now to be sure, Nigeria is not essentially a rich country, contrary to popular notion.

Yes, Nigeria has oil but it is not oil-rich. With over 180 million people, the nation pumps an average of 1.8 million barrels per day. So invariably, about 90 Nigerians share a barrel of oil produced. That is a far cry compared to three Saudis (producing 10 million bpd; 30 million people); 1.44 Kuwaitis (2.8 million bpd; 4 million people) and 1.69 Qataris (1.5 million bpd; 2.5 million people). So, for years, the argument has been that it would need to borrow to support industry, fix roads and rails and housing deficit, and create jobs, by extension. Fine. But I have always argued that while the idea of borrowing is quite delicate, given its complication, the biggest concern is our inability to block wastage.

In the last two or so years, Nigeria has raised its tax to GDP ratio to about 10 per cent from about 7 per cent, with the prospect of more with respect to the government’s reforms in tax administration. But again, our debt to GDP ratio has risen in the said years, averaging 21 percent. Many have raised concerns around this figures, which is poised to balloon as the government keeps moving toward borrowing. Yet when we beam the searchlight on massive losses the nation records in the oil sector, occasioned largely by poor governance and bad contracts signed in the past, vis a vis the huge corruption that has fueled the entire governance architecture of the nation since independence, one may have found answers to the question of Nigeria’s viability.

Supporters of the new romance with China have pushed forward one rationalization: that the structure of Chinese loans, which gives little or no room for diversion, and is often tied to developmental projects, makes it a better option compared to the West’s. It’s near-impossible to disagree with this notion, even if Angola has shown that the structure may still not prevent corrupt elements (on both sides) from tampering with the arrangement. Again, more importantly, people gloss over the Chinese’ human rights records, which they masquerade as non-interference, which people in turn spin as favourable for Africa’s independence, especially as it relates to the west’s admittedly meddlesome tendencies. But whether the Chinese would be meddlesome or not is dependent on time, anyway, especially as it struggles to maintain its ‘One China’ principle.

The biggest worry, for me, about this handshake with Bergin, is that no serious conversation is being held around the loan arrangement. Similarly, we do not seem to be aware of the concerns around this loan, especially with regards to the realities of other nations. The China Exim Bank, for instance, gives the concessional loan while the Ministry of Commerce assigns a Chinese contractor to execute the project––of course with ripple effects on the economy of the recipient country. And from Angola to Zambia, from Malaysia to Ghana, there are numerous concerns around which we could birth conversations.

In 2010, the national hospital in Luanda, Angola’s capital, witnessed what residents called a ‘quake’, and a few officials were quickly evacuated from the facility. That was shortly after it was built. It took about five years of reconstruction before it resurfaced. There have been concerns on the quality of roads constructed by the Chinese, not from apparently biased western media, but from indigenous journalists and independent media in Angola. Details of Chinese human rights records in Luanda, the near-total takeover of the Angolan construction sector, and its ripple effect on how the poor have been crowded out, making Luanda the most expensive city at a time, are well documented. Of course, Angola also provides an exception to the biggest rationale for the Chinese loans––the fear of diversion of funds––as officials on both sides have been alleged to have meddled with the arrangement.

Although the Zambian government has typically refuted the claim, the government and civil society actors are currently at loggerheads as the nation risks losing some of its vital assets to default in loan payment. The Malaysian government recently called for a review of an arrangement with the Chinese government, following what local media said were some clauses that may have shortchanged the recipient.

In Ghana, the local media reported that there have been concerns raised with regards to the loan, and past agreements, with questions flying here and there among citizens. In Nigeria, however, the closest we have had to a decent conversation is the scaremongering on the one side of social media divide, and the serial bashing of western aid on the other divide. For now, details of the loan and its various clauses remain sketchy.

In 2015, President Muhammadu Buhari was quoted to have said that Nigeria did not need aid from the world superpowers, that all it needed was to block wastage.

It will be interesting to know what has changed over the years, with regards to the president’s conception of aids and its desirability. For a nation that may have received from Abacha loot in 2018 almost equivalent of what it seeks to borrow from China, the logic may be sound, somewhat.

Frankly, no one should be blind to the frenzy in western media over the Chinese deals. It is largely not in the interest of Africa; rather, it’s restlessness fueled by the fear of losing one’s old prey to a rampaging competitor. In essence, while it’s important that one separates the chaff from the wheat especially in the midst of the fad that is Chinese bashing among partisan western media, it is also important that the concerns are scrutinized deeply. In the end, all gestures should be handled with caution–––whether from the West or from the East. Ultimately, only Nigeria, and indeed Africa, that can rescue the nation/continent from itself.

And finally on the choice of the word ‘fathers’ in the above title, there seems to be a justification: If a continent whose youth population is estimated to be way above 60 percent has the average age of its presidents hovering between 62 and 65, referring to them as fathers––if not ‘ancestors’––may not be overly inapt.

* Oladeinde tweets at @Ola_deinde and could be reached via olawoyinoladeinde@gmail.com