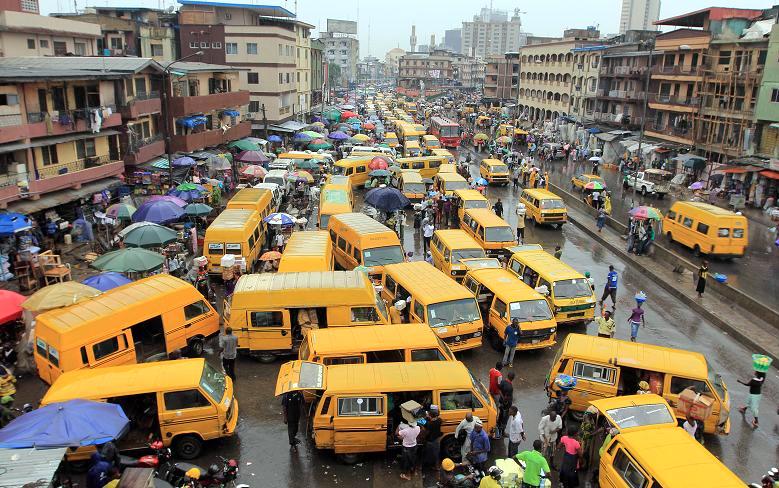 SATIRE SATURDAY: Why your Lagos Landlord may hate you (1), By Oladeinde Olawoyin

Now these are mere generalisations, far away from what millions of Lagos landlords and tenants represent. But because the city is a haven of chaos, it is unlikely that those who fit these descriptions do not reside in this city. At least based on the daily contents we get from Lagos radios.

The landlord-tenant tango is no rare spectacle in the metropolis. The metro sections of our major newspapers contain graphic documentations of these: of landlords pouring acid on tenants; of tenants sleeping with landlord’s children; of both parties locked in un-negotiated barter agreement with their wives in the ‘other room’. They are there in our newspaper archives; ditto internet links of the web-based ones.

So it is plausible that in the spirit of conflict resolution, SATIRE SATURDAY comes up with a template that could help prevent these needless squabbles. But as every student of Peace and Strategic Studies knows, the first step towards conflict resolution is identification of conflicting values. Against that background, it is important that we identify why the Lagos Landlord hates you–––you, the Lagos tenant.

The Lagos landlord hates a serial-procreator: the one who produces children every quarter of the year. It follows, logically, that the one who respects no season when it comes to visiting his wife’s ‘other room’ and ballooning the city’s headcount, has no respect for the almighty UN and its population control initiatives and the safety of the world and, ultimately, we its people. Such person, a clear danger to the world, does not deserve anybody’s empathy.

The decision to own a football team in his room is personal, to be sure; but owning a football team (with extra children on the bench) in the name of a family has its communal disadvantages too, frankly. And, therein lies the logic of the Lagos landlord and, ultimately, the cause of his hatred.

First, as it is in Ajegunle and many other places where Lagosians dwell in Face-me-I-face-you apartment, a ‘football team’ family increases the propensity of the public toilet getting filled quite easily. The 19-man family’s excretory contributions to the ‘Yard toilet’ in a day may be equivalent to what a bachelor will contribute in, say, two months. Yet, both would end up paying same amount for their single room apartment. Now, that’s injustice and it is the number one enemy of the Lagos landlord. He hates injustice–––if, well, he is not the beneficiary––– and the person who perpetrates it.

Secondly, waste management is a huge headache in Lagos today. The Lagos government has had to bring together some of its best eggheads, to tackle the menace. Lagos landlords too have taken up the responsibility to support the cleaner Lagos initiative. But with a Basketball-team family, yours is most likely going to be a stumbling block in the realization of the dream.

If your one-year-old son, for instance, does not eat biscuit and drop the nylon on the floor, your seven-month old baby would soil his pampers––or torn Ankara clothe or whatever you use to wrap his buttocks; if another two-year -old daughter does not defecate on the verandah of the compound, another two-years-eleven months-old would dump feaces-wrapped pampers beside the general kitchen. Trust me, given the Lagos landlord commitment to the Cleaner Lagos Initiative, he would hate you and yours; no ifs, no buts.

Again, if you or your wife deal in locust bean (Yoruba people’s ‘Iru’) or you sell Ponmo, your Lagos landlord may possibly hate you. The hatred will be minimal if you don’t default on payment of house rent; it will be intense if you are a serial debtor. And, frankly, who tortures others with debt and, as though that’s not enough, odoriferous smell?

Some Lagos landlords are anti-corruption crusaders, like Nigeria’s numero uno. So once the meal budget overshoots that of satchet milo and Peak Milk choco, it becomes suspicious. And so they are allergic to seeing tenants eat unusually expensive meals.

It is not doubtful whether you wouldn’t be an object of scorn if you binge on Garri Ijebu and Kulikuli all day and night, but it is crystal clear you can’t be hauling Shoprite nylons into your room every other day and remain your Landlord’s favourite. It becomes more serious if he does inspection in the kitchens: investigate what tenants cook and juxtapose against their payment schedule on the one hand, and their possible earning on the other hand.

So beyond house rent payment, the Lagos landlord is an anti-corruption crusader and there are few indices of corruption than the content of a tenant’s pot.

Aside your family’s population density and your demeanour in the ‘compound’, your choice of profession, or hustle as the case may be, could make your Lagos landlord hate you. So before you decide if you would have to change your job to enable you exit your Lagos landlord’s black book, just chill. And join me next week.