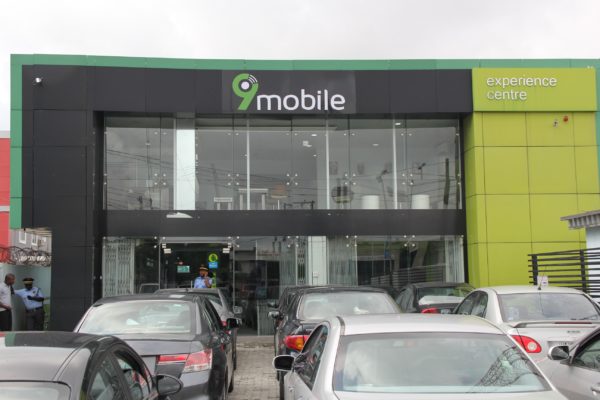 ANALYSIS: The many twists, turns fuelling confusion in 9Mobile sale

A preferred bidder has been chosen for the sale of 9Mobile, PREMIUM TIMES has learnt. But this preferred bidder is likely to face several obstacles, including court cases, in buying the troubled telecommunications firm.

At the threshold of a possible resolution of the uncertainty on January 12, the Federal High Court, Lagos, gave a ruling that appeared to have upset the process, darkening the cloud of uncertainty over the survival of the firm reputed to be Nigeria’s fourth largest telecom operator.

On that day, the court ruled to nullify the January 16 schedule for the conclusion of the sale of 9Mobile to a new buyer. The original deadline for the sale was December 31, 2017.

In the July 3 ruling, the Federal High Court, Ikoyi, presided by Justice Ibrahim Buba declared that the constitution of an Interim Board for 9mobile by the Nigerian Communications Commission, NCC, and the Central Bank of Nigeria, CBN, in the wake of the crisis in June 2017 was in order.

Since June last year when the crisis began with the exit of Mubadala Development Company as Etisalat’s largest shareholder, the company has undergone several motions in a desperate bid to survive. Yet, the end appears not in sight.

Mubadala, an Abu Dhabi Government-owned investment and development company, controlled about 70 per cent of the shares in Etisalat along with Etisalat UAE mobile.

Its exit from Etisalat triggered a groundswell of connecting developments, which left the telecoms firm gasping for breath.

The group had followed up with an announcement on the Abu Dhabi Stock Exchange of its decision to transfer 45 per cent of its equity and 25 per cent of its preference shares to United Capital Trustees Limited, the legal representative of the lending banks.

Also, Mubadala and Etisalat Group-appointed non-executive directors, all nationals of the United Arab Emirates, later resigned their appointments, leaving only 30 per cent shareholding by EMTS promoted by Hakeem Bello-Osagie, a Nigerian.

The real genesis of the crisis, which caused Mubadala to pull out of the company, was allegedly the mismanagement of a $1.2billion syndicated loan procured from a consortium of 13 Nigerian banks.

The foreign-backed guaranteed bond was procured in 2013 to finance a major network rehabilitation, upgrade and expansion of Etisalat’s operational base in Nigeria.

Those familiar with the loan said Mubadala Group officials were angry that records of the loan repayment were untidy.

Following protracted disagreements between the company and the consortium of banks over the debt repayment, Mr. Bello-Osagie, who was the former board chairman, was forced to resign. He was followed later by then Chief Executive, Mathew Willsher, and other top officials.

United Capital Trustees Limited, which emerged from the ashes of the crisis as the receiver-manager appointed by the consortium of 13 banks had threatened to take over Etisalat and sell it to recover their loans.

But, the NCC and CBN had intervened by persuading the banks to reconsider their threat and allow the recovery of their debt through the sale of the company to a financially viable investor.

With that understanding, the NCC and CBN announced the constitution of an interim board for the company, which took 9Mobile as its new business name.

They appointed the deputy governor of CBN, Joseph Nnanna, chairman of the Board, with members including Oluseyi Bickersteth, Ken Igbokwe and Funke Ighodaro. Boye Olusanya was named the new Chief Executive.

The two regulatory authorities later appointed Barclays Africa as the transaction financial adviser with a mandate to conclude the sale of 9Mobile latest by December 31, 2017.

To realise that mandate, Barclays had submitted its recommendations to the interim board for the selection of five prospective buyers from a list of 16 that expressed interest and submitted bids.

However, following the court process filed by Spectrum Wireless Communications in December 2017, the initial deadline for the sale of 9Mobile was shifted to January 16, 2018.

But, the January 12 ruling of the Federal High Court, Lagos against the January 16 fixed for the conclusion of the transaction stirred fresh confusion.

In requesting the vacation of the July 3, 2017 order, Spectrum Wireless argued the ruling was granted in error, on the premise of false representation of facts to the court.

Spectrum Wireless said as an investor with about 17.5 per cent shareholding in the company valued at over $35 million, no legal decision should be taken, particularly about selling 9Mobile, without factoring this into the calculations.

It asked the court to halt the planned sale of 9Mobile to allow for the issue of its investment to be sorted out before the emergence of a new investor.

Besides, it said, the interim board should not be allowed to remain as security trustee nominees of the 9Mobile.

Although silence by the regulatory authorities and parties to the transaction appears to have heightened the confusion over the current status of the bid, those familiar with the issue told PREMIUM TIMES on Tuesday that United Capital had since cleared the doubt by filing an appeal.

“There was no stoppage of the bid process by the court ruling,” a source close to the NCC said. He requested not to be named as he was not authorised to speak officially on the issue.

“An appeal was filed against the January 12 ruling. The Supreme Court ruling on matters like that is that once an appeal has been filed, parties shall maintain status quo.

“In this case, the status quo at the time the order was given was that the process to sell 9Mobile was already on. So, after the appeal, the process continued.”

When contacted, the NCC spokesperson, Tony Ojobo, said, “There is no confusion in the process. Things are going on as planned,” in a brief response to a text message. He did not give any further details.

But, PREMIUM TIMES learnt that Teleology Holdings Limited and Smile Telecoms Holdings were submitted to the NCC as the selected preferred bidder and reserved bidders respectively on the recommendation of Barclays Africa.

While Teteology made an offer of $500 million, Smile Telecoms reportedly offered $300 million, with their status subject to NCC’s final confirmation.

Teteology was however given 30 working days within which to pay the offer or forfeit its position to the reserve bidder. The deadline for the payment is expected to lapse sometimes in the middle of March.

Asked to confirm the report of the preferred bidder, Mr. Ojobo declined. “We don’t work with rumours,” he said in another terse text message without giving details.

When PREMIUM TIMES contacted the spokesperson of 9Mobile, Seyi Edo, on Tuesday, she referred our reporter to Barclays Africa, which is handling the bid process.

“The whole matter is in Barclays African hand. We are not allowed to say anything about it. You may wish to also speak with the NCC,” Ms. Edo said.

PT State of the Race: Tinubu’s “lost” certificates and Wike’s message to Atiku