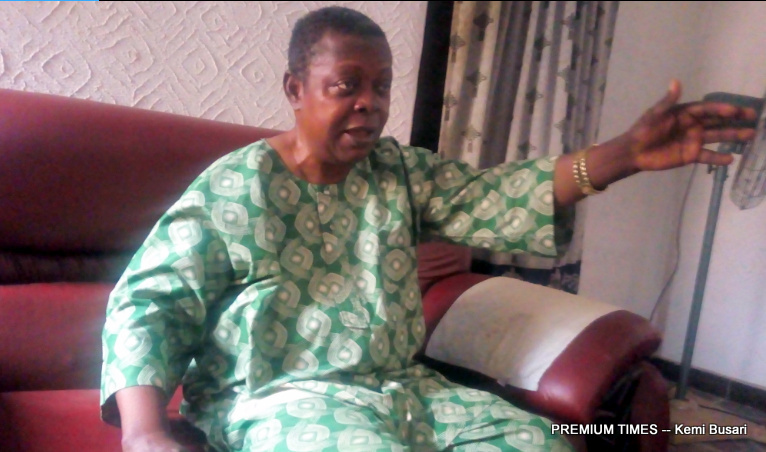 After a career that spanned over 35 years, Charles Adesanmi retired as the director of the Nuclear Technology Centre, NTC in 2013. In this interview with Kemi Busari, the nuclear and radiation physics expert, who was also a research fellow at the Centre for Research and Development, CERD, Obafemi Awolowo University, OAU, speaks on electricity shortage in Nigeria, the prospect of bridging the deficit through nuclear power generation and the feasibility in an already-burdened economy.

What is the prospect of Nigeria using nuclear technology to generate power?

The prospect is high because we already belong to the international organisations that work on the use of nuclear power. In fact in 2006, Nigeria was one of the six countries listed in the IAEA report of United States that they will assist in their nuclear programme because at that time, all the major equipment that has to do with nuclear programme, we had them and they were working.

We had the reactor at Zaria, the accelerator at Ife and Gamma irradiator at SHETSCO. And we had many people that were trained in this area. With all these facilities working, the next step is a nuclear power programme.

Considering that we were at this level in 2006, why have we not harnessed the potential?

There are two issues that may be inhibiting our use of nuclear energy for electricity. First of all, anything that has to do with power generation requires a lot of money. If we are unable to adequately fund hydro, solar, coal, gas, how can we be talking of funding nuclear which is more expensive?

They get scared once we talk about nuclear. There was a time we wanted to get a reactor in Ife and the school registrar said as soon as we get it, he would resign. Imagine at that level. Such people are many in the political and administrative circle. Mentally, their brain is telling them believe Nigeria cannot manage it.

What is the comparative cost of nuclear technology for power generation to other sources?

Though nuclear is more expensive but you don’t need money for maintenance. In the long run it is more profitable than others. Once you construct a nuclear power station, you will operate it for about 50 years with little or no maintenance. All you need to do is just fuel.

In monetary terms, how much will it cost Nigeria to construct a nuclear power plant for power generation?

I don’t know what the figure could be now but I was in a committee that wrote a report on nuclear power generation to Obasanjo in 2003. As of that time, we needed $2 billion for generation of 1000 megawatts.

Is it possible for Nigeria or any other country to depend solely on nuclear power?

It is not possible. Even the international body will not allow it. Very few countries go beyond 20 per cent. There are countries that have up to 75 per cent. Those ones don’t have oil, hydro or coal. Countries like France and some others. USA has about 20 per cent of their energy programme from nuclear.

Considering that the current nuclear facilities are not working maximally, is Nigeria really ready for a nuclear power programme?

We have more nuclear scientists in Nigeria than Ghana, even in multiples, but Ghana has been using a gamma facility for the past 10 years. I don’t think we are really not using them maximally.

Our problem here is that we don’t put money where our mouth is, we say something and we do something different. It is unfortunate that we are not really investing in the nuclear programmes especially in the power sector and that is the problem.

The reactor and accelerator has been used to some extent but for the gamma, it is complicated. Some people don’t want that thing to work. They don’t want to eat irradiated foods. Promotion is another problem.

Many people don’t know we have these facilities or what they do. For instance, when I was managing the gamma facility, the politicians will come and be surprised that we had such but when you say you want to do promotion the administrative bottlenecks will say no.

There are some people at the top who are suppressing those efforts. They will say don’t kill your people. How can you be radiating foods when they say radiation is bad but when they are sick, they will stand in front of x-ray, they eat apples and many other imported foods which have been radiated.

Nigeria had an agreement with Russia to build four power plants, with the current economic stature, how viable is that?

Any investment in Nigeria will surely yield a lot of profit. Russia is ready to partner with Nigeria and they are ready to put money into it. When they construct the power, people will pay for it. They money we spend on our hand-sets is enough to pay for power.

The government needs to invest but the government doesn’t have the money. When you hear Fashola (power, works minister), he will say they commissioned 300 or 400 megawatts, why can’t they do 4,000 at once. It’s because of money.

The analysis is that we need about 80, 000 megawatts to be self-sufficient and we are talking of 1000 megawatts costing about N700 billion. The way forward is to ask these countries to come and invest. We need to be serious about it and make financial commitment.

If we say we have $20, 000 billion dollars and seek help from these developed countries they will come to our aid. They will bring the technology, build, own and run it. The arrangement should be that Nigeria should be earning from their profit, like 40 per cent. From there, the government will recover the investment.

How climate change-friendly is the use of nuclear source for power generation?

That is the area nuclear has advantage over most others sources. It is completely environmental-friendly. The fear of nuclear accident has been reduced drastically. In hydro, you will see flooding when there is excess water but in nuclear, hardly do we have a nuclear accident.

The world has been operating nuclear power programme for the past 50 years now, how many accidents have we seen? Very few, maybe one or two.

The reason is that in the design, there are three stages of protection such that if one fails, another will pick up and the three cannot fail at the same time. There is what we call defence-in-depth and this makes the nuclear programme more secured.

Considering the number of inconsistencies in the past, what do you advise as way forward?

The government should completely review and overhaul the power programme. About 20 per cent of any funds available for power programme should be channelled to nuclear.

We cannot be talking about 200 megawatts when we are going to 80, 000. Also, it is wrong to lump other ministries with power when we know we have problem in that sector. For power alone, there should be a minister and a minister of state. Not to put one person in charge of three.

The government should use all its diplomatic relationship to woo friends of Nigeria to come and invest and they (government) should be prepared to invest to demonstrate to them (investors) that they are serious.

Murray pulls out of Australian Open