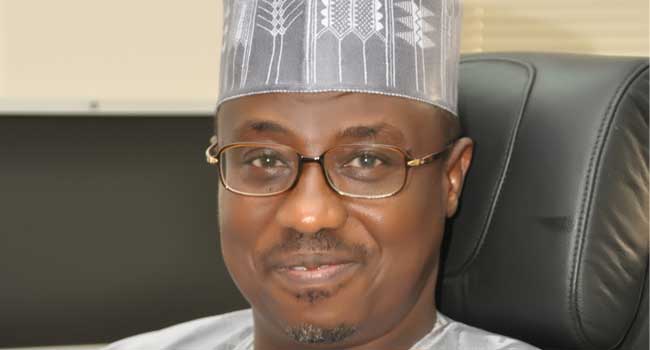 Many people have danced to the imposing Twin Towers in the Central Business District of Abuja in celebration of their appointment as helmsmen of the Nigerian National Petroleum Corporation, NNPC. Why not? It is an exalted, career-peak position many people will lobby or die for, but it is certainly not a walk-in-the-park job.

Some of the people, including thoroughbred professionals, who made a song and dance of it, left the position with heads bowed in shame and their image shredded; while some others left seething in anger, with bruised ego.

Both are reasons a former MD of a multinational oil company declined sometime ago when he was offered the reputation-on-the-line job.

Experienced as Maikanti Baru was, he was appointed into that position in a strong headwind of rumours; even as industry insiders knew it was only a matter of time for him to mount the position.

‎Yet, some of them were not unaware of the fact that some promotions to reward hardwork and excellence on a previous job are sometimes counterproductive to the beneficiary and the system at large. They call it the Peter Principle.

Mr. Baru turned one year as GMD of NNPC on July 4 with his reputation intact or even soaring; and although there was no celebration, a lot has been achieved to allay the above fears; and future challenges clearly defined.
‎
A man who knew the industry and the system at the Twin Towers very well, he would have known if there are banana peels in the Towers, as they say exist at the National Assembly. He has the added advantage of humility and a God-fearing nature for discernment and effective leadership. According to John Boldoni in the Harvard Business Review, “A sense of humility is essential to leadership because it authenticates a person’s humanity.”

Mr. Baru assumed office with a clear vision to turn NNPC into a commercial and profit-oriented corporation. He rolled out 12 key Business Focus Areas for focus in support of the Seven Big-wins initiative launched earlier by President Buhari and Ibe Kachikwu, the Minister of State for Petroleum Resources, as part of a business drive and investment focus of the federal government. Many industry executives believe that together, President Buhari, Kachikwu and Baru, provide the best industry leadership the country has seen in many years.

Mr. Baru assumed office amid heavy rumours of a rift between him and his ‎predecessor, Mr. Kachikwu, who had commenced reforms in the corporation for efficiency. Mr. Baru would not be distracted by the rumours or muddy the water; he got on well with Mr. Kachikwu, continuing from where he stopped, although he would make some changes himself.‎

Even people, who watched out for tell-tale signs of rift in body language, or optics, as it is now called, were to be disappointed. Experienced people know that when high profile changes are made, friends and contractors wage proxy wars in the media. It would seem that was what happened!

Mr. Baru continued the culture of transparency, initiated by Mr. Kachikwu, and having been the chairman of the NNPC Anti-Corruption Committee who relentlessly sensitised staff members on obligations and laws concerning corruption and corrupt practices.

But giving NNPC a new image was not going to be done only in-house. He backed it with strong internal and external communications, which also carried stakeholders along. Today, the tar on the Twin Towers is peeling off for a new, reputable look.

The corporation has a number of awards to show for that. They include the 2016 Phillips Consulting/WebJurists award for the Best Website and Social Media Platforms amongst Federal Government Parastatals; PETAN award at the 2017 OTC in recognition of NNPC’s “aggressive exploration campaign in the Benue Trough and Chad Basin”; and 2017 PENGASSAN award for contribution towards labour and industrial harmony, amongst others.

Also, there was no industrial action or heated agitation during the year under review. And negative press on the Group has reduced considerably, replaced by positive stories almost on a weekly basis. ‎Only last week, there was a story on the reduction of the price of diesel to a low N155 per litre from about N300 per litre.

The week before, in a show of strong character, sometimes clouded by his disarming humility, Mr. Baru, who was just recovering from the painful loss of three close relations in quick succession, signed a tripartite agreement with the NNPC/FIRST Exploration and Production Joint Venture and Schlumberger for the development of the Anyalu and Madu fields in the Niger Delta. Schlumberger would provide the over $700 million development cost of the projects that will generate 193 million barrels of crude oil into the current reserves of 37.2 billion barrels; and an additional 800 billion cubic feet of gas into the nation’s proven gas reserves.

In a podcast to staff members last Tuesday, Mr. Baru commended them for the growth and peace in the corporation: “it is imperative for me to once again appreciate your hard work, dedication, commitment loyalty and support and most especially the cooperation from the two in-house Unions (NUPENG and PENGASSAN) in getting us this far.”
‎
DELICATE BALANCING

For the average Nigerian who would not be bothered by the numbers and industry jargons on a scorecard, satisfaction could be found in the uninterrupted supply of fuel at relatively stable price.

But unknown to many, the cost of fuel importation has increased, making some marketers to withdraw, and leaving NNPC with an additional burden of supplying the shortfall at a stable pump price. The delicate balancing of preventing the transfer of increased cost to consumers in the form higher pump price of petrol and at the same time avoiding the subsidy bonanza of the recent past is one of the things the corporation is doing silently. NNPC has been able to stabilise the market with sufficient product availability across the country through improved refining efforts and the Direct Sale Direct Purchase scheme which has so far saved the nation about N40 billion this year.

It has also commenced the resuscitation of its products transportation pipelines network to move products to depots at faster rate and cheaper distribution costs to consumers.

In the last one year NNPC significantly improved the utilisation of its domestic refineries which should primarily supply over 50 per cent of the non-gasoline white products to the nation including diesel and kerosene. It was able to achieve, for the first time in nearly over a decade, a peak monthly capacity utilisation of over 37 per cent in January 2017 from a historical average performance of less than 15 per cent.

The average Nigerian also measures success of the sector by electricity supply, the failure of which had been blamed on gas supply to GENCOs. In the past one year, NNPC has significantly increased gas supply to power plants and industries in Nigeria. Domestic gas supply has increased from an average of 700MMscfd in July 2016 to an average of 1,220MMscfd currently, with about 75 per cent of the volume supplied to thermal power plants. It has been reported that some GENCOs are rejecting gas due to the inability of TCN to wheel-out the power generated.

In 2016, national average daily production of crude oil stood at 1.83 million barrels of oil and condensate. Currently, Year-To-Date 2017, average production hovers around 1.88 mbd. This, Mr. Baru says is expected to increase and surpass the 2017 national daily target of 2.2 million barrels of oil and condensate per day with improvement in security and resumption of production operations on the Forcados oil terminal and Qua Iboe terminal pipelines.

Indeed, NNPC attained a record peak production of 2.3 million barrels per day on June 28, 2017; and it has also reduced production cost per barrel by $5.

Also, the corporation has grown the production of the Nigerian Petroleum Development Company, (NPDC), NNPC’s upstream company, in a quantum leap from 15,000 barrels of oil per day (bopd) to the current peak-operated volume of 210,000bopd in June 2017. The ownership of Oil Mining Licence, OML13 has been restored to NPDC following a presidential intervention, with first oil from the well expected before the end of the year.

Mr. Baru said the confidence of the NNPC JV partners to pursue new projects had been rekindled following the repayment agreements for JV cash call arrears that were negotiated and executed for outstanding up to end 2015 by all the IOC Partners of the Corporation’s Joint Venture Companies (JVCs).

Away from the Niger Delta, NNPC has been busy in the Benue Trough, and it is “working with the security agencies for an early return to the Chad Basin.”

As Baru has shown with his firmness, it is wrong to associate humility with weakness. NNPC has within the last one year made significant efforts in debt recovery from traders who owed the corporation large sums of money through reconciliations, payments or set offs where necessary and have reviewed its credit policies to protect the revenues.

Equally, NNPC has boldly applied appropriate sanctions to erring members of staff who colluded with third-parties and or engaged in malpractices as part of the corporation’s resolve to institutionalise consequence management culture in the conduct of its operations going forward.

Born in July 1959, Mr. Baru is a native of Misau in Bauchi State, who grew up in Jos, Plateau State of Nigeria. He attended Ahmadu Bello University, Zaria, where he obtained Bachelor of Engineering (Mechanical) with first class honours. He also holds a Doctorate of Philosophy in Mechanical Engineering.

There are other achievements, too many to report here, but it is obvious that the robust implementation of his 12 key Business Focus Areas, introduced on assumption of office has been effective.

But there is a lot more work awaiting the Baru touch in the coming years to transform NNPC into the commercial and profit-oriented corporation of his dreams, and for Nigeria to shed the stigma of being the only oil producer/exporter with issues of fuel importation.

• Bisi, a journalist and author was a corporate communications expert in the oil industry