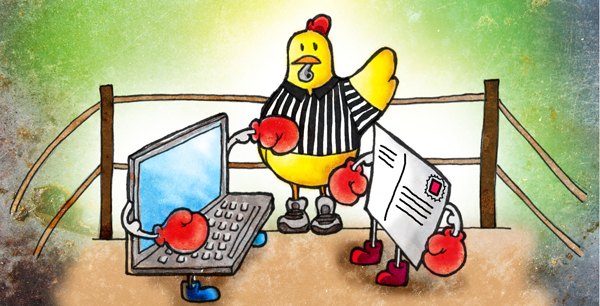 The news of Senate President Bukola Saraki’s acquittal by the‎ Code of Conduct Tribunal broke in the morning. The long trial was a big developing story for many reasons – obvious and hidden. That morning, either way, it was still a big story, but an acquittal was a far bigger story.

When the news broke, the day’s print newspapers were already on the stands selling, and early readers, including free readers at popular newsstands were already running commentary on the day’s news.‎

Years ago, radio and television stations would have been the only platforms to serve the news even as they lack the luxury of time for too much details and background of stories.

For the print media, even as big as the story was, it could not cause them to overlook logistics constraints and the cost of printing new editions.

Besides, having worked long into the previous night, the most senior editors were at home resting in preparation for another round of night shift, or were out for one reason or another.

On the other hand, the online competition had the full complement of senior editors and publishers in the office to give the Saraki news exhaustive treat – the news, analysis, and all.

Although, the print media have people to handle their websites, that is certainly not the A-team.

Days later, the Saraki story took another turn. The Federal Government appealed the CCT judgment, and to the advantage of the print media, the news broke late in the day, when virtually all the online media houses had gone to sleep. They had to play catch-up with the print media on the story in the morning. The online papers are leanly resourced relatively and cannot keep people at work 24/7.

Although the above situation keeps editors alert around the clock, the day and night shifts for the online and print media in the news chain is not really a war; and certainly not a darkness and light metaphor for evil and bad! Readers are the better for it.

Until the success of an Abuja-based online paper caught national attention, the online media in Nigeria was not very popular. A US-based online paper existed but because of its style, influential people it reported on tried to brand it as an activist paper or ignore it. It fought on and today, against all odds, it has become difficult to ignore.

On the other hand, the print media has been so entrenched, with readership and advertisement inflows assured, it never felt threatened. But with its highly professional team, the Abuja-based online paper hit the ground galloping. It operated like a print newspaper with newsroom and correspondents around the country; and as more professionally-run papers joined the online ranks, the game changed completely. One of them even had a high-profile launch to boldly announce its arrival.

The Saraki stories highlight the advantages and disadvantages of both papers. In a fast-paced world that seems to be in a hurry, online papers have the advantage of serving news readily as it breaks. People no longer look for news or wait for it, it is served hot to them wherever they are on their mobile devices.

Online papers report news a lot faster than regular newspapers, although oftentimes, the later have greater depth with rich background information and sometimes analysis. But that advantage also depends on how much time is available to the reader to take in all that.

Online papers are updated regularly, while traditional papers are one a day in Nigeria. Without radio or television, one has to wait for the following day to be served or look for another round of news.

Counting costs: Online papers save a lot of time and money for the owners and readers. There is no printing cost and they don’t require large staff members to operate.

Online papers are environmentally friendly. Unlike print newspapers, you don’t have to worry about storage or disposal.

The downside of all those advantages, however, is the ease the online platform provides for proliferation and pollution of the profession. It is so bad that out of the several online papers operating from Nigeria, only a few are reliable or even visible.

Operating without checks and standards, many of them are sources of fake news. The problem here, and it is getting more complicated, is that no matter how false the news is, it gets readership and spread. The business model of fake news thrives on the demand for it. The consumer of fake news is a major cause of the proliferation. The following reasons have been identified by psychologists and media experts.

Gullibility: Many poorly educated people take what they read in newspapers and online media as the gospel truth they are proud to spread.

Loss of humanity: Fake news thrives because in a world that is increasingly losing its humanity, people want false news about others to be true.

Implicit Bias: Psychologists explain that there is the tendency for humans to group people into categories. We are inclined to trust people we consider members of our own group more than those of a different group. The word implicit indicates that it is a bias that influences us without our knowing it.

Confirmation Bias: Experts describe confirmation bias as our tendency to seek out information that confirms what we already think or want to be true; and actually turn a blind eye to facts that contradict our beliefs.

With advantage of time and better resources, print media stories are on the average better researched  and checked, and so tend to be more reliable.

However, a few online papers are giving them a stiff competition in this area, displaying real professionalism in their combination of speed and accuracy. If a story appears on their sites, it is guaranteed to be a true story.

The print media is good for advertising and very suitable for spreading awareness. Many of the newspapers that have survived the harsh business climate in Nigeria are largely professionally run. At least one can be sure of the checks and balances.

Some of them still have huge and trusted followers, which is also a boost to attract readership.

In spite of prediction of natural death, the print media is not doing badly in competition for readership and revenue. According to Wikipedia, in a 2015 survey, 55 percent of people reported that print was their preferred method for reading a newspaper, down only four percent from 2014. The methods people use to get their news from digital means was at 28 percent, as opposed to 20 percent of people attaining the news through print newspapers. These trends indicate an increase in digital consumption of newspapers, as opposed to print.  But today, advert revenue for digital forms of newspapers is nearly 25 percent, while print constitutes the remaining 75 percent. Contrastingly, ad revenue for digital methods was 5 percent in 2006.

Although the tag is not popular here, some of the newspapers in Nigeria called the old reliables, could form part of the Mainstream media (MSM) in the country because of their influence. Wikipedia defines MSM as a collective term used to refer to “the various large mass news media that influence a large number of people, and both reflect and shape prevailing currents of thought.”

However, going by their growing influence, and despite their sizes, today one can add at least three reliable online papers to the group.

Popularised by television stations, such as CNN, the term refers to big, new events, usually unexpected, for which running news has to be interrupted to allow. Now it is used more generically to refer to fresh or unexpected news with huge impact.

It is news the media rushes to serve readers, and one can easily sense the frenzy in the media houses to do this. And it is a war because those who break news faster and most reliably attract readership. The same goes for “exclusive news.”

The war is some intense it makes some papers commit the unpardonable mistake of leaving their readers hanging forever. They report a little bit of a news item and promise “more to follow.” But hours after, there is no update.

It has also been observed that many funny online papers break news of the same news broken hours or days by other papers.

Unmindful of time constraints of readers, some papers – print and online -make their stories too long; with unnecessary background information as if they are under pressure to just fill space.  A tried to check the length of one of such stories by copying and pasting on his laptop as a word document. Horrible! Four pages of one story. Experts say that to some extent, English language or news is to a large percentage redundant. One does not have to say everything to be understood.

And there is no lazy reporting as serving a presentation or long press statement verbatim as news. It is for the reporter to read all what is said and serve the salient points. The reader may then be given the option of reading the whole statement or speech but not be punished with it.

The economy is the blood of the country, so it is difficult to understand why many papers tug their business and economy sections away, far behind sports, relationships, etc.

Generally, against all odds, the Nigerian media has not failed as some people want us to believe, and the maturation of the online media provides far greater possibilities.