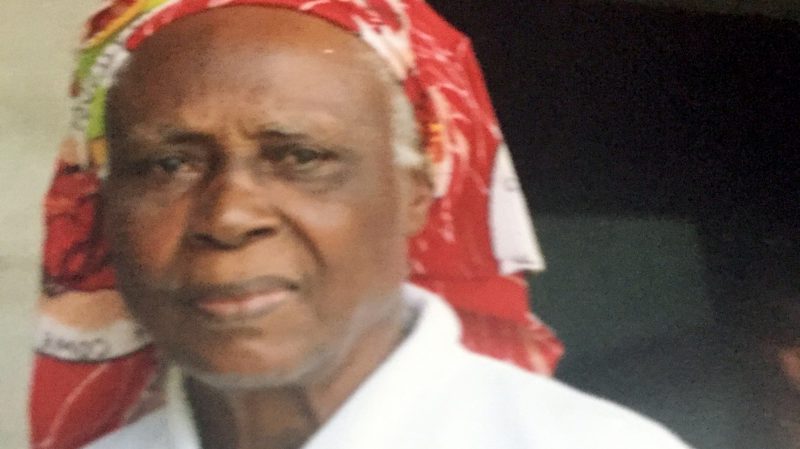 TRIBUTE: Mary Nta — The Exit of Mother Theresa Of Our Time, By Folu Olamiti

For many, death is the end of life. But for the few and rare individuals who spent all of their lifetime serving God and humanity, they continue to live on in the hearts of all the people whose lives they touched, their admirers and all other people who took notice of their good works. So their good works immortalize them for posterity serving as unforgettable, indelible historical milestones of their life transforming encounters in their sojourn on earth.

Such was the life of Noble Sister (Madam) Mary Atim Walter Nta , whose mortal remains were laid to rest recently in AKwa Ibom state following her transition to higher glory. Madam Nta who passed on the 4th of May 2017, just four days to her 90th birthday anniversary, was a celebrated mother, grand mother, great grand mother, community leader, philanthropist and avid promoter of Christianity and particularly the catholic faith.

Her life was an incredible mix of utmost dedication to her family, relentless commitment to the service of the communities where she found herself and selfless devotion to the advancement of the work of God. Her ability to successfully combine all of these virtues was what made her outstanding and amazing to people around her. She was an inspiring light to multitudes. It was not a surprise that her funeral was a celebration of life, a life well spent and worthy of emulation by all standards.

Madam Nta was born on the 8th of May 1927. The circumstances of her birth perhaps prepared her for her future compassionate disposition to life. She was the first daughter in a polygamous home, so she learnt early to be responsible for others and to care for them. She was also fortunate to have a father who was interested in the education of his children irrespective of their gender or his subsisting relationship with their mothers. Those were the days when many parents did not recognize the value of western education.

She began her elementary education in 1936 at Central School, Ikot Ubo. In 1943, she relocated to Calabar and continued her education at Duke Town School where she did her standards 5 and 6 Class and obtained the First School leaving Certificate in 1944. She proceeded for further education at Holy Child Teachers College, Ifuho, Ikot Ekpene in1946 and obtained the Grade II Teachers Certificate in 1948. It was from this stage of her life that she started her pioneering streak of achievements at the age of 21 by becoming the first woman to obtain the prized certificate in Ubium, her community.

With this certificate, Madam Nta began a teaching career at Convent School, Esene in Opobo, now Ikot Abasi. She also taught in several other primary schools. But she did not stop her quest for education at this level. In 1964, she was admitted to the University of Ibadan for a diploma programme and was awarded an Associateship Certificate in Special Education with distinction. She also sat for and passed the GCE A Level examination in History , Religious Knowledge and Economics as a private student. As a result of her higher qualifications, she was elevated to teach in post primary schools, among which were Salvation Army Secondary School, Akai, Holy Child Secondary School, Calabar and her alma mater, the Teacher Training College, Ifuho.

In 1971, Madam Nta advanced her career as an educationist further higher by transferring her services to the ministry of education as an Education Inspecting Assistant. In this cadre she rose to the position of Secretary, Divisional Schools Board, where she dealt with issues of policy and administration of schools. She continued her career advancement in this cadre until she retired voluntarily and meritoriously from the services of the Cross River State Government as a Principal Officer in 1984.

Many people who admired Madam Nta’s successful career and benefited from her mentorship, goodwill and generosity, would hardly believe that the wonderful woman achieved her success story amidst challenges which ordinarily would have broken down or weaken or entirely change a woman’s resolve to build a great family. She suffered, early in her marriage, the misfortune all women dread, the loss of a loving and supportive husband.

She had gotten married in 1951 to a well educated and promising federal civil servant working in the prisons service. It was a blissful union. The couple shared so many things in common, including a passion for education, which saw the duo engaged in academic pursuits at the university of Ibadan at the same time in 1964. Unfortunately, her husband was killed at his post as Chief Superintendent of Prisons in Ibadan during the 1966 military coup. At that time, they had six children, the eldest child barely 14 years old. She had to face the upbringing and education of the children alone, with hardly any form of assistance.

From then on the task of building a closely knit, responsible and great family fell on her. She was neither discouraged nor disillusioned. She struggled to accomplish it and she succeeded, with all the children becoming graduates in different respectable professions and distinguishing themselves in the society. Her eldest child, Ekpo Nta, a reputable lawyer and administrator is the current chairman of the Independent Corrupt Practices and other related offences Commission. (ICPC).

As matriach of the family, Madam Nta ensured all round development of her children and their own families morally, academically, professionally and spiritually. She mentored them in the ability to manage family affairs, professional and entrepreneurial interests. For example she took upon herself the duty of helping to develop the curriculum of Loyola Nursery/Primary School, Uyo, established by one of her children in 2001 to provide high quality early child education especially to underprivileged children in the community at affordable rates. A lot of these children are now in various universities.

She was also particularly interested in the salvation of her family and their growth in the christian faith. She went as far as compiling the Nta Family Prayer Book for the family in 1982. The book is a companion for every family member. Fasting and prayer was mandatory for every child in the family. And they were also to serve God in at least one society or unit in the church.

Aside from her family, Madam Nta will be remembered by multitudes in the church and the society at large for her service to God and humanity. Though she was born into the Qua Iboe Church, she later embraced the Catholic Church to which her husband also belonged. Her fervour for the service of God attracted the attention of the church authorities, making the late Dominic Cardinal Ekandem to personally baptize her into the faith. She was very active in evangelism, intercessory prayer and humanitarian service in various societies in the church, often taking up pioneering roles. She was never tired of promoting the faith and creating initiatives to take care of the needs of church members and the surrounding communities.

She was the first President of the CWC at CKC in Uyo and she was instrumental to the establishment of the Adiaha Obong Nursery/Primary School, Abak Road Uyo. She also served on the board of directors of Christ the King International Nursery School, Uyo. Other areas where she served included as member, Sacred Heart (Apostleship of Prayer); member, Blue Army; member, Precious Blood; one time Secretary, Confraternity of the Holy Face; first President, St Anthony’s Guild; member and first Vice President, the Noble Order of the Knights of St John International and member/first minister (president) of the Secular Order of St Francis of Assisi which she brought to Uyo in 1999. Madam Nta used her participation in these organizations to impact the material and spiritual lives of people. For example under her leadership, the St Anthony’s Guild built a Center for Destitutes where the needy ranging from widows, orphans, physically challenged and homeless were taken care of. Here she displayed every attribute of Mother Theresa philanthropism and caring attitude for the needy.

Folu Olamiti, a media consultant, is a fellow of the Nigerian Guild of Editors. He wrote in from Abuja.