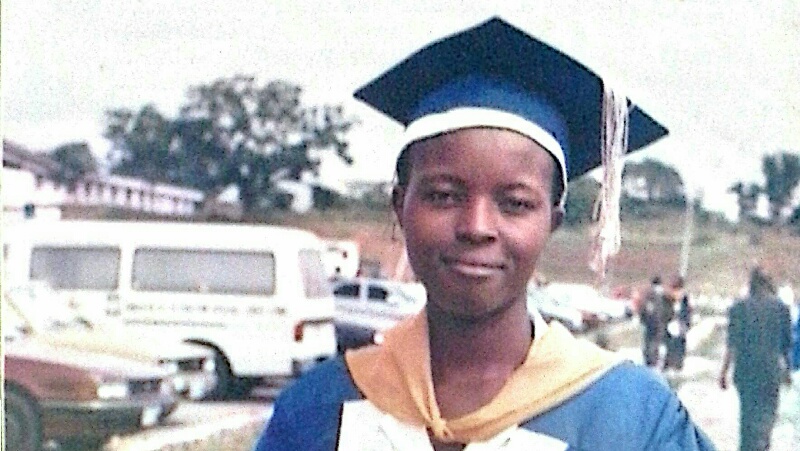 It was when the red mound of earth landed on the casket with a thud that I realized my sister’s 39-year sojourn in this life had finally come to an end.

And what an agonizing end it was.

Her husband handed over the shovel to the grave digger, stood aside, and watched silently while the priest raised a hymn for a peaceful journey to the after-life.

The voices of the other priests, about half a dozen of them, rose in chorus as the grave diggers, perspiring profusely under the noon sun, began heaping the red earth back into the grave, every motion gradually taking the white casket out of our view.

My elder brother, eyes bloodshot, watched silently as more earth hit the casket. My youngest sibling’s shoulders heaved and ebbed in between sobs. My two sisters couldn’t summon enough courage to stand at the graveside.

I stood under a tree, a few metres from the rest and watched, a wave of exhaustion gradually sweeping over me.

The past three months had been the most tortuous moments of my life; and tears had become a coping mechanism for the anguish I felt.

The tears had been what had kept my sanity.

That day in March when my sister arrived Lagos for cancer treatment and I had gone to Festac to see her; the sight of her shrunken frame as she stood patiently under the sun waiting for me to park the car, her wig barely covering her apparent baldness, brought tears to my eyes.

But little did I know I would be swimming in my own tears in the coming weeks.

The morning we got to oncology section of the Lagos University Teaching Hospital and I saw cancer walking on two legs and immediately realized what we are up against, I cried.

One day we were at the bank so she could withdraw money and the bank teller refused because her signatures didn’t match the one in their system.

The bank manager intervened, but only after I had began creating a scene in the banking hall. Later, at night, when the day’s events began flashing through my head, and I remembered how she struggled to hold the pen so she could sign on the bank slip, the look of frustration on her face as she tried to hold down her trembling right hand with an equally trembling left hand: the reason for her irregular signatures, I wept.

I cried the day the doctors at Eko Hospital fired the first shots of radiation rays into her that effectively confined her to a wheelchair.

I cried the day I discovered she could no longer chew solid food, and we had to mash her meals for her.

I cried the day the pains were so much she could no longer lift her hand to eat and we had to be begin spoon-feeding her.

I cried all the way home from the office the day my younger sister called to say the doctor had advised we bring over the five-year old son to come and spend some time with his sick mother: the import of that advice hit me so hard.

During those days, I tried to bury myself with work, laugh a lot with friends and colleagues, so I could shield the hurt inside. At night, I prayed long and hard.

One Sunday, the doctor at the private hospital we’d moved her to after her radiotherapy treatments invited myself and my brother-in-law into his tiny, cramped office to break the news to us.

Medically, he began, my sister had reached the end of the road. The cancer had spread all over her body, including her lungs, and the only thing he could do was administer “end of life care.”

I felt myself gasping for air as I clutched tightly to my chair for support, my head spinning over what I’d just heard.

It was the most devastating thing I’d ever heard.

Just 24 hours earlier, when we were looking for a solution to her persistent cough, we’d taken her for an x-ray, on the doctor’s advice, and the result came back that her chest was “clear.” My brother-in-law had high-fived me as we savoured what seemed like the first streaks of light at the end of this cancerous tunnel.

That victory, however, was short-lived.

“Your only option now is for God to heal her.” The doctor continued.

And we turned to God.

Three days later, at night, the doctor summoned me to the hospital. I arrived an hour later to see my sister lying lifeless, a white crisp cloth pulled over her entire frame.

That night, nobody listened to my pleas.

I held the lifeless body tightly, crying and begging her to wake up, she didn’t listen.

I turned to the doctor and nurses, tears clouding my vision, pleading that they do something to revive her, they didn’t listen.

I pleaded with God to bring her back; if He heard me, He did not show it.

It was a police officer that listened to me.

As I drove home around past midnight, tears still rolling down my cheeks as all our fond memories played back in my brain, I ran into a police checkpoint.

“Oga, where you dey go or come from by this time.” The police officer waved at me as he swung his baton from his right hand into his left armpit.

I stopped and put on my inner light.

“Oga, I say where you dey come from by this time?” He repeated, adjusting the battered cap on his head as he peered into my face, and then over my head to the rear of the car.

“Why you dey cry? Who beat you?” His gaze returned to my face.

I told him I was returning from the hospital where I had just lost my sister.

“Ooooh. Sorry to hear that. God go console you.”

I thanked him and begged him to let me be on my way.

He listened. But after he had inquired: “Do you have anything for us?”

As I eased my foot off the brake pedal and continued my journey, my thoughts returned to my sister.

A lot of questions begged me for answers.

How could this happen? After everything we’d done, the lengths we went, the sacrifices we made.

What did we do wrong? Where did we go wrong?

Why did this happen?

It was in 2014 when my sister noticed three unnatural lumps in her left breast. Quickly, she informed the doctors at the hospital where she worked. She wanted them removed.

Against her insistence, the doctors removed two of the lumps, telling her the third, smaller one, was normal and its removal would disfigure her breast.

She insisted that it be removed nonetheless.

Are you teaching us our job? The doctors fired back.

And the typical doctor-nurse argument ensued.

Nine months later, that third, smaller lump had disintegrated into several tiny particles that made them impossible to remove.

In January, 2015, she had a mastectomy at a private clinic in Surulere, Lagos, followed by a six-course chemotherapy that left her bald.

When it was time for the post-mastectomy radiotherapy, there were brick walls.

It was the same story at the Teaching Hospital in Benin and the National Hospital, Abuja.

She returned to Lagos.

The LUTH equipment broke down days later, before it got to her turn.

We decided to go private, and turned to Eko Hospital.

But it was too late.

Maybe if we had turned to private clinics all the while she was hopping from one federal hospital to another, the outcome might have been different.

Maybe if she had just gone ahead and done double mastectomy last year, it would have saved everyone these emotional trauma.

Maybe if she had gone to another doctor to have that third, smaller lump, removed, she might still be calling me today to know how I’m surviving in Lagos.

Exactly four weeks after she began her radiotherapy treatment at Eko Hospital, she breathed her last.

Dear sister, even though the battle was lost, you were dogged and determined till the very end.