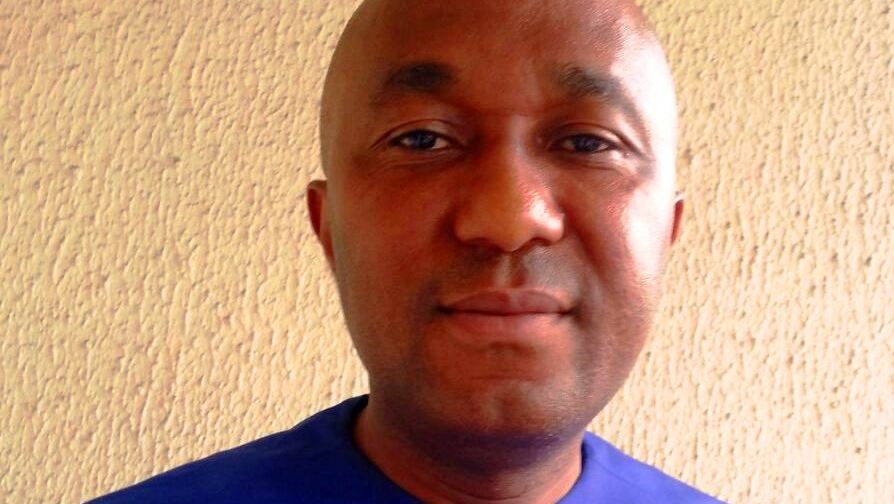 Eddy Agbo is the founder of Fyodor Biotechnologies which he founded in 2008. He has been a biomedical scientist for over 20 years and in June 2016, he received a social impact award for his invention – the Urine Malaria Test (UMT) from the Innovation Prize Africa (IPA).

Mr. Agbo was honoured in Botswana.

PT: From your win at the 2016 Innovation Prize for Africa, would it be right to say you are interested in malaria?

Eddy Agbo: I am quite interested in the issue of malaria, aside from the fact that it is one of the major killers on the continent aside from HIV/AIDS and Tuberculosis, it also puts fear in the minds of people to the extent that they will go to any length including self-medication to protect themselves from it.

This is one major reason why we invented UMT, to aid in the fight against self-medication, a dangerous and common mistake many Nigerians make. It is also a way of preventing presumptive diagnosis, where a healthcare provider assumes his/her patient has malaria without proper testing. Presumptive diagnosis is no longer an appropriate standard of care.

PT: What can you tell Nigerians about this invention you made?

Eddy Agbo: UMT is a very simple test which helps the user find out if their feverish feeling has anything to do with malaria or not. Many a time, a person has fever, s/he attributes the fever to malaria but it is not true in many cases. UMT makes it simple, no blood is needed, just a little amount of urine. Not all fevers are malarial in nature.

PT: Is the UMT available in Nigeria now and how much does it cost?

Eddy Agbo: Yes, it is available both in pharmacy stores, medical laboratories, primary healthcare centres and e-commerce stores like Konga. Pricing will depend on the location of the pharmacy of course but any interested person can get it for N500 or less.

PT: How exactly does UMT work?

Eddy Agbo: The pack comes with a small cup for collecting urine. When in use, remove the strip, leave it in the urine sample for 25 minutes. If two lines appear on the strip, the user has malaria. If one line appears, the user does not have malaria. That single line also validates the effectiveness of the strip. The strip can be used by a medical practitioner or by the affected person anytime and in any location. We are excited about the positive impact the Urine Malaria Test (UMT) could have in guiding healthcare providers and individuals on appropriate management of fever and malaria.

PT: Speaking of malaria, a lot of Nigerians believe that everyone has malaria in their blood and when they stress themselves, the malaria parasite comes out in full force. How true is this assumption?

Eddy Agbo: Totally untrue! What I can say is, a lot of Nigerians are immune to the parasite, most of the time, when confronted with the illness, we do not respond to it as if we never had it.

Even though it is true that malaria affects a lot of Nigerians, particularly children, the National Malaria Programme has released a report saying that cases of malaria in Nigeria have been falling over the past 10 years, and current prevalence is Nigeria is now about 27.4 per cent based on the 2015 Nigeria Malaria Household Indicator Survey.

The survey usually targets children under 5 years because they are the age group with the highest incidences of malaria. National malaria prevalence in Nigeria is 27.4 per cent by microscopy, and 45.1 per cent by blood-based rapid tests

PT: Many Nigerians, especially those who live in riverine areas and who do not use treated mosquito nets, are exposed to mosquitoes, so as soon as they start feeling ill, they resort to taking anti-malarial drugs, what is the harm in that?

Eddy Agbo: When this happens, the real reason why s/he is experiencing feverish conditions is not attended to and that leads to complications, meanwhile s/he is taking malaria drugs for a problem that does not exist at that time. Mosquito bites are not equivalent to malaria. There is no gainsaying the fact that medicines administered and not needed are harmful to the body.

PT: How do you feel about the IPA award?

Eddy Agbo: The social impact prize is an honour and it shows the substantial effect the invention will have on Nigerians. That being said, by 2017, more than 2.3 million UMTs will be made available to all sub-Saharan African countries, we are developing a business model that will make that happen.

PT: As regards validation, who were the parties involved in developing the UMT?

Eddy Agbo: UMT was developed both in Nigeria and the United States of America. We implemented a major clinical trial in Nigeria for over 2000 people, the trial was led by Professor Wellington Oyibo at the University of Lagos’ College of Medicine.

PT: Thank you for your time.

Eddy Agbo: It is my pleasure.