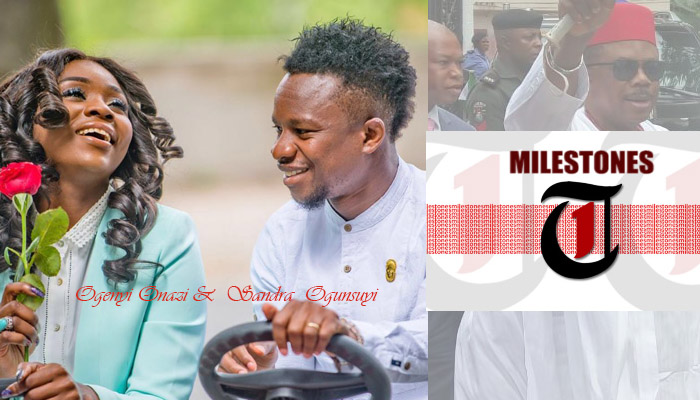 Supo Ayokunle was elected President of the Christian Association of Nigeria (CAN).

The election took place on Tuesday, June 14, at the National Ecumenical Centre Abuja.

Mr. Ayokunle, a reverend, currently serves as National President of the Nigerian Baptist Convention and takes over the CAN leadership from Ayo Oritsejafor.

At the poll, Mr. Ayokunle defeated his rival, Joseph Otubu of the Motailatu Church Cherubim and Seraphim Movement with 54 votes to 28.

While Obiano was honoured for two years of ‘sterling performance’, his co-winners are both well into their second terms in office having served their first terms of four years each.

Lekan Otufodunrin, Online Editor, The Nation Newspapers, was on Sunday, June honoured for his contribution to journalism in Nigeria.

The ‘Special Recognition” was made by postgraduate students of the Nigerian Institute of Journalism (NIJ), Ogba, at the institute’s premises.

Mr. Otufodunrin is the founder of Journalists for Christ International Outreach Nigeria; Media Career Services and a member of the governing board of Journalists Against AIDS.

He is Fellow of Thomson Foundation, Cardiff, United Kingdom and Fellow of Poynter Institute (School for Journalists) Florida, United States.

Mr. Ambode used the occasion of a special luncheon to raise funds for the provision of three Mobile Cancer Centres across the three Senatorial Districts in the State.

He also used the event to call attention to the need for Nigerians to unite in the effort to prevent sufferings and deaths of millions of Nigerians.

A good number of Super Eagles’ players attended the impressive ceremony at the Faith Tabernacle in Lekki, with President of the Nigeria Football Federation, Amaju Pinnick, and other federation’s officials also in attendance.

Chucks Ehirim, former chairman of the Nigerian Union of Journalists, Abuja chapter, passed on Thursday, June 16, in Abuja. His sudden death coincided with his 50th birthday.

Mr. Ehirim graduated in 1992 from the University of Nigeria, Nsukka, and worked with several Nigerian publications.

He was assistant editor, northern operations, of the Niche Magazine before his death.

INTERVIEW: How Nigeria can use service excellence to turn its fortunes around — Tope Fasua