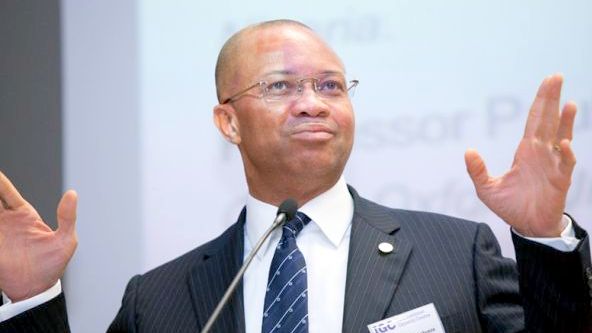 Benjamin Akabueze as Director-General of the Budget Office of the Federation.

Ben Akabueze, former Special Adviser to the President on Planning, was appointed Director General of the Budget Office of the Federation.

The appointment was announced on Thursday, June 9, 2016 by presidential spokesman, Femi Adesina.

Mr. Akabueze takes over from Tijani Mohammed Abdullahi who will now serve as Special Adviser to the President on Planning and will continue to work with the Minister of Budget and National Planning.

Both Messrs. Akabueze and Abdullahi joined the Ministry of Budget and National Planning in February 2016.

Rabi Talatu Umar, was appointed by the Bauchi State Government as the first female Chief Judge of the state.

She was sworn into office on Thursday June 9, despite several petitions against her.

Some concerned indigenes of Bauchi State had written several petitions to the state House of Assembly against the appointment of Justice Umar.

But the state governor said her appointment was in compliance with Section 271 (4) of the 1999 Constitution of the Federal Republic of Nigeria, as amended.

The celebration witnessed a flurry of goodwill messages from important personalities, including members of the All Progressives Congress, APC.

She was born in Lagos into the family of Mr and Mrs Isaac Adeniyi from Ondo town.

She is the third of seven children.

Mrs. Mimiko attended the Army Primary school Mokola, Ibadan, where her mother was a teacher then. She proceeded from there to Saint Louis Grammer School, Ikere-Ekiti, in September, 1977 for her post- primary education.

She subsequently secured admission into the Obafemi Awolowo University, Ile-Ife in 1983 where she studied French Education and bagged B.A (Ed) French in 1987.

Stephen Okechukwu Keshi, former captain of the Nigerian national football team, the Super Eagles, and former coach of the team, passed away in the early hours of Wednesday June 8, 2016 .

The 54-year-old was confirmed to have died of cardiac arrest.

Mr. Amodu was said to have complained of chest pain on Friday night before retiring to bed.

He has been buried in his native Okpella in Edo State, according to the Islamic tradition.