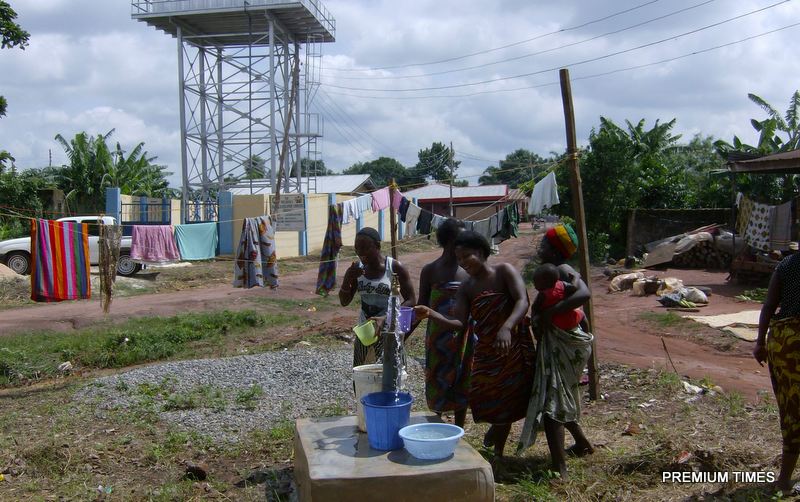 For Emotiti, a mother of three, growing up in her birthplace, one of the remote villages of the Niger Delta, was gruesome.

Every morning, she would trek a distance of about two kilometres, along with several other children, to a river. She would take her bath and do the washing of clothes, cups and plates at the river, before fetching home the water for household cooking and drinking. That was a daily routine in her time as a child in the village. That was then.

Today, life is much better in Emotiti’s village. Following a recent intervention by the Niger Delta Development Commission, NDDC, children in Emotiti’s village no longer trek to the river every morning for bathing or washing. Thanks to a solar-powered water project executed by the NDDC.

Yet, 40 years after Emotiti had to contend with such experience as a child, the United Nations Development Programme in its Human Development Report, published in 2006, stated that in rural Sub-Saharan Africa millions of people share their domestic water sources with animals or rely on unprotected wells that are breeding grounds for pathogens, while the average distance that women in Africa walk to collect water is six kilometres.

What the UNDP Report suggests is that although NDDC has alleviated the water burden of people in Emotiti’s village and numerous other communities in the Niger Delta, very many people across Africa remain without access to improved sources of drinking water.

However, the NDDC has devised a win-win approach to tackling the potable water challenge Emotiti contended with while growing up. The Acting Managing Director and Chief Executive Officer of NDDC, Ibim Semenitari, has embarked upon a solar-powered water partnership designed to ensure that people of the Niger Delta enjoy the right to water.

According to the United Nations General Assembly, through Resolution 64/292, every human has the right to have access to sufficient water for personal and domestic uses, which must be safe, acceptable and affordable, and physically accessible. In deference to this right, the NDDC has started expediting work on solar-powered water projects across the Niger Delta. The model entails a partnership with youth leaders, who are engaged in various aspects of the projects’ headworks and a solar power technology company, Akogate Ventures Limited.

In what is akin to killing several birds with one stone, the NDDC solar-powered water projects do not only make life worthwhile in Emotiti’s and several other communities across the Niger Delta. They are also creating jobs, and boosting health, to the acclaim of youth leaders, who have been reformed and now constitute the vanguard of attitudinal change among youths of the region.

The job creation potential of the NDDC solar-powered water projects is underscored by the 2016 edition of the World Water Development Report.

According to the report, three out of four jobs that make up the global workforce are either heavily or moderately dependent on water. It interprets this to mean that water shortages and problems of access to water and sanitation could limit economic growth and job creation in the coming decades. As the Director-General of UNESCO, Irina Bokova, puts it while commenting on the World Water Development Report: “Water and jobs are inextricably linked on various levels, whether we look at them from an economic, environmental or social perspective.”

Paul Asemota, a youth leader from Edo State, said: “I want to commend Mrs Ibim Semenitari for a laudable job- for the partnership with Akogate. Before now, the youths were just being given stipends when they come to NDDC. But with this new administration, with the cooperation between Akogate and NDDC, the solar water scheme has helped to develop and open up the communities. Communities now have water without having to go as far as four kilometres to fetch water. With this scheme, in the communities we have worked, the youths are engaged in clearing, mason jobs, welding and fabrication; while the women sell food to the contractors. Unlike before, when the youths would be aggressive, not allowing the contractors to work; with this new development of partnership, we have peace, which leads to development. We are very grateful.”

A youth leader from Delta State, Newton Aburu said: “NDDC has been partnering and doing a lot for the Niger Delta youths and our communities. I can say with all confidence that my community is enjoying what we call real and good clean water with the help of the NDDC, especially the MD, Mrs. Ibim Semenitari. She is a mother to us; she listens to the youth. She has affected lives positively. A lady in my community said she can’t even remember the last time she went to the stream to fetch water. I think this is a plus to NDDC and once again, I want to say thank you, to Mrs. Ibim Semenitari. She is a mother indeed.”

He went on: “This scheme has gone a long way to help the youths in our communities. It has provided jobs for them, and helped to remove their minds from evil things. When you are busy doing something, when you have something doing you will not be thinking of negative things to do. The boys are happy. Some of them say they want more of these water projects in our communities because they have really gone a long way to provide jobs for the youths.”

Mr. Aliyu Monday, a youth leader from Akwa Ibom State equally attested to the positive impact of the NDDC solar-powered water projects. He said: “In time past, our families, our parents, our aged mothers, our little ones go to streams to fetch water. But today at least five communities in each Niger Delta state can feel the impact of solar water projects, which have helped to empower the youths. You know in time past we were there in the bush, in the creeks destroying all because we were fighting. But through this scheme, we can now make good use of ourselves. They say that you can never know the potential that is hidden inside of you until somebody brings it out. This is a big plus for our sister and our mother, Mrs. Ibim Semenitari, who gave us this kind of opportunity.”

“Violence does not pay anybody. It will only make you remain stagnant. So my advice to our youths is this: please, we do not need to be violent. We should give NDDC the chance to continue to touch lives. I am a beneficiary, my brothers are beneficiaries and the communities are beneficiaries. So, let’s put our heads together and make sure it is a success,” he appealed.

Elaborating on the impact of the NDDC solar-powered water scheme, Chairman of Akogate Ventures Limited, Mr. Felix Aganbi said: “In each site, we employ masons, people of the community come and sell food, the electricians are there and the youths that are empowered are equally taking care of others. Some of their wives now have stores to sell various goods. So, it is a cycle of events that this scheme has created. It not only gives life, which is water, it is creating jobs for the youths, and enabling them to take care of their families.

Evidently, by working with youths and Akogate, NDDC and various communities have achieved much more than would have been possible without this partnership. This partnership has been a tremendous boost to life, livelihoods, health and jobs across various communities in the Niger Delta. It ensures that garri processing, palm oil production, animal husbandry and fish processing are more hygienic, easier, cheaper, faster, healthier and more engaging. No wonder Simon Mainwaring said: “Creating a better world requires teamwork, partnerships, and collaboration, as we need an entire army of companies to work together to build a better world within the next few decades. This means corporations must embrace the benefits of cooperating with one another.”

Mr. Ughakpoteni is a staff of the NDDC. 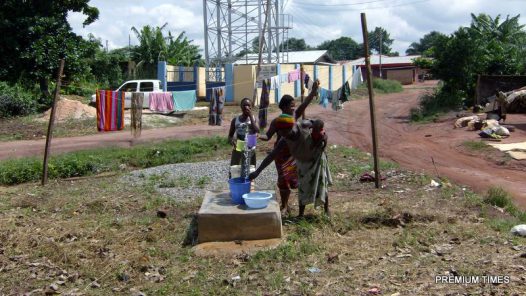 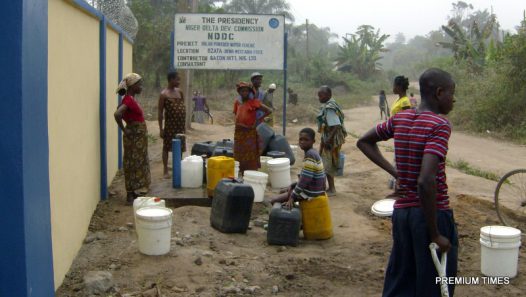