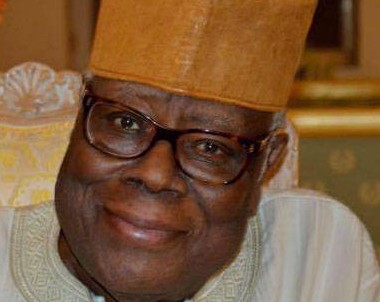 Deinde Fernandez, as he was popularly known, died on Tuesday in a private hospital in Belgium.

Born in Lagos in 1936 to one of the first European migrants to the city, Mr. Fernadez grew up to become one of Nigeria’s most mysterious and reclusive billionaires with properties in several African countries as well as in Europe and America.

Not much is known about his early days, but in 1982, he was appointed an advisor to the Angolan government on Economic Matters.

Two years later, he became a Deputy Permanent Representative of Mozambique to the United Nations.

In 1992, he was made a Special Adviser to the President of Mozambique on International Economic Matters, a position he held till 1995.

In addition to his diplomatic duties, Mr. Fernandez ran a string of companies such as Petro Inet‎t, a mining firm that had extensive oil, gold, and diamond interests in Angola as well as in the Central African Republic.

He also owned a string of properties, including a £3 million seven storey Gerogian town house in Edinburgh; a £4 million New York estate; a 25-acre £1 million 19th-century Chateau de Bois Feuillette in Paris; a £10 million property on the Premium Point peninsula, New York, among others.

Mr. Fernandez was once described by Dele Momodu’s Ovation International as “the guardian of panache and prosperity” who surrounded himself “with exquisite things only money can buy.”

‎As he did much of his affairs, Mr. Fernandez shielded his personal life from the public.

But in 2003, a messy, record-breaking N90 billion divorce suit parted the veil and gave the public a peep into the privacy of one of the richest persons in the world.

It was one of the biggest divorce cases in British legal history.

Very little was heard of the suit afterwards, and Aduke, his former wife who had filed the suit, died 10 years later.

Mr. Fernandez remarried in 2003 to Halima.

On Tuesday evening, he died in Halima’s presence.

PT State of the Race: Tinubu’s “lost” certificates and Wike’s message to Atiku

NNPC says no plan to sell refineries, but PPMC to be unbundled