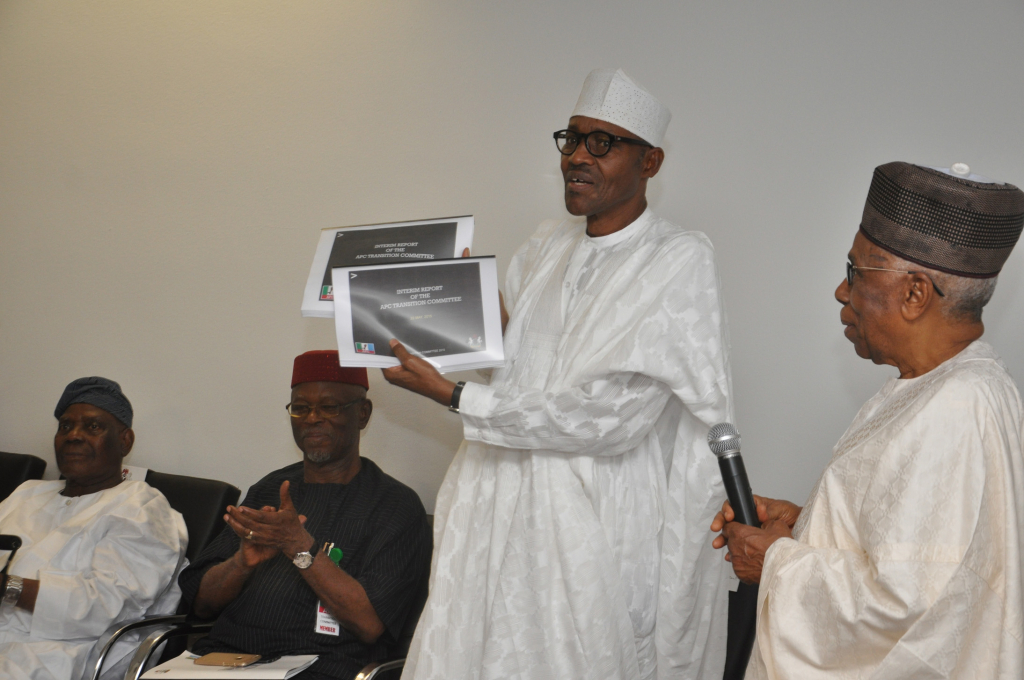 FACT CHECK: Claim that Jonathan left N7 trillion deficit does not add up

Nigeria’s newspapers were awash with headlines such as “Jonathan left N7 trillion deficit, says Joda” a few weeks ago. This followed an interview by the Daily Trust with the chairman of Nigeria’s Transition Committee, Ahmed Joda. This committee was set up to ensure a smooth handover from one administration to the next.

Mr. Joda was quoted as saying: “We were told at the beginning of the exercise that the government was in deficit of at least N1.3 trillion and by the end people were talking about N7 trillion; everything is in a state of collapse.”

Is there evidence for this? Could Jonathan’s government have left Nigeria with a deficit this year worth nearly 150% of the country’s 2014 budget?

Confusion about the terms “deficit” and “debt” is common. A 2012 study in the United Kingdom found that most Britons did not understand the difference between debt and deficit and, in 2014 US fact-checking website PolitiFact found similar levels of confusion in that country.

So what’s the difference? Essentially it’s a matter of timing. A deficit is annual, and occurs when a government’s expenditure exceeds its revenues in any given year. Debt is long-term buildups year on year when governments run multiple deficits, and is the total sum of monies owed.

How big is Nigeria’s debt?

According to Nigeria’s Debt Management Office, the country’s total debt – foreign and domestic debt owed by the Federal Government and all the 36 states – was N12.062 trillion ($63.7 billion) at the end of the first quarter of 2015. At the end of 2014, it had stood at N11.2 trillion.

At a press conference on May 23, a few days before her tenure as finance minister ended, Ngozi Okonjo-Iweala said Nigeria owed $63.7 billion in debt, but only $21.8 billion was incurred while Goodluck Jonathan was president between May 2010 and May 2015.

What deficit did the last government say Nigeria would have in 2015?

The deficit anticipated for 2015, as set out in the budget passed by the National Assembly in May, is N1.075 trillion. This amounts to about a quarter of the total budget of N4.493 trillion, and 1.12% of Nigeria’s current GDP. This is below the 1.24% projection in the 2014 budget.

In her speech presenting the 2015 budget to the public in December 2014, Mrs. Okonjo-Iweala noted that the “deficit is well under the 3% of GDP encapsulated in the Fiscal Responsibility Act, 2007, which is also the international norm”.

A development economist who teaches at the Lagos Business School, Bongo Adi, told Africa Check: “Running a balanced budget is not always a good thing; there is a permissible level of deficit that governments are allowed to run.”

Could the actual deficit be bigger than the last government admitted?

Africa Check was shown relevant sections of an as-yet-unpublished report by Joda’s Transition Committee, which has also been published in part in other newspapers.

In it the committee claimed that, apart from the approximately N1 trillion deficit officially anticipated for 2015, an additional N3 trillion may be required during the course of this year to offset obligations incurred since the beginning of 2015, but not budgeted for by the previous government.

These would include arrears of salaries for federal and state government workers, a fuel subsidy bill, monies owed contractors, the national oil company’s “Joint Venture” contribution to oil exploration expenses, and funding for a “Marshall Plan” for the insurgency-hit northeast. However the report also emphasised the sums that make up the N3 trillion claim are merely estimates, requiring verification.

In the sections shown to Africa Check the committee also said that it is unsure about the actual age of the contractor debts, which leaves open the possibility that part or all of it may already have been captured in the total public debt figure as captured by the Debt Management Office.

Conclusion: Claim that Jonathan left Nigeria with a N7 trillion deficit for 2015 does not add up.

The deficit anticipated for 2015 in the budget passed by parliament in May is N1.075 trillion, not N7 trillion.

Even if we were to assume that the entire additional N3 trillion deficit which the Joda committee anticipated occurs – and that is currently conjecture – it would leave the deficit for the year at N4 trillion, not N7 trillion.

In summary, which ever figure proves right, the claim of a N7 trillion deficit in 2015 does not add up.

This report was first published by Africa Check, a non-profit organisation that promotes accuracy in public debate and the media. We have their permission to republish.