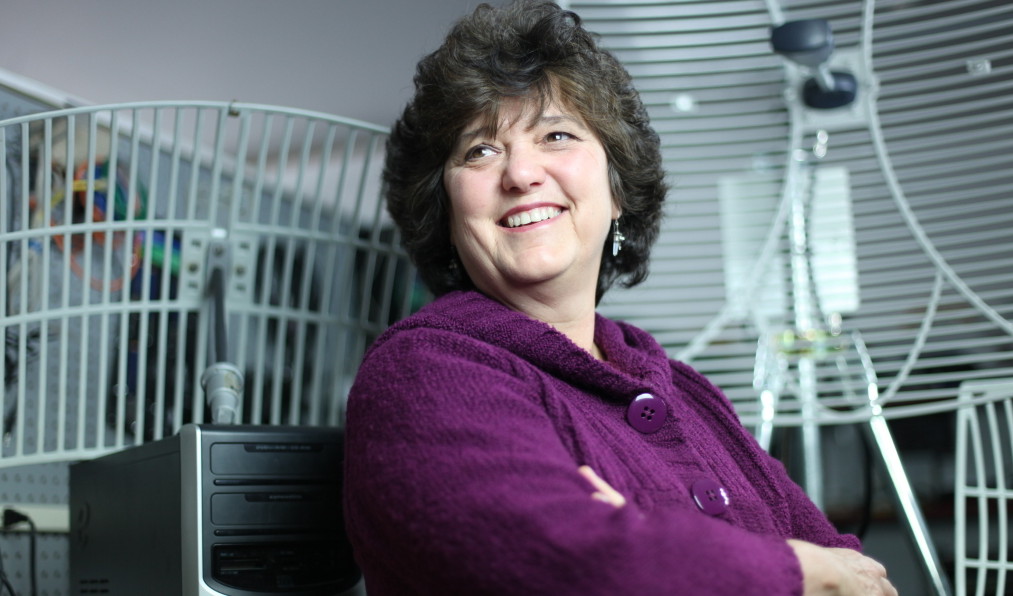 In 1998, when Suzan Corbett moved from a city in Massachusetts to a rural community in Maine – a state in northeastern United States of America – her medical invoicing business came close to collapsing for lack of broadband Internet access.

Seventeen years later, Susan turned her difficulties into a huge social business, connecting thousands of rural dwellers, farms and businesses to high speed internet. In fact, she is called the “Goddess of the Internet” by her folks at the Washington County, where she runs a small IT firm, Axiom.

Suzan’s rapid broadband growth in a rural neighbourhood, considered unprofitable for commercial broadband enterprises, is a reflection of the U.S. broadband policies that target rural dwellers.

The U.S. government runs a cocktail of policies that encourage broadband penetration in under-served communities to promote education and employment, farming and other businesses, healthcare, public safety, and equity in national connectivity speeds.

The program also targets the establishment of Public Computer Centers and projects that focus on increasing broadband Internet usage and adoption, including digital literacy training and outreach campaigns to increase the relevance of broadband in people’s everyday lives.

Suzan’s broadband enterprise is a beneficiary of these government grants in two folds.

Jonesport, in Washington County, rural Maine, where Susan bought a home, is like an average Nigerian rural town, remotely located with houses far apart and buried in thick brushes. The area cannot be considered a profitable market for any big telecommunications company.

Susan’s greatest challenge on arrival at her seaside home in rural Maine was access to broadband internet.

“Doctors were sending me jobs and I needed a way deliver them quickly,” Suzan, who was an office nurse for 25 years, said. “I called my cell phone service provider and they said it was impossible to have broadband internet in my home.”

She was confident it was possible to have broadband delivered to her home. “They have wireless in Taipei, why can’t I have it in Jonesport?” she argued.

Her broadband success excited neighbours, mostly blueberry farmers and fishermen, who had long tried to get access to the Internet. Suzan turned her access to a hotspot and began to share her access for a token as a social service to her community.

“I started this business out of nothing,” she said. “There was no business incentive to do it, just the passion to bring broadband to rural dwellers.”

Subsequently, she added two transponders at a time, spreading the access through the thick forests of mountainous rural Maine.

Eager to expand her hotspot, Suzan joined Axiom Technologies, a local IT firm founded in 2004. One year later she bought the company and started out as a full fledged internet service provider, with a social twist.

Ten years later, Suzan’s Axiom is still not profitable but many of her subscribers – who often are small businesses and homes tucked between mountains and forests – affirm her services remains a key component of their businesses and daily lives.


“Our farm is definitely more efficient now than it was five years ago, before we had broadband access,” Wayne Hansom, owner of Welch Farms in one of the suburbs of Washington County said.

Mr. Hansom relies heavily on the internet to run his blueberry farm, ranging from acquiring seed and cropping research data from the local university library, to operating his driverless tractors, and sales.

Dell and Marie Emerson, owners of Wild Wescogus Berries farm in Washington County, and many other farmers within the county polled in a recent tour of the area by PREMIUM TIMES, also attested that broadband indeed boosted the efficiency of their enterprise.

Susan’s Axiom has received over N596 million ($3 million) in grants and awards from public and private entities, including the NTIA administered BTOP.

She is constantly expanding, connecting more difficult to reach homes and teaching farmers how to use the internet to improve their business. In addition to field classes, her office houses a classroom with virtual capabilities, mainly for adult computer lessons.

Susan’s Axiom occupies a niche in the broadband market the U.S. government calls “Last-Mile”, in which its has pumped billions of dollars to keep alive.

Just above the Last-Mile in the broadband business chain is the Middle-Mile which the government is also supporting with funds.

Fibre optics is the fastest technology in broadband internet at the moment, and the U.S. government is actively funding its expansion and adoption, especially in rural area where commercial broadband is economically unviable for commercial investors. Many U.S. states have also amended or written laws to support the expansion of broadband in their territories.

The Three Ring Binder, executed by Maine Fibre Company is 1,100 miles of fiber optic cable installed throughout the state of Maine between 2010 – 2012. The project cost N6.5 billion ($32.8 million) and the U.S. federal government provided 80 percent of funding. 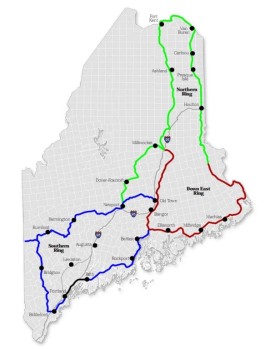 The state of Maine amended its laws to allow the Maine Fiber Company to use utility poles to provide high capacity leased dark fiber on an open access, non-discriminatory basis to other telecom carriers – like Susan’s Axiom – and Community Anchor Institution users – like University of Maine campuses, police station, hospitals and fire departments. Till date, it has connected 200 institutions, delivering connectivity of 10 megabits per second.

The Three Ring Binder also powers the Maine Schools and Library Network, consortium of almost 1,000 schools and libraries across the state of Maine, connecting most of the sites with a speed of up to 1Gb connectivity.

The government’s key concern about the grant is that the network must be non-discriminatory and it prohibits any individual from buying up more than 20 percent of bandwidth made available by Maine Fibre.

Dwight Allison, the CEO of Maine Fibre Company, admits his business was not profitable and would have been impossible without government’s support.

“If I didn’t have 80 percent grant from the federal government, there is no way I would have sustained this business,” he told foreign journalists in Maine, recently.

The U.S. government promotes equal access to high speed internet and has similar project models in many parts of the country, stepping in to defray cost of broadband investments in places where there are no economic incentives in sight.

Although many other conditions must be in place before the Internet can deliver its empowerment magic, the U.S. government says every $1 invested in broadband adoption yields at $3 to its GDP. And the investments in the state of Maine, from Middle to the Last Mile, is seen as successful.

“If your work is internet dependent, Maine is the place that will provide you with fast broadband connection with the vacation effect,” Chris Rector, a local politician said.

These outcomes and sustained government support is what Susan, now a broadband advocate, hopes would fuel her passion to connect every rural dweller in Maine to high speed internet and teach them how to exploit it.