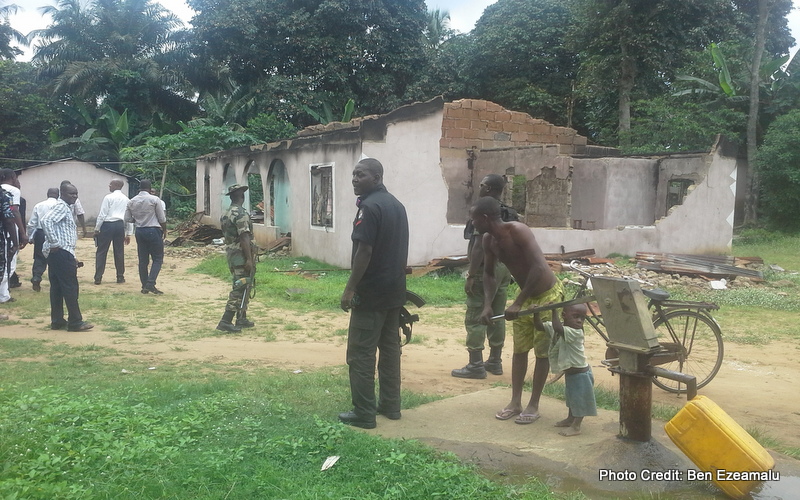 On his way to a campaign rally in his community on March 14, Emmanuel Asuquo stopped at a road junction at Obono village and tore off a campaign poster of a local politician in the area pasted on a wall.

A handful of youth accosted him and a scuffle ensued with Mr. Asuquo sustaining bodily injuries with which he made his way to the campaign ground organised by the Peoples Democratic Party, witnesses said.

The reprisal violence allegedly spearheaded by the deceased’s family on the same day unleashed brutal assaults as well as burning and destruction of over half a dozen homes and properties in the community.

The armed, violent youth targeted the homes of Blessing Nwuchegbuo, a known campaigner for the All Progressives Congress in the community and other members of his family.

The homes and properties of family members of Victor Amadi, a member of the House of Assembly, whose poster was torn, were also destroyed.

“Before the burning of my house, I received threats from PDP members. I’m known as a grassroots politician, a very strong one for that matter,” Mr. Nwuchegbuo told a Commission of Inquiry on Tuesday.

He added that he had mobilized people for the campaign of one Victor Amadi, representing Etche Constituency 1, which angered PDP supporters.

“PDP people said to me one on one, not even on phone, ‘are you sure you will come to this community on that election,'” Mr. Nwuchegbuo said.

“Three days after the mobilisation, I was attacked. I had to leave my car and ran into the bush. It was after three days that I went to retrieve the car.

“I reported the threats to the police and they said it’s a normal thing in political setting.

“After my attack, I equally reported to the police but the man didn’t accept to follow me to the village.”‎ 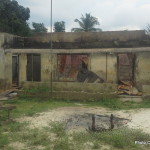 The Rivers State Commission of Inquiry, instituted by Governor Rotimi Amaechi, is probing politically-motivated killings, destruction of properties, and grievous bodily harms to persons ahead and during the 2015 general elections.‎

On Monday, the Commission dismissed an attempt by the PDP to halt its proceedings and went ahead to entertain testimonies from 10 victims and witnesses.

On Tuesday, the panel moved to communities in Etche local government area to inspect destroyed houses and properties.

The Commission was accompanied by officials of the Ministry of Lands and Survey to help estimate the value of damaged properties.

“We inspected about seven premises which had been the subject of allegations of arson and destruction, and listened to diverse groups within the community as to what happened,” said Chidi Odinkalu, a Professor of Law and Chairman of the Commission.

At Mr. Nwuchegbuo’s compound in Obono-Ozuzu, four buildings were torched by the irate youths who also used jack hammer to knock down parts of the houses.

“They brought the dead man’s corpse here and started burning and destroying the houses,” said Ndubuisi Ebere, a resident in the community.

Mr. Nwuchegbuo absolved himself of blame in the death of Mr. Asuquo, insisting that the young man died of complications from malaria and typhoid.

But rivalry between the Nwuchegbuos and the Asuquos dates back to 2008 when Mr. Nwuchegbuo defeated Mr. Asuquo in a councillorship election,” according to Mr. Nwuchegbuo.

“Things escalated after Asuquo died of malaria and typhoid and I was accused of being the killer,” he said.

“In Etche, if you kill somebody, you can’t come to the village for seven years. Since this incident, I have been frequenting (sic) the village to prove to them that I did not kill anybody.”

Inside the destroyed buildings lay charred remains of bicycles, a metal bed, and cooking pots.

A woman, Augustina Nwuchegbuo, said on the night of the incident, armed robbers returned, shot her dog and stole her money.

“That night, I no know the people whether na thief or the people who burn this house, come thief my cloth, my daughter cloth,” said Mrs. Nwuchegbuo, 55, who lives a few feet away from the burnt houses.

The woman said she ran away.

“Even knife I dey take go farm, e don thief am, our church generator. Him carry small gun. I tell am say I no follow. If no be God, him for kill me,” she said.

At what used to be the home of Loveday Onunwa at Umuikpe-Ozuzu, the youth used a jack hammer to knock down the side of the five bedroom building.

Inside one of the rooms, partly burnt books including a Bible and Sociology textbook littered the floor.

Mr. Onunwa said he now resides at his mother’s house at Etche-Elele.

“When I saw my house burning, in fact, I faint (sic). I’m a poor man, I know how many years I suffered to build that house,” Mr. Onunwa, a stock fish trader, told the Commission on Monday.

Mr. Onunwa accused the deceased’s family of masterminding the destruction.

“I told one of my brothers, Paulson Opurum, to go and ask Macaulay Onyegbule Asuquo what I did to him and he said he’ll annihilate all the members of my kindred.

“Macaulay was the one leading the boys. He was the one who poured the fuel. They stayed further till the fire burned before they begin (sic) to scatter the house. I was in hiding.”

On the second day, on March 20, the youth returned and headed to the family compound of Mr. Amadi, where his father’s and uncle’s houses were set ablaze.

But the lawmaker’s newly built mansion was untouched.

A nearby church belonging to The Redeemed Christian Church of God was riddled with bullet holes.

Brother of man billed to testify at Rivers Inquiry kidnapped