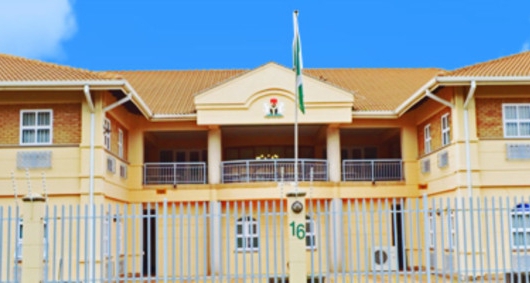 TRAVEL: Inside Nigeria Consulate in Johannesburg, and the changing tide, By Folu Olamiti

Happy days are back at the Nigeria Consulate in Johannesburg. Both staff members and visitors and, indeed, people that have one business or the other to transact with the High Commission, are having a swell time. No, it’s not because Christmas, the season of love, peace and goodwill to all men is in the air, but because the new man at the helm of affairs at the Consulate, Godwin Adama, the Consular General, has brought a new lease of life into the way business is conducted in the place.

Call him the man with the Midas touch and you would have hit the nail right on the head. Less than one and half years that he took over the mantle of leadership, he has brought such a dramatic transformation to the Consulate that you wouldn’t need a seer to tell you that a new sheriff is town. What is happening presently at the mission speaks volume on how good leadership can stimulate and, indeed, be a key to good governance.

The last time I was at this mission was six years ago. The atmosphere that beset me during the visit was bedlam. The chaos in and around the complex was like the type you experience only at Ojuelegba or Oyingbo markets in Lagos where miscreants are kings. Like in Ojuelegba and Oyingbo, where miscreants rule the market, so it was in and around the consulate, where loafers bought and sold with impunity; and even topped their illicit game with unbridled passport racketeering. They even constituted themselves into illegal licensed agents of the consulate with their self-imposed mandate to ‘assist’people applying for passports and visas. The racket was so tight you cannot go into the consulate without encountering them one way or the other. It was an embarrassing spectacle. However, if you have been to some countries’ consular offices in Lagos or Abuja, you would discover that the scenario I’m describing pales into insignificance when compared to what goes on in those places.

Yet, that’s not all. Commercial vehicles had slots for passengers trooping in from Johannesburg and surrounding or adjoining communities, leaving nothing to show that this building belonged to the Nigeria Mission.

I flew into Johannesburg on the 25 November, 2018, on a short vacation. On 28 November, I called my bosom friend, the Consular General (CG) of the mission, Godwin Adama, to alert him that I was in town. He was excited and promptly invited me for a visit. I jumped at the offer. But judging from my past experience, I decided to ask a friend to accompany me ostensibly to assist me in getting inside.

I got there in good time. I could not believe what I was seeing. Right from the gate, I noticed a dramatic change. The whole environment was free of illegal movements. No miscreant or urchin was milling around. As soon as my friend and I got down, I asked him if the day was a work-free day. He replied in the negative. The smartly dressed security men at the gate greeted us politely and immediately confirmed that I had appointment with the CG but that the appointment did not cover my friend. They put a call to a contact inside and in another ten minutes, my friend got a clearance.

Later, I learnt from the CG that everything at the consulate is done according to laid down rules. The regulations, he added for effect, are sacrosanct and backed by technology. For example, he explained that the security men have the data of visitors for the day. Time of visit is already captured. No gate crashing and those coming in will be subjected to serious security check before they are allowed in.

My immediate observation on arriving at the premises was the serenity that pervaded in and around the mission. All the razzle-dazzle I saw at the place six years ago had disappeared. Instead, I was beset with a touch of elegance. The spacious space was sparkling. Though I expected to see many vehicles parked, only the CG’s newly purchased official Mercedes car and a mission bus were in sight. I was told that the officers had their own garage.

Now, inside the complex, I met another spectacle. Every section is well furnished. Each wing at the foyer comfortably seats 10 to 15 visitors. It also serves as mini conference room. However, no one was there; which goes to show that fewer people with confirmed appointments are allowed in. As earlier stated, appointments are given strictly on business to allow the CG and his officers face the business of the commission squarely. The few occasions you find many people in the complex were when important visitors came calling from Nigeria or from other countries.

At the CG’s office, I sighted many files on his table which, he explained, were outstanding claims of staff members as funds from home were intermittently delayed. However, CG Adama said he always made sure that all workers at the mission received their salaries as when due, but other petty allowances had to wait till allocations arrived from Abuja. No wonder the workers I saw during my visit were working with all commitment and loyalty. They clock in at 7 a.m. and close at 4 a.m.The CG leads by example. He gets to work at 7 a.m. and closes at 4p.m. except in cases where duties take him outside Johannesburg.

The issue of paucity of funds is not peculiar to the mission in Johannesburg. So, it is with most of our missions across the globe. Many are not funded for more than six months. I made my own inquiry in Abuja a top government official told me the Federal Government always ensured that funds to mission abroad was one of its top priorities. He said funds were regularly released to Central Bank but the bottleneck to disburse to missions had always been the issue.

What is responsible for these seamless operations? I asked the CG. He answered philosophically, attributing “everything To God.”

“It was tough when I got here,” Adama informed. “The problems looked unsurmountable but I approached God for solution and I got it. I had a serious running battle with these touts, who attempted to intimidate and blackmail me to the extent of threatening physical assaults, but I stood my ground and disbanded them.

“What it now takes to be a proud owner of Nigerian passport is payment of 100 dollars (N36,000) for adults and 77 dollars (N27,720) for children depending on current local exchange rates.

“And for those who travel from outside Johannesburg, they get their passports within 24 hours, because of the logistics of travelling from long distance.

“I succeeded in a record time to reduce the collection of passport between eight and six months to one week. Same with the issuance of visa. People with genuine documents now receive their visas between 48 and 72 hours in line with the Presidential Executive Orders on the ease-of-doing business.

“The premises of the consulate are now free of miscreants who have nothing to do than to be creating chaos and instituting corruption within the system.

“No loiters anymore, and for those who have to stay more than the expected hours due to one logistic issue or the other, a resting place has been provided for them at the gate which is equipped with conveniences and other facilities for their comfort,”

Godwin Adama is no doubt a selfless and hardworking officer. Wherever duty calls, he demonstrates hard work and excellence, and with the God-factor, surmounts challenges effortlessly, no matter how tough.

As I closed the impromptu session with him, I asked: What motivates you? What is your secret formula for success? He said simply: he said: “It is my binding faith in the Almighty God who is the author and finisher of my faith.”

Folu Olamiti, a fellow of the Nigeria Guild of Editors, live in Abuja.