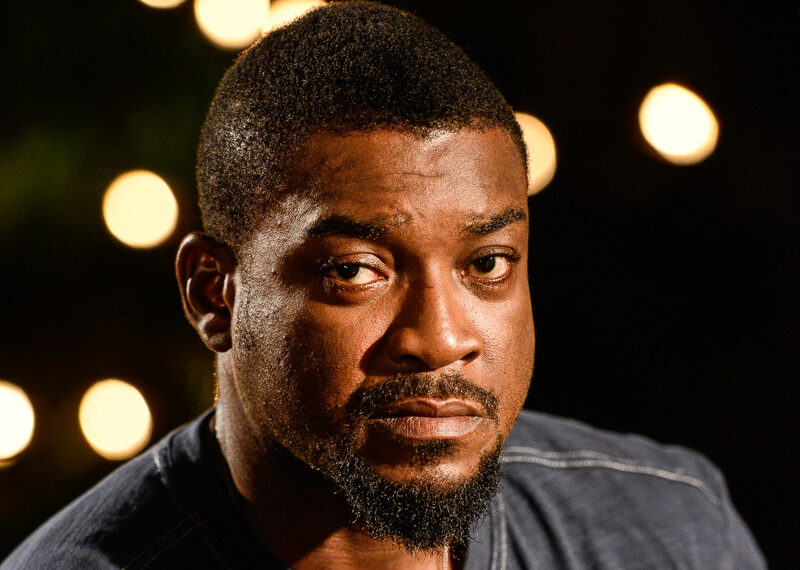 For staging a grand comeback into Nollywood with his role in ‘Shanty Town’ after years of absence, Nollywood actor, Chidi Mokeme has been trending for days.

Aside from his sterling performance in ‘Shanty Town’, the actor’s recent disclosure that he has been battling an untreatable condition known as Bell’s Palsy has got him trending nonstop.

Bell’s Palsy is a condition that causes sudden weakness in the muscles on one side of the face. The flaw makes half of the face appear to hang.

Smiles are one-sided, and the eye on the affected side resists closing. In most cases, the weakness is temporary and significantly improves over weeks.

In an interview with Channels TV on the programme, ‘Rubbin Minds’, Mr Mokeme, who clocked 50 in March 2022, announced that the illness struck him when he was on a promotional tour for the 2016 military movie, ‘76’.

According to him, as the cast and crew of ’76 were preparing to go on the trip to the UK for the British International Film Festival, he came down with the condition.

“I thought it was something I could move around with, I tried to come for the Lagos premiere of 76 at the time, but the attention was focused on the face rather than the premiere, and then I knew it was not something that I could work with. I will take time off to try and sort out that problem that needs my face to be in top shape,” the actor added.

He, however, said that while he sought a solution to his condition, he focused his attention on his other businesses.

Despite being forced to stay away from his passion, acting, Mr Mokeme, who lost his sister and his cousin in 2022, said that he opted to remain strong and positive.

“Fortunately for me, I consider myself someone who has always been mentally strong. I’m a self-proclaimed ‘life magician’. I’m a student of life.

“I take life in my stride. So I just knew that all I had to do was focus on God, who has been the one doing everything. Even we are alive because God is with us and his hands are upon us. So I kept my focus on God,” the multilinguist said.

Mr Mokeme, who returned to Nollywood in 2022 in ‘The Therapist’, also talked about staying relevant and how he has managed to pull it off.

In his words, acting is his job, and it is all he has ever done. As a result, he takes it seriously.

“I think it’s just taking my job seriously, that’s it. I take this as a job. This is a job. this is all I’ve done all my life. It’s the only thing I’ve done; I’ve never really gone out and worked in the office or anyone’s office apart from mine. So I take my job seriously. When I wake up, that’s it,” he added.

The actor, who speaks Yoruba, Igbo and Hausa languages fluently, was the host of the Gulder Ultimate Search Reality show.

In 2012, he married his wife, Jean Olumba Mokeme, a Nigerian, born and raised in the US.

He played Scar, a fierce personality in the rave-of-the-moment TV series, ‘Shanty Town’.