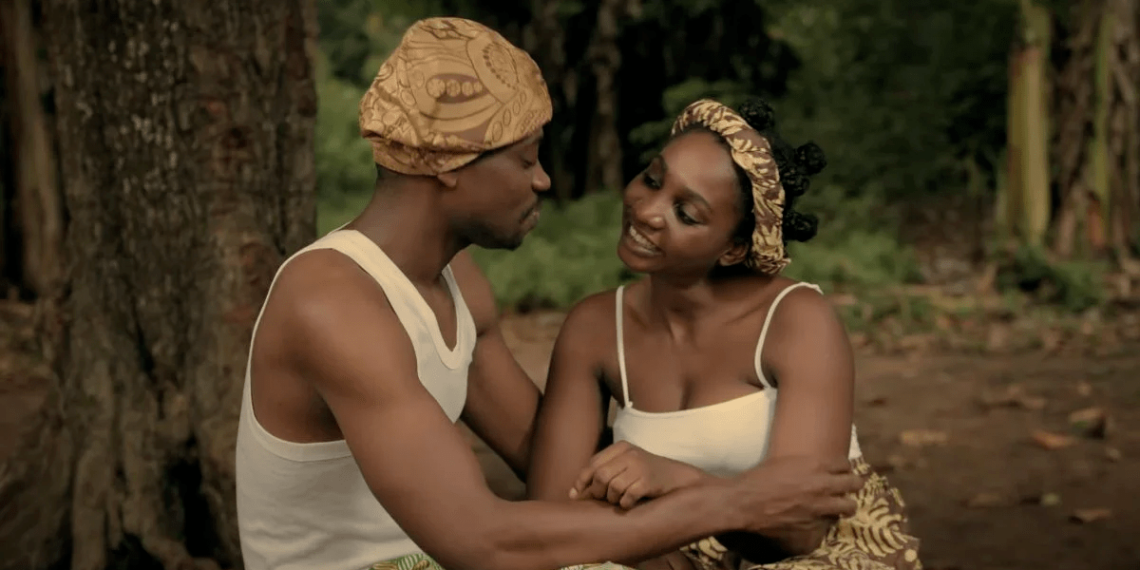 Adedimeji Lateef and his love interest in The Griot

It was nice to see a Nollywood film that serves as a moral guide for adults and children.

For some reason, Nollywood is starting to shed a global spotlight on indigenous movies, and it’s safe to conclude that we, along with the rest of the world, are living for it.

Released in 2021, The Griot is what you might call a romantic drama that includes a line-up of famous actors like Lateef Adedimeji, Funsho Adeolu, and Yewande Adekoya. While the film positions itself as an indigenous movie, it uses western concepts, including language, to depict a compelling narrative.

In other words, The Griot could easily be described as one of those movies that imitated the western style of acting and speaking, which made it lose those authentic values that movies like Anikulapo and King of Thieves brought to our screens this year.

Based on the title, one can assume what the film entails. It tells the story of a storyteller called Sanmi(Temiloluwa Fosudo), whose stories have earned him popularity in his village. Unknown to the village people, the stories he tells are from his best friend, Lakunle (Adedimeji Lateef).

Lakunle is a shy man who helps Sanmi in exchange for helping him woo a girl he likes. The agreement goes south when greed starts to set in, and Sanmi reveals that he wants Tiwa(Goodness Emmanuel). This leads him to sabotage any chances Lakunle has with Tiwa secretly.

Fortunately, fate brings both Lakunle and Tiwa together, causing Sanmi to sabotage any chances Lakunle has with Tiwa. Taking a step further, he asks the king to decree that Tiwa becomes his wife. Upon hearing the news about the king’s command, Lakunle gets upset and confronts his friend.

Plotting a revenge plan with the help of Tiwa, Lakunle soon builds up his confidence to tell a story publicly. On the night of an important festival, Sanmi, widely regarded as the king of storytelling, is nowhere to be found, so Lakunle steps in, reveals the agreement he and Sanmi had, and tells a story.

Sanmi was later caught fleeing the village. He is banished but soon returns to ruin what could have been a happily ever after.

The film’s themes are unforgettable, as they offer several valuable lessons. From greed to friendship, each piece was an accurate representation of reality. It was nice to see a Nollywood film that serves as a moral guide for adults and children.

The cinematography is quite applaudable. Lighting, sound, and location were professionally executed, mainly referencing the film’s beginning when Sanmi told a story about a river woman.

The setting is also great, giving us a glimpse into a more traditional way of life—it makes the story believable.

This movie is undoubtedly overhyped because it lacks the IT factor you find in any blockbuster.

The bolstered storyline seemed like something you would find in a children’s storybook or an African Magic movie. It felt basic, almost like zero effort went into the plot development. The writer could have added a new spin to the story, even though it’s a cliché.

READ ALSO: MOVIE REVIEW: ‘The One for Sarah’ offers strong moral lessons that are almost forgettable

Using English as a dominant language did not help, as it took away an integral part of storytelling. We have seen that the world is open to watching us speak our indigenous language. It would have been best to convey dialogues using the Yoruba language.

The producers might have had their reasons, and I am not offended by their choices.

I am, however, unable to explain how I felt hearing villagers use grammatical words and sound eloquent.

No offence to the actors, but the acting was average, which is unsuitable for such a film with a promising concept.

Lastly, who decided that the ending, which had one of the main characters die, was a good direction? It added to the proof that the film lacked a good story structure and made it harder to decipher the genre.

5/10. The shaky story structure doesn’t shy away from The Griot, a film that reflects cultural heritage and values passed across generations.

The Griot is now streaming on Netflix.