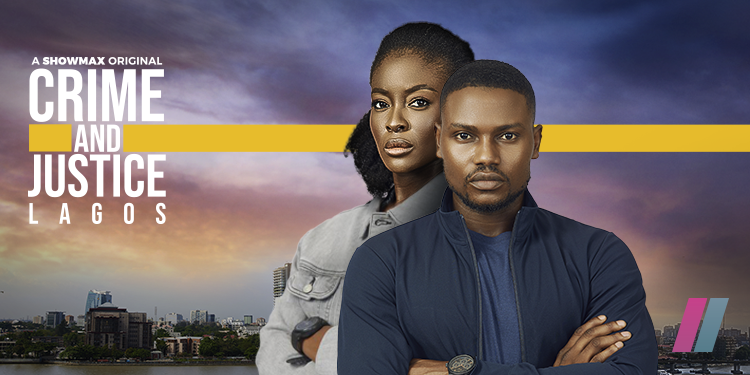 'Crime and Justice Lagos', a new police procedural and crime drama series, will begin airing on the 8th of December.

Following the success of the Crime and Justice franchise, original series pair in Nairobi, Multichoice entertainment, and online streaming service Showmax announced that the series would be debuting in Nigeria.

‘Crime and Justice Lagos’, a new police procedural and crime drama series, will begin airing on the 8th of December.

According to the entertainment company, new episodes will be released every Thursday for six weeks.

The series is set in the backdrop of the biggest and most densely populated city in Africa.

Busola Tejumola, Executive Head of Content and West Africa Channels at MultiChoice Nigeria, said they had created a crime series that captures the city’s pulse from its glitzy clubs to its grimy ghettos through the lens of law enforcement agents tasked with keeping its citizens safe.

“Each episode mirrors real crime stories that audiences will connect with and will give them a lot to ponder about,” Ms Tejumola added.

The new series comes on the heels of the success of Diiche, a six-part psychological thriller with a blend of the modern, mythical and mysterious, in October.

Showmax Nigeria added to their Originals Flawsome in November, which is currently streaming.

The original drama series focused on the lives and passions of four women living in Lagos.

The streaming box pulled a new charm with Crime and Justice Lagos being its third Nigerian Original released by the platform since it set up its physical operations in Nigeria this year.

These shows join the growing slate of other Showmax Nigerian Originals such as the docu-series Journey of the Beats; comedy series Ghana Jollof; reality TV series I am LAYCON, and the record-breaking Nigerian instalment of The Real Housewives franchise, The Real Housewives of Lagos.