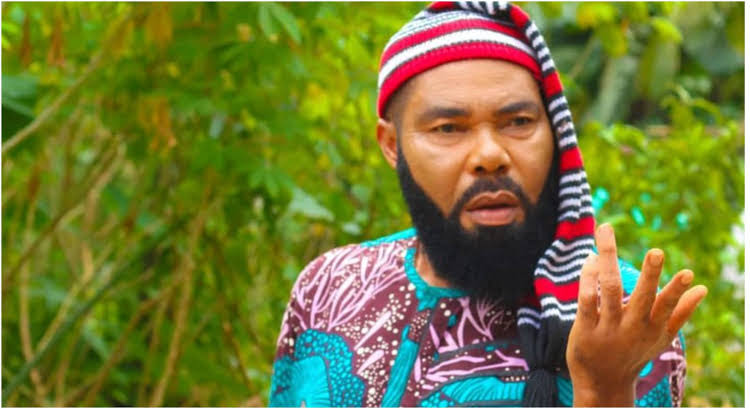 "She said she had withdrawn the case and that this was not what they told her. It was obvious she was being manipulated".

Embattled Nollywood actor Moses Armstrong has once again insisted that he is not a rapist.

The actor is accused of raping a minor, an allegation he vehemently denied.

In June 2022, Mr Armstrong was arraigned on charges of ‘rape’ and ‘threat to life.’

He was prosecuted for allegedly raping a minor – a teenage girl he adopted and has been living with his (Mr Armstrong’s) family.

The actor was first arraigned before a Magistrate Court in Uyo on 17 June, but the case was struck out after the Magistrate, Samuel Ukoima, ruled that the matter was not properly filed.

He pleaded not guilty to all four charges.

On Wednesday, the case against the actor resumed hearing in the court where his accuser gave her testimony.

In an interview with PREMIUM TIMES on Friday, the actor’s lawyer Emmanuel Pantaleon described the case as an attempt at blackmail.

According to Mr Armstrong, who said he is innocent, his accuser lived with him for four years.

She left the house on her own afterwards. She wanted to come back, but he refused.

He further stated that after two years of being away from the house, she started with the accusations.

“My arrest and detention affected my career in some ways. Before my arrest, I had four outstanding jobs, but by the time I was released, they had been given away. I’m still building little by little,” he said.

He added that while in detention, the girl in question came to visit him, crying.

“She said she had withdrawn the case and that this was not what they told her. It was obvious she was being manipulated,” he said.

The actor, a former aide to the Governor of Akwa Ibom State, Emmanuel Udom, described his suspension by the Actors Guild of Nigeria, AGN, as unfortunate.

According to him, the Guild disowned him out of bigotry.

“I saw my suspension as bigotry because I’m not Igbo. If I were Igbo, things would have taken a different turn. Two other AGN members who are Igbo had the same issue, but they were not suspended.

“However, Rollas chose to issue a suspension even without hearing from me, hearing from my lawyer or my manager. It was pure bigotry. This is a guild that I have served diligently for the past 23 years,” he said.

Speaking with this newspaper, Mr Armstrong’s counsel confirmed that yhe case has been opened to hearing.

According to him, the complainant testified halfway before it was adjourned till January.

“We can’t speculate at this moment. The case is in court, so we are not allowed to comment.

“When the case resumes, there may be a possible cross-examination of the key witness,” he said.

In August, upon perfecting his bail conditions, the actor was released from prison.

The Actors Guild of Nigeria suspended him following the rape allegation.

The Akwa Ibom State-born actor, who started his career 23 years ago, lost his wife, Rita, in 2018.

The mother-of-two was returning to her husband’s residence in Uyo, Akwa Ibom State, from Lagos, when the bus she was travelling in had an accident at the Ugbogui axis of Benin Ore Lagos Expressway.

Rita, a Nollywood actress, died from spinal injuries sustained during the accident.