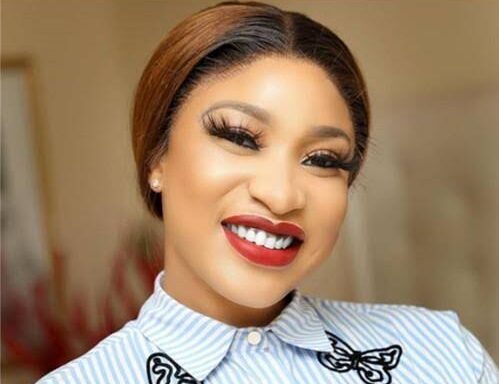 How I wanted to be pastor – Tonto Dikeh

Tonto Dikeh may be successful in her other endeavours especially acting, but she says that she missed her initial calling.

Controversial Nollywood actress Tonto Dikeh may be successful in her other endeavours especially acting, but she says that she missed her initial calling.

In a recent interview with media personality Chude Jideonwo, the actress says that her original plan in life was to go into the gospel ministry.

Although she has taken up other professions, she says the door is not closed, as she may still answer the call.

“I’m an opportunist with this thing called acting or entertainment. But God has ordained that step already. I was swimming in a swimming pool.

In 2017, shortly after her divorce from businessman Churchill Olakunle, the actress announced that she was now born again, declaring herself ‘Radical for Jesus’.

Ms Dikeh, who has been absent from the movie industry, then explained what being born again meant.

Highlighting what it means to be born again five years ago, she said it is about living a fun-filled, happy and joyous life knowing that the almighty God is on one’s side.

She wrote, “Being born again isn’t about not having friends or hanging out, it’s about having the right friends that will elevate, motivate, inspire you and most especially pray with you…

“My fellow brethren, it is time for us to Allow the world to see Jesus in us colourfully. My name is Tonto Dikeh. I am a Radical for Jesus. My life is as bright as a coat of many colours. I speak in heavenly tongue, and I am an entertainer.”

Since then, she has preached the gospel amidst criticism on her Instagram page.

Ms Dikeh recently made headlines when she was named the running mate to the governorship candidate of the African Democratic Congress, ADC, Tonte Ibraye.

On her decision to run under the aegis of the African Democratic Congress (ADC), Tonto said she chose the party because it is youth-friendly.

“It’s a party that carries along the women and the youths. I just wanted to identify with it.

“I’m big on women’s empowerment. I’m big on youth empowerment, so it’s only natural that I fall under such an umbrella. This has been going on for the past three years; it is not something new,” she said

The actress said that, unknown to many, she has been a politician for the past three years.

She noted that entertainment was never her calling as before joining politics, she tried her hands at other things, including farming and fashion.

“I’ve had this burden for a very long time. My calling has never been in entertainment. I didn’t just start with politics.

The mother-of-one noted that complaining and staging protests never solves any problem.

READ ALSO: Why I chose to welcome my baby via surrogacy – Ini Edo

“What’s going to solve that problem is for me to include myself in active politics. I am not afraid to be vulnerable around people I love. Many people did not know I had been politically inclined to (for) over two to three years.

“I work with an office called the Committee of Youth on Mobilisation and Sensitisation. We work for the president,” Ms Dikeh added.

According to the 37-year-old actress, the most significant leadership role she has undertaken is in motherhood.

She says that even those who dislike her praise her mothering skills.

“Even if you fault me in anything, you can never fault me there. Even people who hate me will say I’m one of the best mums they have seen on earth.”

In her music career, the actress said that she fully assumed that her extensive social media following would work for her.

“I felt my numbers would work, but I didn’t know that you had to be more talented than the numbers.

“I failed woefully in music. When I say I failed in music, it’s not because my music was not good, but I think I lost the confidence to move on. I think music is consistent. If I had continued that, I would have made good music,” she added.