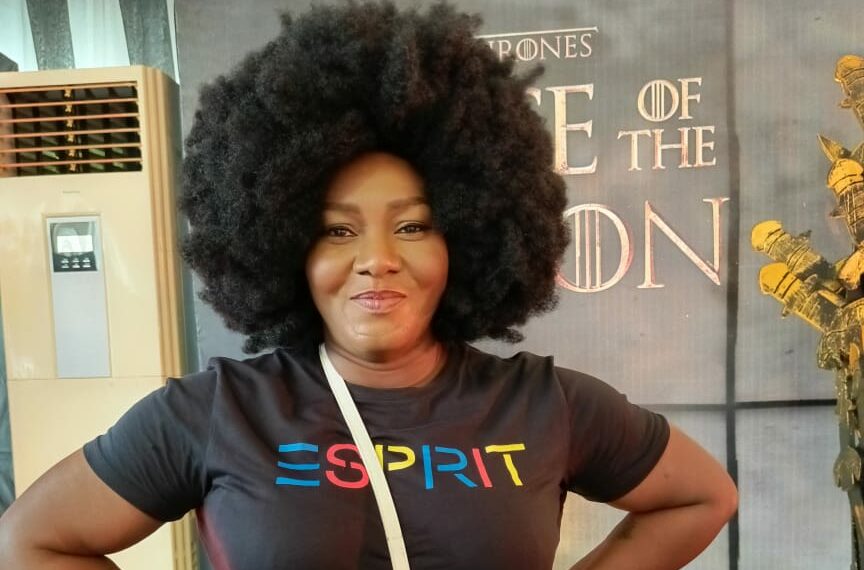 "How much do we even get paid? As I said, money matters a lot. You can’t live solely on acting in Nigeria. That is impossible".

Anne Njemanze is a veteran Nollywood actress famous for starring in classics RattleSnake’, ‘And true Confession: and her titular roles in ‘Domitilla 1 & 2’ in the late 90s.

The actress also starred as Inspector Sankey in the blockbuster hit series Tinsel.

The actress, who was previously married to fellow actor Segun Arinze, has also featured in several Nollywood films.

In this interview with PREMIUM TIMES, She speaks about movie remakes, aspirations and Nollywood.

PT: Apart from Tinsel, we have not seen you in other mainstream movies lately. Is there a reason for that?

Anne: Again, maybe because I find that most of my time is occupied with work. First, at that time, Nollywood was coming up, so we had a lot of time on our hands, so we just left diploma school. What do you expect? We were everywhere, and when things got busy, we went into the business of reaching more active, and that’s just literally what it is. And of course, recently, I’ve been in some movies like in the past two years, but I can’t tell you if it’s very regular. You must be careful what you choose and how you choose it, especially when you are on a platform like Tinsel.

PT: Now that you have to be careful about the roles you accept, what are you choosing aside from Tinsel?

Anne: In real terms, it means telling good stories and being the proper ambassador for Nigeria, which matters a lot to me.

PT: Being in Some of our biggest classics, Silent Nights, Domitilla. Would you feature in the remake of Domitilla?

Anne: I hear it is on, they told me they were going to do it, but I haven’t seen anything about it.

PT: If you are approached to be part of it, are you willing to?

Anne: It depends on the logistics available.

PT: Logistics, what does that mean?

Anne: It means the word, Logistics. Suppose it suits me. Okay. It is nice if it is convenient and proper if everything works out. Why not. It’s a beautiful one.

PT: What do you think about the trend of Nollywood classic remakes?

Anne: Not every classic should be brought back as a remake. I think a few of them went on the floor. I’ve watched two such movies- I can’t call names, but I wasn’t impressed. Not with the acting, not with the directing, not with the story. When you do remakes, it should be better, or if not better, it should be a modern version of what it is than the classics were. Why bring mediocrity into it all because you want to join the remake class? If you are not going to do it right, don’t do it.

PT: Who would you blame for this trend?

Anne: It goes a lot of ways. I won’t blame many actors because you give out what you see in the scripts and what the director says he wants to see. We shouldn’t bring out trash as much as we want to make money. It’s a bandwagon, a trend everywhere in the art industry. People go, Oh, this is what is going on. It’s a trending love story, so let us do a love story. That shouldn’t always be the case. So it’s a whole lot of things. If I was a producer and wanted to put my money down to do a remake, it had better be worth the while; otherwise, don’t bother. As I said, some things, classics, and relics live as they are in their original form. Just live it that way. It is beautiful. People can go back to it and still relate to the message that’s in it than doing a remake that is a sham.

PT: Is that why you are particular about the films or productions you star in?

Anne: I’m particular about them because it is proper that we tell the good stories on the right platform that matters.

PT: Right now, historically relevant movies seem to be trending. Do you think it’s a trend that is going to last long?

PT: There is also a trend of actors going into production. Do you have that desire?

Anne: Yes, amongst other things, of course, you also have to look at the economics of it. That matters a lot. The model for Nigeria is not the same for every other country. We are different; if it is convenient for anyone to do that, why not.

PT: If you don’t make a movie of your own, would you be comfortable with that?

Anne: It wouldn’t make me any lesser of a human being. We all kind of produce.

PT: With your years in the Industry, most would expect that you would have also gone into directing.

Anne: Directing? Really? Maybe I would go into that after I get some training. You see, Know what it is you are going into. What you see are people who jump in because they feel, “Oh, I have been around for a while”. That doesn’t qualify you. Are you qualified to go into the arts?

PT: Which was your debut movie role?

PT: What are the lessons that have kept you going in the Industry?

Anne: Be honest! Get an everyday job.

PT: Why did you say that?

Anne: You know some of us don’t just tell the truth. Acting is not going to pay all your bills. Acting can get me what I have right now, connect me to other platforms, and open particular doors, but it is not every day. You don’t make money every day by acting

PT: Mean it can’t pay your bills in the sense of the word?

Anne: No, it can pay some of your bills, not all of your accounts and not all of the time.

PT: Are you saying there are no actors dependent solely on the money they make from acting?

Anne: That is crazy in Nigeria; anywhere in the world, you shouldn’t. How can you do that? In Nigeria, you can’t depend solely on acting. How many are you going to do it? How much do we even get paid? As I said, money matters a lot. You can’t live solely on acting in Nigeria. That is impossible.

PT: Which other business ventures do you do alongside acting?

Anne: First of all, I will tell you I’m a civil servant, at the National Troupe of Nigeria, under the Ministry of Information and culture. I have my singing, and I have my writing. I have my artwork.

PT: Have you exhibited?

Anne: Yes, while I was in school, I did a bit of an exhibition. But right now, it is more bespoke.

PT: What would you do differently if you could start your career again?

Anne: I wouldn’t want to do acting all over again. I want to be a costumier.

Naira Redesign: Kidnappers will ask for dollar as ransom – Gumi