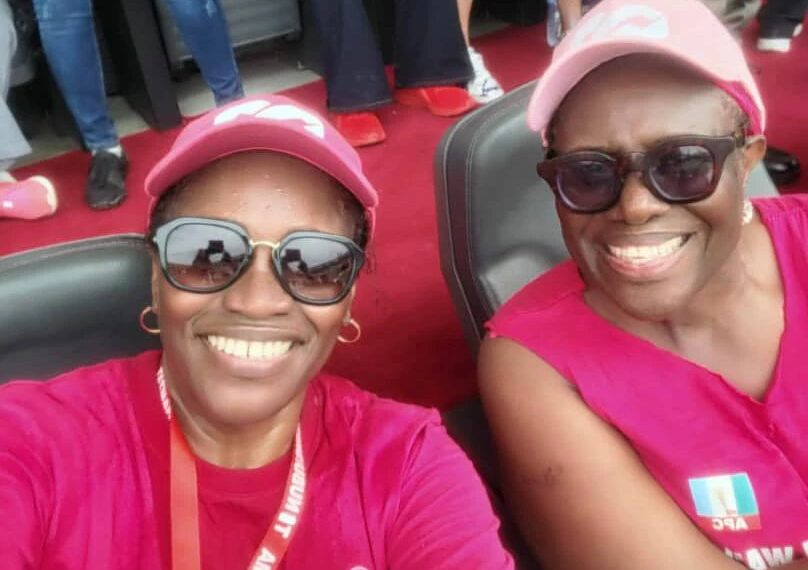 The female Disc Jockey, DJ Kult, was also spotted at the gathering.

The march comes on the heels of Ms Silva’s inclusion as a member of the women’s wing of Mr Tinubu’s presidential campaign council.

Ms Silva is to head the Creative and Entertainment Industry committee of the council.

Other committee members include Toyin Adegbola, Esther Wright, Rose Odika and Hadiza Kabara, among others.

Other actresses co-opted into the council are Mercy Johnson and Rahama Sadau.

While Ms Johnson is yet to say anything concerning the list, Ms Sadau distanced herself from the appointment.

Ms Daramola, on the other hand, is an active member of the APC.

The actresses joined other APC female members as they marched at Lagos Island, CMS and adjoining areas singing and pledging allegiance to the candidature of Tinubu/Shettima.

A similar walk was held in Onigbongbo, Maryland.

The First Lady, Aisha Buhari was named the grand patron of the council, known as the ‘Tinubu/Shettima Women Presidential Campaign Team’.

Other council members include Abike Dabiri and Rinu Abiola, daughter of the late Chief MKO Abiola.

Also playing a vital role in the council are the wives of the presidential and vice presidential candidates of the party, Oluremi Tinubu and Nana Shettima, former First Lady of Borno State.

They will serve as Chairman and Co-Chairman of the women’s campaign team, respectively.

On Wednesday, the Independent National Electoral Commission (INEC) gave the political parties the go-ahead to campaign for the 2023 general elections.

On her page on Instagram, Ms Silva wrote that it was time to meet up with her fellow Holy Child College Old Girls alums, Ibijoke Sanwo-Olu, the wife of the Lagos State governor.

She posted a video of herself, the Lagos State First Lady and others dancing and waving brooms, the party’s symbol.

It is not the first time the APC will list entertainers as part of its campaign council.

Earlier, several entertainers, including Jide Kosoko, Zack Orji, Ogogo, and others, were drafted into the APC presidential campaign council

They were nominated under the Performing and Creative Art Directorate with Mr Orji as director.

Jide Kosoko is the secretary of the directorate, and Saheed Balogun is the assistant spokesperson of the Directorate.

In July, a group of entertainers, under the aegis of the Ambassadors for Change group, paid Mr Tinubu a courtesy visit.