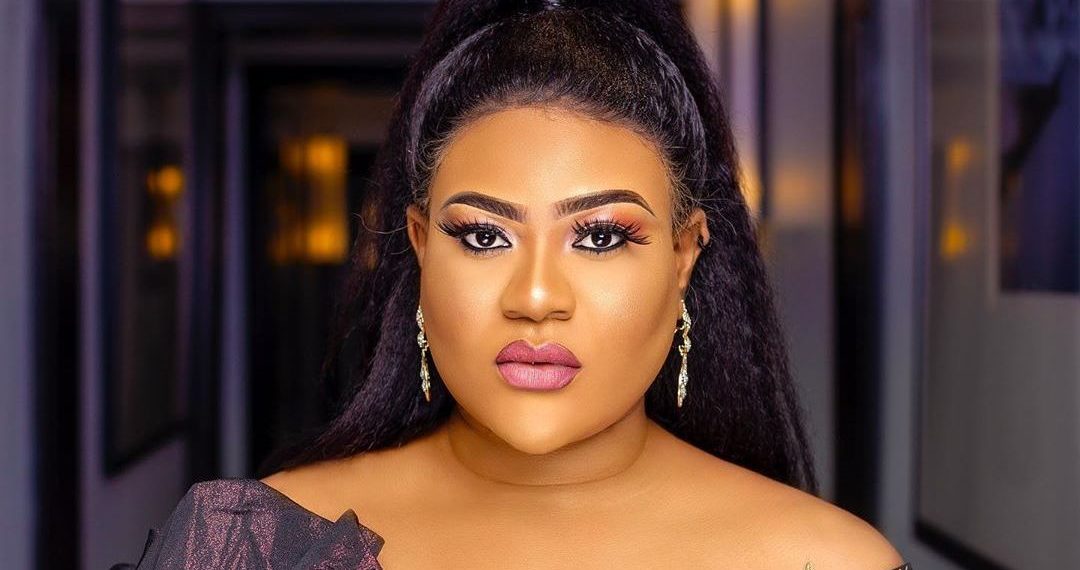 The occasion was a ceremony commemorating her mother’s death anniversary.

The actress lost her mother a few days before her birthday in September 2021.

Videos of the event went viral over the weekend and have attracted mixed reactions.

Responding to critics, the famous actress said sex toy advertising is a source of income for her and her family.

She is, however, being tongue-lashed as many questioned the morality of such “advertisement.”

Checks on her Instagram page show that the actress has been advertising sex toys for the last two years.

When PREMIUM TIMES contacted the actress, she declined to comment, saying she pays no attention to critics.

Minutes after, on WhatsApp status, the actress said critics are inconsequential.

The actress broke up with her ex-lover, Opeyemi Falegan, in April over a report by a notorious blog accusing her of infidelity

Their affair became troubled after the blog accused the famous actress of having a personal experience with a realtor for an endorsement deal.

The actress was accused of dating the owner of the company.

In his accusation, the blogger tagged Nkechi as Falegan’s wife.

Also, in a television interview recently, the Yoruba actress said she dated Mr Falegan to get back to her former American boyfriend.

“He was the one that loved me more. I recently broke off a relationship with my ex, who lives in America, and then in the heat of the break-up, he started posting a girl covering her face, and I realised that this man was asking me out. So I tried to use him to get back at my ex; I landed in the relationship.”

Although yet to be known, the actress has hinted at her newly found love.