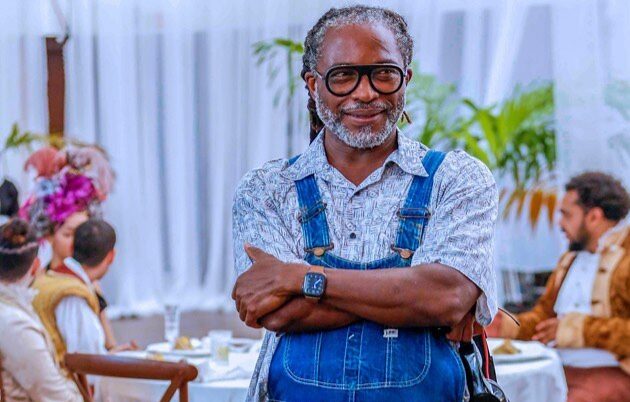 The celebrated Nigerian novelist and playwright died on Sunday at 54.

The award-winning filmmaker and novelist Biyi Bandele, a mainstay in the Nigerian literary space who produced some of Nollywood’s spectacular films, died on Sunday at 54.

Theatre arts practitioners and Nollywood are still mourning the loss of an iconic star who holds a special place in their hearts.

His daughter, Temi, broke the news of his death on Facebook on Monday night.

The statement read: “As Biyi’s daughter, I am heartbroken to share the sudden and unexpected death on Sunday 7th of August in Lagos of my father, Biyi Bandele.

“Biyi was a prodigiously talented writer and filmmaker, as well as a loyal friend and beloved father. He was a storyteller to his bones, with an unblinking perspective, singular voice and wisdom which spoke boldly through all of his art, in poetry, novels, plays and on screen.

‘‘He told stories which made a profound impact and inspired many worldwide. His legacy will live on through his work. He was taken from us much too soon. He had already said so beautifully and had so much more to say. We wish everyone to please respect the privacy of his family and friends as we grieve his loss.”

His colleagues have paid glowing tributes to him on Facebook and other social media platforms.

Mufu Onifade, a playwright and dramatist, wrote: “This sudden death pricks me to the marrow! At times, like this, even silence does not provide answers to many whys rummaging our minds. Noises will fizzle in the air just like a fart, and silence is not always golden. Indeed, life and times are transient! Rest In Peace, great creative thinker. RIP, great writer and film director. RIP, Biyi Bandele! May your journey home be smooth.”

Filmmaker Mo Abudu also paid tribute to the movie director of several of her film projects, including ‘Fifty’ (2015), ‘Blood Sisters’, episodes 1 & 2 (2022) and the forthcoming film Elesin Oba, The King’s Horseman, for which he wrote the screenplay. ‘Elesin Oba’, one of his last works, will premiere at the Toronto International Film Festival in September.

She wrote: “Biyi had an eye for a story, was always passionate about his work, and had a great love for Yoruba culture. We will miss his dedication, cheerful spirit and collaborative nature. Rest in peace, dear friend.”

Actress Ireti Doyle in her tribute to the late filmmaker said he handed her one of the biggest moments in her career.

Ireti recollected her encounter with the deceased on Tuesday in her tribute on Twitter.

She tweeted: “One day, we’ll tell the stories behind the story. At a pivotal point in my career, this man went to bat for me. Had never met him before that fateful day in the audition room. Ended up handing me one of my biggest moments. Rest in power, Sir!”

My heart is heavy. We were planning to make his book Burma Boy into a major Motion Picture. There were many others in the works.

Thank you for being a friend, mentor, therapist and supporter.

He was studying Dramatic Arts at the University of Ife (now Obafemi Awolowo University), Ile Ife, when he won the BBC Playwriting Competition. After that, he relocated to England, where he had a flourishing career as a writer.

He was a dedicated artist with a strong passion for life and a string of successes in his writing and filmmaking career. His latest work is Elesin Oba, the King’s Horseman (2022), which he adapted from Wole Soyinka’s classic drama, Death & The King’s Horseman, and directed for EbonyLife Films. The film is yet to be released but will screen at the Toronto International Film Festival, TIFF, in September.

He had earlier co-directed Blood Sisters, a 4-part Netflix-original television drama series, also for EbonyLife Films. His earlier works include Half of a Yellow Sun (Shareman Media & State Films, 2013), adapted from Chimamanda Adichie’s novel of the same title, Fifty (Ebony Films, 2015). He was also a director of the highly successful Television Series SHUGA: What’s Your Reality.

He directed FELA – Father of Afrobeat (2018), a TV special documentary for the BBC, and his self-produced TV-Movie documentary, Africa States of Independence (2010).

His fiction and non-fiction works include The Street, Burma Boy, a novel, a recreation of the story of his father and other veterans of the Second World War, who served in Burma, India, which he was going to adapt for film. His other writing works include The Man Who Came in from the Back of Beyond, The Sympathetic Undertaker, and Yoruba Boy Running, which he recently concluded and submitted for publishing.

Biyi was a devoted father to his son, Korede and daughter, Temi.