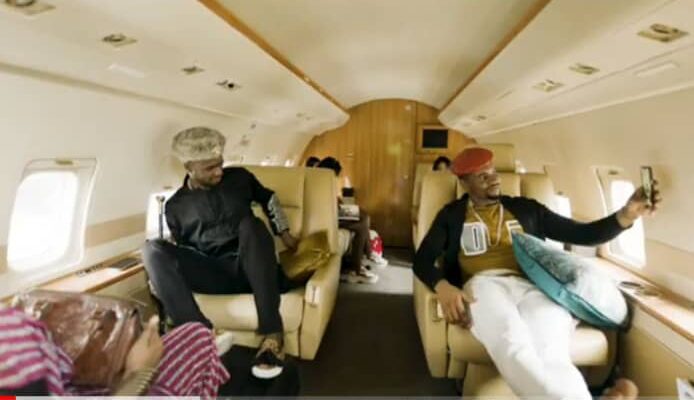 The producers say the story is inspired by the 'get rich quick' trend that is fast becoming a lifestyle for many young people.

Impressively, the film recorded a standing ovation and rave reviews from attendees about the quality of the production.

The unanimous ovation ended with an interactive session with the press headlined by Ms Odiete and Achufusi.

When Josiah’s wife, Lucy (Oma Iyasara), arrives without notice and with their three daughters, Joseph (Achufusi) checks into a local hotel. But, a mix-up lands him in a room belonging to Diokpa (Charley Boy), a local criminal Lord.

What Joseph finds in Diokpa’s room changes his life and that of his friend Josiah (Josh2Funny), thus sparking a game of cat and mouse with Diokpa tracing the two Joes to Lagos, where they have become the biggest boys in town.

Speaking on the message behind the story, Ms Odiete described the film as an action-comedy film, a combination she says is rarely seen in Nigerian cinemas as seen from the trajectory and history of the box office.

She said: “‘Money Miss Road’ is a buffet served with a lot for everyone to chew on, seeing all that has been happening in the country today. The film highlights vices Nigerians hope to see change. We see people running into money that they never thought they could ever have”.

Explaining the technical depth of the film, Mr Emelonye said the film was shot on an Arri Alexa mini using high-quality prime lenses. At the same time, the Director of Photography was Biola Oke.

“With most of the action in the film happening at night, we wanted to use that to create a dark cinematic mood in the movie, although the subject matter is light and comedic. It played into the thriller elements of the film and the tense, edge-of-your-seat rhythm of the chase scenes.

”I wanted to do a more physical, action comedy instead of the talky drama that we are used to. If you liked films like ‘Rush Hour’ and ‘Bad Boys’, then you’ll love Money Miss Road,” he said.

‘Money Miss Road’ was filmed in Abuja and Lagos.

The movie is executive-produced by Odinaka Emmanuel Offia with Radisson Blu Anchorage VI Lagos as partners.