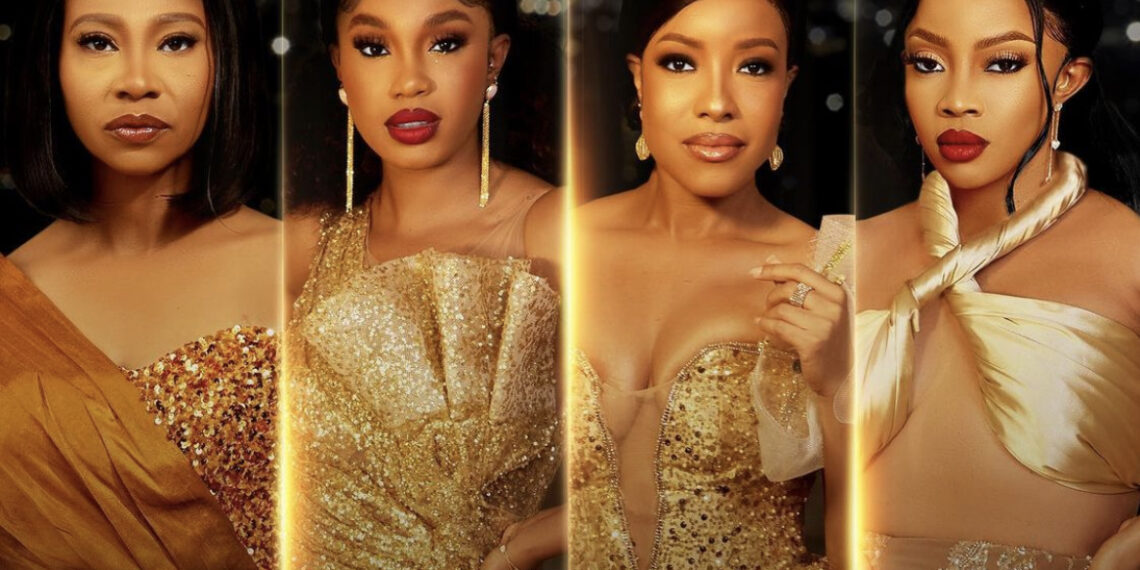 Despite breaking a record, Glamour Girls has received negative reviews from viewers and film critics since its release.

The movie is a remake of Kenneth Nnebue’s 1994 classic starring Liz Benson, Zack Orji and other veterans.

The remake follows a group of four female escorts navigating their relationships and a glamorous lifestyle.

In reviewing the film, PREMIUM TIMES noted that the film bore similarities with EbonyLife’s Chief Daddy2, except this time the movie was about four ladies.

Despite breaking the record for being the first Netflix Nigerian original movie to reach the top ten global list, it received several negative reviews from viewers and film critics shortly after its release.

The negative feedback grew as Nigerians called out the production company, urging them to stop remaking Nollywood classics and instead invest more in writing quality scripts.

It should be noted that this is the second Netflix original Nigerian film to receive widespread criticism; the first was Chief Daddy 2, which was released earlier this year.

See some of the reactions below.

“So none of the actors in Glamour Girls stopped during the movie’s shooting to ask, “what are we doing? This has to be the worst Nollywood movie I’ve seen recently.”@CHLemchi

“I feel like Nollywood should start investing more in the story, and the writing than making the film appear expensive.” @Aitiyahensley

“If you watch Glamour girls with expectations, I’m sorry, but it’ll be dashed; it’s not a great movie, but it’s not all that bad; it’s just an okay movie that would have been better if the producers tried a little harder. But Sharon Ooja killed her role as always.” @dami_boye

“Glamour Girls” plays like they shot a 20-episode series, and then Netflix shouted, “what?! Who tells una to do season feem? Na 2-hour feel we tell una na! Oya summarises, I am!”

“So they edited it down to 2 hours and cut out many things,” @andyRoidO

“The new Glamour Girls, now showing on Netflix, is not a remake. It is an accident,” @Catchoris

“You people should not bother wasting your precious data watching GLAMOUR GIRLS. I’ve been there; it’s a total WASTE. No head, No tail,” @Usmanashafe

“I just watched glamour girls. All of you that hyped that movie, my God will Judge you for making me waste two hours

“I can understand celebrities lying to encourage their colleagues, but for you n me to join n lie that glamour girls banged is a criminal offence. Haba naw

Why una Dey lie like this? Some actors did a good job, yes, BUT IT IS ABOUT THE MOVIE ITSELF. STOP LYING

In response to the negative reviews, the film’s producer and Play Network owner, Charles Okpaleke, acknowledged the film’s reactions so far.

He wrote: “It has been exciting reading a lot of the reviews for Glamour Girls over the last couple of days. Your positive feedback and constructive criticism motivate us to keep doing more, to keep doing better. Thank you for loving, criticising, and watching while knowingly (or not) telling the world via your numerous platforms to do the same.

I hear we just broke a new record this morning! It has been milestone after milestone, record after record, since the very day we released Glamour Girls, a Netflix Original, on Netflix! The whole world is watching Glamour Girls (A film for us, By us).

Shout out to all Nollywood filmmakers constantly going through the nightmare of making movies in Nigeria. You guys are a blessing and an inspiration.

And, of course, a massive shout out to other self-proclaimed Nollywood filmmakers and critics, who have produced numerous movies in their heads, won awards with them and even climbed the stage to make speeches but are yet to create any in reality. We see you; we are rooting for you! A win for one is a win for all.”

‘Buga’, ‘Stand Strong’, ‘Last Last’ other hits that dominated first half of 2022

“I’ve sacrificed my life for Nigeria,” – Soldier who died in Shiroro attack