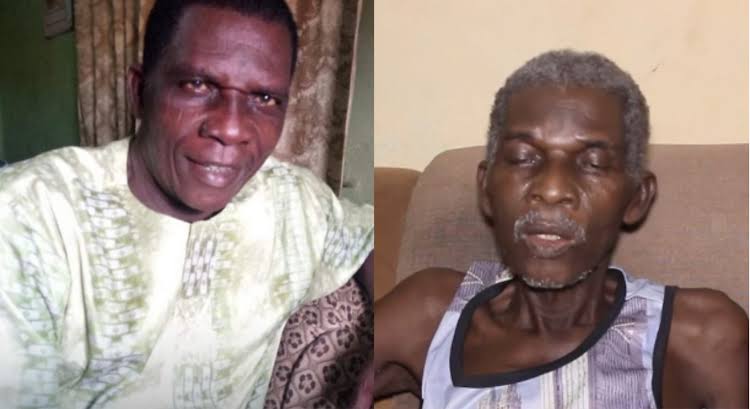 Baba Atoli died on Thursday after battling an undisclosed ailment for over a year.

Ropo Ewenla, a member of the Ibadan Film Circle (IFC), the group to which the late filmmaker belonged, confirmed the news of his death in a statement on Thursday.

Foluke Daramola, an actress, has also confirmed the death of the ace Nigerian actor in an Instagram post.

Ms Daramole shared a photo of the late actor with the caption: “Sad we lost baba Atoli. Such a shame.”

Also, fans, friends and family of the late actor took to social media to mourn him.

Baba Ali was a member of the cast of ‘The Village Headmaster’ and also authored a crime fiction titled ‘The Charmed Lock.’

He resurrected and repackaged the longest-running Yoruba TV programme, ‘FEYIKOGBON.’

His movie credits include – Give and Take, Destiny, Hostess, Ọmọge (Damsel), – Pardonable, Unforgivable, and Happy Homes (a drama series once aired on DSTV, among others.

In March, the actor pleaded for financial support from his colleagues and fans following an illness in a video posted on YouTube.

In one of the videos, Raji, his wife, also narrated the actor’s year-long battle with an undisclosed sickness.

“This sickness started in May 2021. We thought it was a minor thing when it started, so we took him to one hospital, where he spent four days. After that, we brought him home with the hope that he has fully recovered,” she had said.

“However, a few days later, we noticed that his condition worsened. It was at this point that people recommended that he should be taken to the Federal Medical Centre (FMC) in Abeokuta, which we did.

At FMC Abeokuta, several tests were carried out on him, and we spent a lot of money. But a few days before his surgery, the hospital embarked on strike. We initially thought the strike would be called off after some days, but it lingered. We eventually did the surgery, and we took him home.

“The sickness, however, resurfaced again. We need the support of Nigerians to ensure he doesn’t die. I don’t want to become a widow.”

Baba Atoli died days after his colleague, another veteran, Yinka Ogundaisi, passed on.

Naked Supreme Court dance not a bad thing after all, By Azu Ishiekwene

Nigerians need to be tolerant of one another, Buhari says in Rwanda