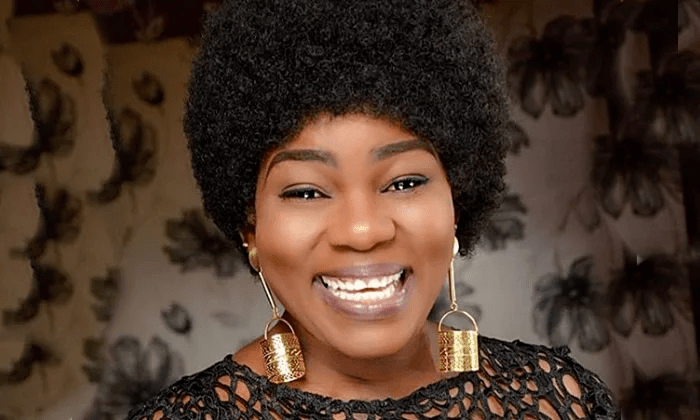 “I have an issue right now that can take my life, but I won't die. I would get over it"

Famous Nollywood actress Ada Ameh has opened up about her mental health battles.

The 48-year-old actress revealed that she was given a job which she failed to deliver because she was battling mental health.

According to the actress, the company did not understand what she was going through and, as such, filed a lawsuit against her.

Ms Ameh claimed the company was suing her for a staggering amount, which she seems unable to afford.

The actress started her career 27 years ago and admitted that the lawsuit had taken a toll on her, but she wouldn’t allow it to weigh her down or kill her.

Ameh, who lost her only daughter in October 2020, stated, “It is taking my life.”

Sharing the video on Instagram, she included the caption, “Do me good. Because God is good.”

She said, “I have an issue right now that can take my life, but I won’t die. We would get over it. I was given a job but didn’t do it because I have mental health issues. Will people understand it if you have mental issues? No, they wouldn’t. They are slamming me with a bill, suing me. It’s okay”.

In November, the Nollywood actress, in an interview with media personality Chude Jideonwo, explained how she gave birth at 13.

In October 2020, Ms Ameh lost her daughter, Aladi Godgift, who was over 30 years old.

Her daughter died after an unsuccessful surgery in Abuja.

The actress said that life had not remained the same since her daughter’s death.