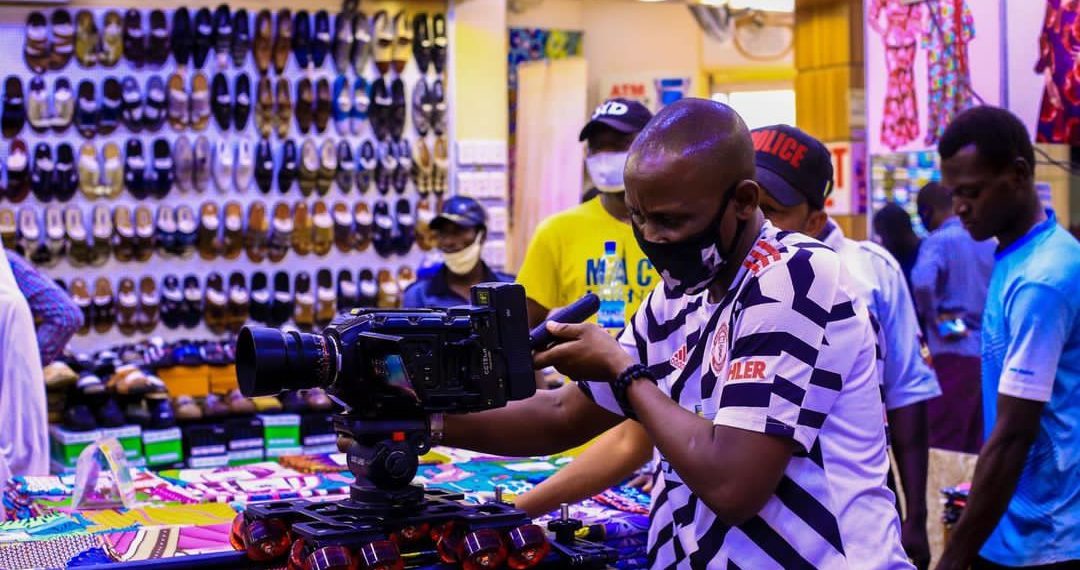 Murtala Balala, Cinematographer/camera during the recording of Labarina movie series

NBS says Lagos State produced the highest number of movies in the first quarter of 2021 while Benin and Bauchi recorded the least with two movies each.

The National Bureau of Statistics (NBS) has revealed that 416 Nigerian movies were produced in the first quarter of 2021.

According to the agency, the figure is a lot lesser than 903, which was the number of Nigerian films produced in the last quarter of 2020.

Although the agency did not give a reason for the sharp fall, it stated that the decrease indicated a decline of 53.93 per cent quarter on quarter.

It also said that the number of movies produced in the first quarter of 2020 was 407, indicating a growth of 2.21 per cent year on year.

The NBS also added that Lagos State had the highest number of movies produced by location in the first quarter of 2021 with 149 closely followed by Onitsha in Anambra State with 140 movies.

However, Benin and Bauchi recorded the least with two movies each.

The NBS said its data was provided by the National Film and Video Censors Board (NFVCB) and verified and validated by the NBS.

A movie promoter in the Hausa film industry, also known as the Kannywood, lamented the situation.

Hassana Dalhat, who spoke to PREMIUM TIMES, said the industry has witnessed a sharp fall in movie production and marketing.

“I am a film promoter in the Kannywood industry, but as far as I am concerned, business and production have significantly dropped in the last years. The production is not for the market anymore.

“Filmmakers only produce films for cable channels and how many are they going to make? What is the profit? Many filmmakers have run out of business, only major producers who have huge capital are making a few movies, and their films are only viewed on cable network.

“So in this context, you cannot even have a reason to want to measure any indices.”