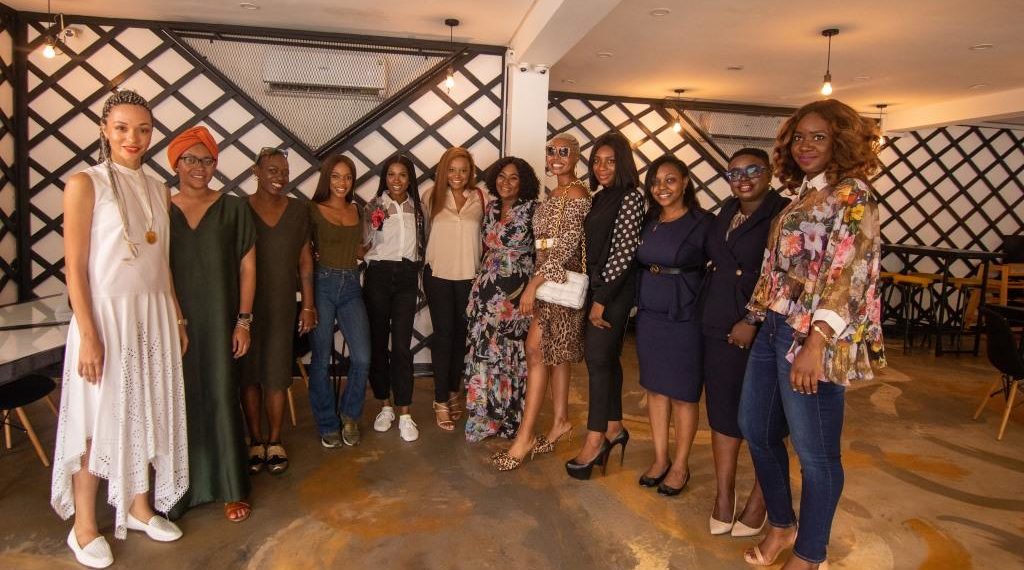 Over the weekend in Lagos, female stakeholders in the Nigerian movie industry gathered to discuss and proffer solutions to the challenges they face.

The occasion was the April edition of the Inkblot Women in Film (IWIF) lunch. IWIF is an initiative of the Co-founder of Inkblot Productions, Zulumoke Oyibo.

With the objective of tackling social, ethical, and professional issues surrounding women in Nollywood, IWIF aims at creating a working environment that is safe and free.

Speaking at the gathering, Ms Oyibo said some of the challenges confronting Nigerian women in the film industry like unequal pay and sexism are some of the reasons (IWIF) exists to advocate women’s inclusiveness and impartial access in the Nigerian Film Industry.

“The industry is opening up now, and as we continue to grow, it will be great to have it less fragmented and informal than it currently is. The IWIF is to ensure that we put together whatever we need to get the industry to become the standard industry that we desire it to be,” Ms Oyibo emphasised at the third edition of the IWIF lunch.

From disrespect to unequal pay, sexism, and more, the participants shared first-hand experiences of the issues women face in Nollywood.

Actor, producer and host, Eku Edewor made reference to the portrayal of sexism in Nollywood, mentioning that some female producers and writers are guilty of this as well.

“Report shows that women make up 60% of the Nollywood film audience. It is important that women are represented better in films, rather than telling the story from the male gaze: from characterization to story, costumes and more,’’ Edewor said proffering a solution.

Another issue that was brought into the limelight is the gender pay gap. Many of the attendees at IWIF confirmed that women still earn less than men, for doing equal work in some productions. What’s even more shocking is that there have been cases where male supporting actors got paid more than the female leads.

Actor and presenter, Michelle Dede said, “One of the things that always stuck out when I first came to work here (Nigeria) was the fact that people felt the male host of a show should be better paid than the female, even though the woman would have done all the research and is better equipped than her male counterpart.”

Speaking in the same vein, Omowunmi Akinnifesi stated that “secrecy in fees is also one of the reasons the pay inequality thrives.”

The former Most Beautiful Girl in Nigeria and founder of Global Woman Africa suggested that practitioners open up about their fees so people know what is obtainable so no one gets cheated.

Women were also encouraged not to accept being treated unequally or paid less than they deserve when such instances occur. “Sometimes it is very hard to say no when everyone is saying yes, but to get a standardised rate and improve the way creatives are paid, people may need to start saying NO to fees that do not reflect their worth,’’ said Teniola Olatoni, director and producer.

To solve this, it was recommended that Nollywood welcome a standard/union level fee structure as is practised in some other film industries across the globe.

The belief is that when there is no secrecy about the fees that people are paid in the industry, people will not be shortchanged as everyone has an idea how much they are paid. A structure that caters to what everyone should be entitled to based on expertise and experience, regardless of gender.