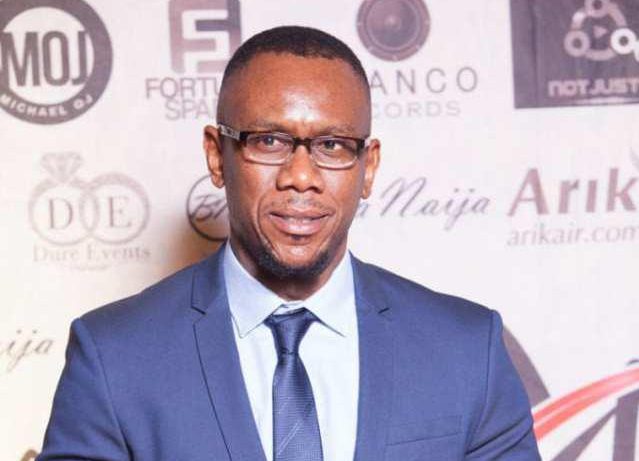 Pascal Atuma is a Canadian-Nigerian actor, screenwriter, film producer, director and CEO of TABIC Record Label. As an actor, he has starred in productions like ‘Sweet Revenge (Winner 2018, Kevin Hart’s Laugh Out Loud), ‘Bloodlines’, ‘LAPD African Cops’, ‘The Other Side of Love’, ‘My American Nurse’, ‘Faithfulness’ and ‘Secret Past’.

In 2018, he directed and produced the first Canadian-Nigerian co-produced feature film titled ‘Clash’.

In this interview with PREMIUM TIMES, he speaks about his industry and shares his thoughts on national issues.

PT: You were once in the news for saying some actors have had to sacrifice their bodies to attain stardom in the industry, even though you said some people took this out of context. Recently, some filmmakers have been enmeshed in sex-for-role scandals. Do you think this is a confirmation of what you meant over two years ago?

Pascal: I campaign against unwholesome practices like sex-for-roles and I believe that actors should be assigned roles on merit without primordial considerations .

Latest events are undesirable, but I must be quick to add that very good actors and practitioners with impeachable records abound in Nollywood

Just like in every sector, there are irritants. My take is that we must discourage the irritants by encouraging people with talents.

The entertainment industry in Nigeria is a major image-maker for Nigeria and an economic fulcrum for individuals and the Nigerian economy. The competition in the international community is getting higher and we need the best to remain rated. Say No to Sex-for-Roles !!

PT: People feel your take on how to punish corrupt public officers won’t work because the lawmakers are also in on the corrupt practices. Don’t you think a total revamp of Nigerian leadership will be more productive?

Pascal: My recommendation of corporal punishment for thieves is targeted at deterring public officers from corruption and outright theft of public funds with impunity. It is a clarion call on the masses to hold legislators accountable for review of laws to suit the charade in government.

It will work, if the legislature is also corrupt, the voters should not reelect them. The onus of social reformation is on the masses. My suggestions are to stimulate public conscience and eventually create an enabling environment for social change in the management of public resources. We cannot continue like this, no way!

PT: How is your record label coming along? Do you feel you have fulfilled the purpose of its creation?

Pascal: TABIC RECORDS is coming along very well. We are making progress day by day and the more we go the more I see the vis

ion my brother (Oscar) and I had initially when we formed Tabic International in Los Angeles, California many years ago. It’s beautiful to see the boys transforming right in your eyes, it feels like planting a seed, watering it and watching it grow.

We only signed the two boys, Amani Boss and AOD; we have released their singles and videos globally. Amani Boss is in a private school in Lagos, AOD is still fighting his battle with JAMB as any other youth in Nigeria, so we are making progress, slow and steady.

I have not fulfilled the purpose yet, still work in progress. When the vision is fulfilled you will know, the boys will become men then …lol.

PT: From your experience outside the country, do you think this economic problem is peculiar to the Nigerian film industry or it is the same all over?

Pascal: No, it is not the same. You can make a very good living as an artiste and live flamboyantly if you chose to in the western world because of the set up, foundation and effects of government policies. The rules of engagement are completely different.

PT: You hinted of launching a new reality TV show, “The Last Hurdle,” last year. How’s that coming along?

Pascal: My God, we were 100 per cent set to announce registration before COVID-19 came. I was in Nigeria six good months from October to March preparing for take-off April 1st before the COVID, so we had to put it on hold and I left Nigeria April 6th with the Canada Embassy Evacuation flight back to Toronto. It’s a vision that must be fulfilled, so when the world gets this corona situation under control we will take off by Gods grace.

PT: The Pascal Atuma skits used to serve great contents until over two years ago. Why did it stop? Any plans to bring it back?

Pascal: We were shooting in Nigeria, I think we were on the 17th or 18th episode and my agent, Mr Warren Beatty (AAB Talent & Management), called from Toronto that I was needed for a Viceland – HBO TV Series titled “ Mister Tachyon” directed by MR.X . I played Dr. Tachyon in the series. I had to leave Nigeria immediately and fly back to Canada to do the show. After the show we went into the production of CLASH, the movie which I produced and directed and when I returned to Nigeria, my brother Dr. Oscar Atuma, decided we put the skits on hold and lift off the record label for the less-privileged but extremely talented kids, TABIC RECORDS. That took all our time and focus and we never went back to filming the skits. A lot of the fans are calling for it, hopefully when time permits we will get back to it. I love shooting skits, why not?

PT: In your opinion, how is the Nigerian film industry fairing and what would you do differently if you had the chance?

Pascal: Nollywood is growing, they are doing their best with what is available to them, very positive and encouraging.

I will change the orientation, complete total overhaul of the system, change the culture completely so the new people entering the industry will have a total different foundation. Once the foundation of a house is messed up it is difficult for that house to stand. I will wipe the entire culture and orientation and start on a clean slate, honestly. And also make sure that I carry the government along because we need good policies in place and full government support and backing to achieve a great NOLLYWOOD

PT: A lot of Nigerian youth are hoping to migrate to Canada in search of greener pasture. As someone who has experienced life in both countries, what is your advice to them?

Pascal: Migration is a natural human prerogative.You change location if your needs are better enhanced in a different destination. My advice to young people is that they understand that the rules of engagement remain constant.

Hard work, discipline, commitment and sacrifice are required for you to make progress in your chosen career anywhere in the world.

The opportunities in Nigeria are enormous and untapped. The government needs to do more to improve on the security and socioeconomic imperatives in Nigeria. A lot of success stories are made in Nigeria, but if you choose to ply your trade abroad, you will need extraordinary resilience. The facilities in the western world are developed and will facilitate professional development for young men who are willing to embrace hard work. All that glitters is not gold, overseas, you must WORK!

It’s a personal choice, so define your goals before you set out, God will reward your honest efforts wherever you choose to practice.

INTERVIEW: What Nigeria must do to stop decline in youth football performance – Siasia