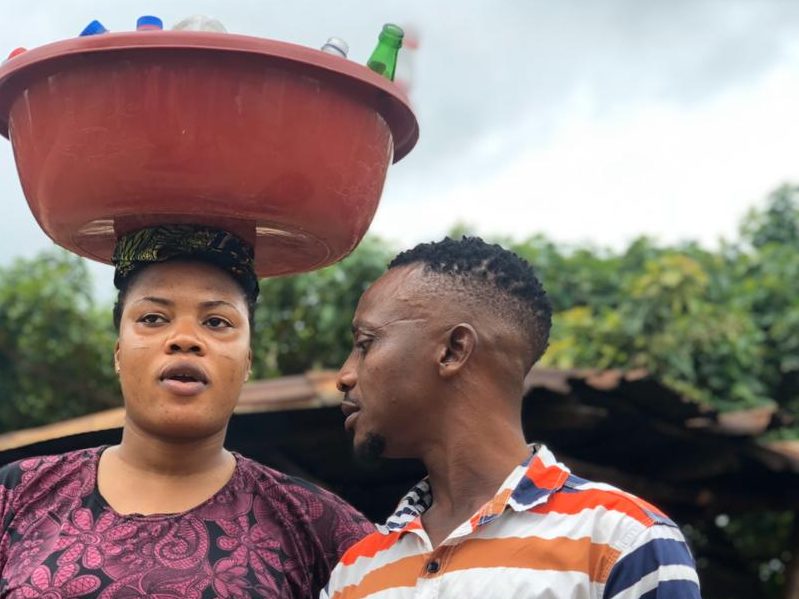 Fast-rising Nollywood actress, Debbie Shokoya, has begun production of her first movie in 2020.

‘Olugbeja Olorun’ is a cryptic movie that teaches life lessons, with emphasis on the omniscience attribute of God.

Speaking to PREMIUM TIMES about the film, the producer of ‘Bina Baku’ and ‘Darkest Hour,’ said the new movie is the best she has ever made.

Ms Shokoya started acting in 2012 and shot to fame in 2016, after appearing in Sharafadeen Olabode’s ‘Ayeloja’ where she played the role of Fati, the main character’s younger sister.

Ms Shokoya said the movie is beyond entertainment as it is also aimed at educating people and putting the abilities of God in their consciousness.

“I want people to look forward to something different that will educate them more on life and what happens in it. The story is quite deep but will make them understand life a little bit better than how it is usually perceived.

“I really don’t want to spill much about the storyline yet. We are yet to go to post-production. If I try to explain anything, I will end up telling everything. That’s how deep and complicated the storyline is. Basically, the story is telling us that no one can advocate for the creator and He is the only judge of all,” she said.

Ms Shokoya played a dual role as a young trader and an old woman in the movie.

The film was directed by veteran director, Sharafadeen Olabode, the producer of popular Yoruba movies like ‘Ayeloja’, ‘Aye Kooto’. ‘Ayelabola’, ‘Aye Tuntun’ and many others.

Others are Olu Micheals, Temitope Aremu, Ajoke Salamat, and many others.

Ms Shokoya said the release date for ‘Olugbeja Olorun’ is not yet known as it is still in production.

“Release date is not known yet. We’re still in post-production. Hopefully, before the end of the year,” she said.

She added that the movie will be released on YouTube and DVD.

Check out photos from the movie which is currently being shot in Fiditi and Oyo town in Ibadan.