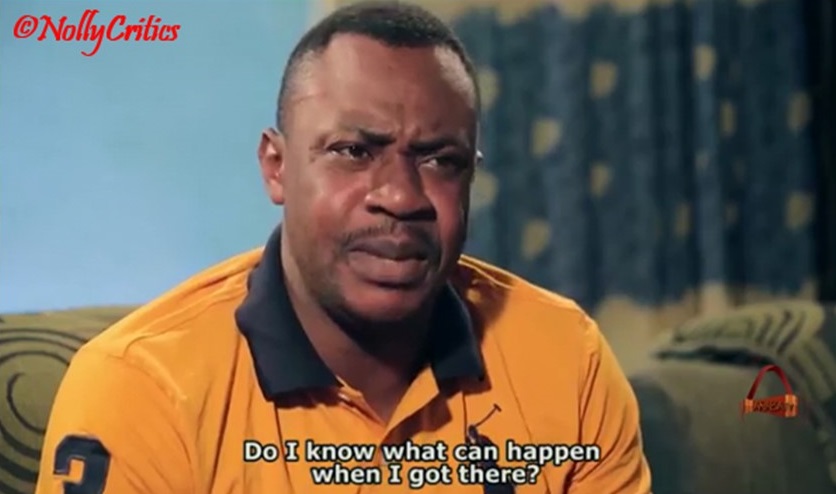 Screenshot of a Yoruba movie scene used to illustrate the story

For several years, fans of Yoruba movies have had to contend with shoddy subtitles while watching their favourite films.

While some watchers attribute it to typographical errors, most say it is mostly due subtitle editors trying to make direct translation of Yoruba language to English in the form that is generally known as ‘Yoruba English.’

Bolaji Amusan, the president of Theatre Arts and Motion Pictures Practitioners Association of Nigeria (TAMPAN), told PREMIUM TIMES that subtitling is a major issue in the movie industry,

“The major problem we are having is not with these subtitlers, it is also the issue of our marketers and executive producers,” said Mr Amusan.

“So, they get half-baked subtitler to subtitle the movie and the result is what we are seeing today.

“On the level of our members, we have been able to educate our members to give their jobs to professionals, so that they will be able to meet up with the standard expected of them from the people,” he said.

The issue of shoddy subtitles is not restricted to the Yoruba movie genre. Other major languages like the Igbo and Hausa movie genres have the same shortcoming.

Speaking on the efforts the association is making to improve the situation, Mr Amusan said they are taking the issue of subtitling very seriously and they have taken some steps to make things look better.

“As an association, we are trying our possible best,” he said

“Why we are doing this is to make sure that they meet up with the current standard of movie production all over the world. We are trying as much as possible to live up to expectation and it is just a matter of time,” he said.

A subtitle editor, Biodun Adeoye, blamed the situation on the censors board, who he said do not properly screen the movies submitted to them.

“I have been in the movie industry and the subtitling area for a very long time,” said Mr Adeoye, a member of TAMPAN guild of directors.

“There was this period when there was no movie that will go through the censor board without subtitles, at that time, we didn’t have this kind of complaint. Subtitle is part of what is going to be censored before a movie is released.

“But at a point, I don’t know why movies are being sent to censor board without subtitles. That is where the problem actually started. Every Tom, Dick, and Harry now feels is it not just to write from Yoruba to English? I can do it. That is what is going on right now.”

Mr Adeoye added that movie producers that are not willing to pay for the service of professional subtitle editors are part of the problem.

“They will just feel like, come, you’re out of secondary school now and it is just Yoruba to English, you can just write it. That is why we have mostly direct interpretation, the one will call Yoruba English.

READ ALSO: KANNYWOOD INTERVIEW: I want to look beyond acting in 2020 – Fati SU

“The jobs are not given to the right people, which is part of the problem. You know the way our people see things. If I tell you, I’m going to charge you XYZ naira for this job and you find someone that says, is it not just subtitle, I will do it, just find me something, they just give it to the person. We don’t see subtitle as a serious business, that is a problem,” he said.

He said further that things can get better if proper sanctions are taken on the people that release movies without proper subtitling.

“If there are proper sanctions on these people, even if the movie is already on air and we see that it is not of standard, in terms of subtitling, colour, lighting and every other thing, people will be forced to do better.”

The Director of Nigerian Film and Videos Censors Board, Adebayo Thomas, said that movies with bad subtitles did not pass through the censors’ desk.

“All the movies that you see that the subtitles are bad are definitely the ones that have not passed through our censor desk,” he said.

“It is a major challenge and we are not resting on our oars to get the culprits arrested and prosecuted.

“Many of them bring it and when the subtitles are not good enough, we refer it back to them. When they bring it back again, we look at it and if it is okay to go, we pass it.”

Mr. Thomas added that there are huge sanctions for producers who try to release movies illegally.

“There is a big sanction. It becomes uncensored and unclassified. This is because whatever comes out of our own desk, the subtitle is always correct.

“There are equally some illegal things they do. When we approve first, when they take it away from us with our certificate, they submit the unedited, uncensored one for production. When we see this, we always call them to order. We also blacklist the producer and blacklist the film,” he said.

INTERVIEW: Why I’m not ready to collaborate with my brother now – Burna Boy’s sister, Nissi