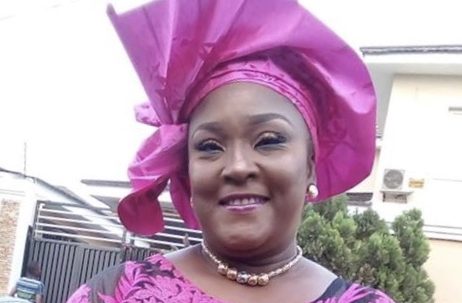 Nollywood has lost one of its finest actors, Chizoba Boye.

The movie star died on Sunday after complaining of ill health on Saturday, associates said. She was 52.

The late actress, who was the wife of the filmmaker, Sam Boye, was known for her role television series, ‘Tinsel where she played ‘Aunty Abike’.

She was a strong advocate for Nollywood Igbo, and would be remembered for her pioneering role in ‘Living in Bondage,’ ‘Checkmate,’ ‘Scandals,’ and other Nollywood hits.

Aside from her role in Tinsel, she was also a producer and presenter. Her Igbo comedy series, ‘Ka Anyi Si Ebi, was a star feature on DSTV’s Igbo Channel.

It was the first Nigerian Igbo Series set in modern-day Lagos. She produced the drama series while her husband directed it.

Nollywood practitioners have been paying their last respects to the late actress.

Filmmaker, Fidelis Duker, wrote, “We have lost yet another thespian and veteran of Nollywood who has devoted her entire life and career to theatre, television, and film. I have known this couple for over 27 years they actually met and got married while working with me during the early days of my career in Surulere, Lagos.

My sympathy and condolences to the Boye and Bosah family.

“I recall watching her on TINSEL two days ago with my wife and said it’s a while I have seen her. Chizoba and Sam were truly in love, only a few weeks ago I saw them celebrating their 15 year anniversary as a couple. Chizoba remains a sister any and we will all miss her. She will be remembered for her pioneering role in It was therefore sad to confirm her demise when I spoke to the husband this morning. May her soul rest in peace.”