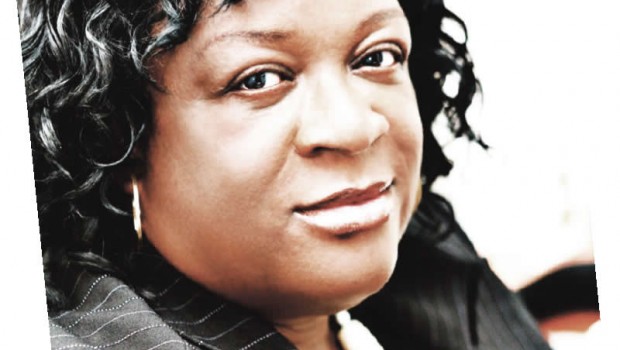 Tech giant, Google, on Thursday created a doodle of the late Nigerian filmmaker and media entrepreneur, Amaka Igwe, on its search engine page.

Google said the gesture is to celebrate the late Nollywood icon who would have been 57 today.

A Google Doodle is a special, temporary alteration of the logo on Google‘s homepages that commemorate holidays, events, achievements, and people.

The Doodle was illustrated by a Nigerian-raised, Brooklyn-based guest artist, Data Oruwari.

The deceased, who was the owner of Top Radio 90.9 Lagos and Amaka Igwe Studios, was recognised as one of the second generation filmmakers who helped begin the video film era of Nigerian cinema.

She died on Monday, April 28, 2014. She was reportedly working on location in Enugu, eastern Nigeria, when she took ill.

During her postgraduate studies, Mrs Igwe started focusing on theatre and what she considered to be her first gift: writing. She developed her first television series screenplay, Checkmate, widely considered the best Nigerian soap opera of the 1990s.

She wrote and directed the Fuji House of Commotion (2001-2012 for Crystal Gold Limited), which gave her dominance of the national television series industry.

Passionate about growing the local industry, Mrs Igwe also helped organise the guild system that served the executive boards of the Association of Movie Producers, and was also a patron of the National Association of Cinematographers, the Screenwriters Guild and the Guild of Movie Editors.

She led delegations to South Africa, United Kingdom, United States, and France, among other countries, to present the unique Nigerian approach to visual storytelling, propagating global awareness of Nollywood.

Cementing herself as a matriarch of Nollywood, she evolved a media empire by co-founding a production company, radio station, and TV network. In 2011, she was announced as a Member of the Order of the Federal Republic of Nigeria (MFR).

She was buried on June 13, 2014, in her hometown, Ndiuche Arondizuogu, Imo State.

The service of songs held on June 9 at the Havens Event Center, Ikeja GRA with many celebrities the likes of Onyeka Onwenu, Richard Mofe Damiko, Kunle Bantafe, Iretiola Doyle, Ego Boyo and a host of others in attendance.

She shall be remembered as a gifted storyteller, producer, director, pioneer of Nollywood, wife, and mother of three.