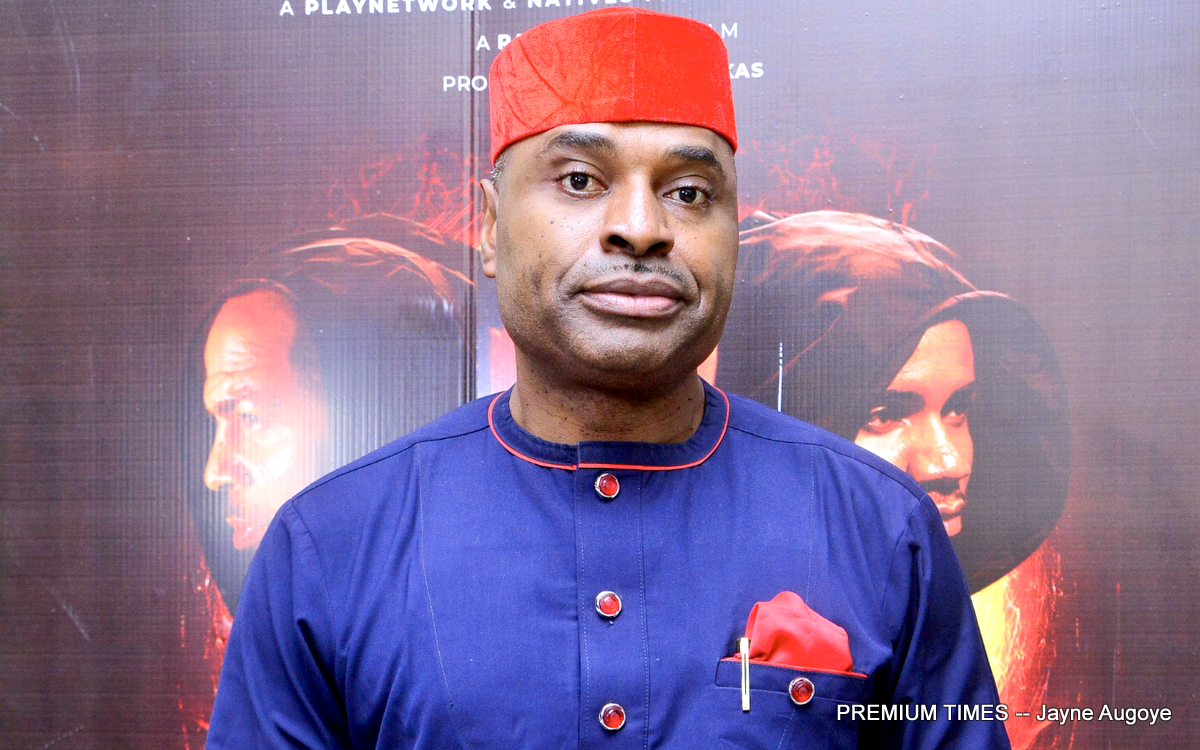 Kenneth Okonkwo, a Nollywood veteran, landed his breakout role as Andy in the 1992 classic, ‘Living in Bondage’. About 27 years after, he secured a major role in the movie’s sequel which was directed by Ramsey Nouah.

The movie premiered at the Filmhouse Cinema in Lagos on Saturday with the cast and crew in attendance. Premium Times interviewed the actor at the occasion. He spoke about his career and the industry

PT: You starred in the sequel of ‘Living in Bondage’ 27 years after you featured in the original version. How does this make you feel?

Kenneth: It makes me feel fulfilled, it makes me feel that what I took the decision to enter (Nollywood) 27 years ago, against all odds would turn out this way.

So if 27 years after, the first movie has sustained the tempo and crescendo to the point that the younger generation yearns for a sequel, I feel honoured. The fact that my face still features prominently in the sequel, makes me fulfilled.

PT: Having featured in both movies, what has changed?

Kenneth: Technology-wise, it is like comparing the stone age with the modern age but in terms of artistic perfection, it is almost the same thing.

The depth of acting when we started is actually way better than what is obtainable today because a lot depended on the creativity and dexterity of the actor.

Back in the day, the depth in the acting sold a movie. Remember, there was nothing like a film trick, so, the depth of acting when we started was quite deep.

But in terms of technology, it’s exceptional. So what you have today is a modern form that has those actors that had the depth imparting on the new ones, so this sequel is having the double portion of the anointing of the first living in bondage.

PT: Where was the original version shot?

Kenneth:  We shot it in Lagos, Adeshina Street in Surulere and several other locations. During that time we had no scripts so we had to come up with our entire lines ourselves.

For instance, to introduce a scene, the director can say, “And Andy walked in angrily and spoke to his wife”. We the actors would now have to develop the dialogue ourselves. It was really tough.

The sequel was shot all over the world.

PT: Are you impressed with the final work?

Kenneth: From day one when I starred in ‘Living in Bondage’ I made up my mind that I was going to maintain the standard.

I read all my scripts before taking up the role. When they came up with this sequel, the script took the producers about three years to write.

They kept rewriting it and I was involved in the entire process from the beginning until they came up with a fantastic script.

PT: Are you earning any royalties from the movie?

Kenneth: These guys (the producers) are brilliant, they made me earn royalty from it and I had that ownership, no matter how small the royalty is.

PT: Where there any major deviation from the original version?

Kenneth: Not really, because this sequel is a continuation and recreation of the first part. We simply recreated the original ‘Living in Bondage’ which has kept everyone captivated from the beginning to the end.

So, we are now watching in a new way, what was done in the 20th century, speaking about the same thing, passing the same message but in a different container.

This time around, content is able to generate the same interest with a double portion.

PT: Will there still be a third part?

Kenneth: When we shot the first one, I never knew there would be a sequel to it, so when we see the Almighty God we will ask him.

PT: What is your assessment of this sequel?

Kenneth: When I was watching the film with the journalists, the confrontation scene between Ramsey Nouah and I drew the greatest applause.

This meant that everybody who watched the film was captivated. That shows you the depth of that movie, no one stood up.

When we shot the original version, the script came like a story, every scene was not dialogued. This meant that a lot depended on the creativity of the actors who came up with a fictional story.

But this one is detailed and dialogued and the artiste can just come in to take the dialogue. The first one, we had to rehearse for more than one month because we had to generate the dialogue ourselves.

PT: What message does this sequel pass across?

Kenneth: The main fact that the major themes of the movie (rituals and internet scam) still exists almost 30 years after shows that a lot still needs to be done.

This means that Nigerian filmmakers need to keep emphasing and highlighting the consequences of these crimes.

You can see that the consequences of the lead actor’s actions are relatable even in our present times. Aside from showcasing wealth, riches etc in movies, filmmakers need to emphasise the need for honest living.

When you sell your soul to the devil, he comes after everything, including your lineage. We need to keep emphasing on the dangers of crime and the quick rich syndrome.

So many societal ills can be corrected and reduced if filmmakers produce more films for the greater good.

INTERVIEW: How fellow artistes abandoned me in my moment of need — Salawa Abeni