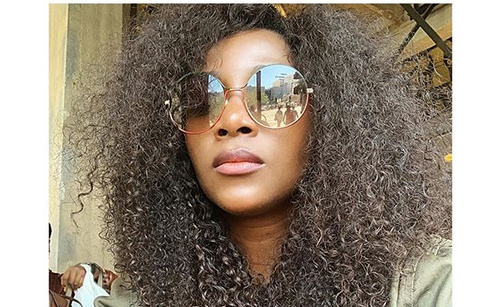 Nnaji starred alongside British movie star, Kate Beckinsale, and a host of other talented actors in the movie.

In the movie, Nnaji and Akinnuoye-Agbaje portray Nigerian parents who send their son off to an abusive foster mother played by Beckinsale.

The latter is known for his roles in ’Underworld’ and ’Van Helsing’.

Idris, who has starred in blockbuster films like ’Snowfall’ and ’Black Mirror’, plays a character called Enitan in the movie.

The film was shot on locations in London and Nigeria back in 2017 by Akinnuoye-Agbaje who has starred in blockbuster movies like ’OZ’, ’Game of Thrones’ and ’Suicide Squad’.

‘Farming’ is based on the true life story of Adewale Akinnuoye-Agbaje.

He charts the extraordinary journey of a young fostered Nigerian boy who, struggling to find an identity, falls in with a skinhead gang in 1980’s England.

The filmmaker also revealed that the film chronicles his childhood in the UK after being offered up to be fostered by a white working-class family.

The movie was first screened at the 2018 Toronto International Film Festival in Canada and received a lot of positive reviews from movie buffs.

The film is expected to make its cinema debut in September.