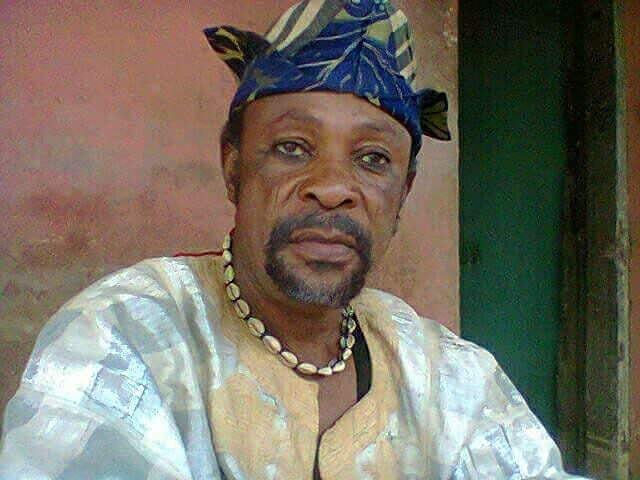 CELLULOID: Dágunró, the moments and the magic

For anyone who grew up binging on the magic of Fasasi Olabankewin and his contemporaries in Yoruba movies, that opening sentence could be shocking in its seeming unbelievability.

But the brave warrior, who loomed large on the war front, is indeed dead, and this is no magical realism.

Chiefly because of its beguiling element of artistic traditionalism, Dágunró’s appeal on the big screen was more symbolic than literal: it was steeped in the actor’s braggadocious dramatics and his self-inflating rhetoric, draped in ritual recitation of verbal charms to produce magic effect.

In a sense, it explains what London-based television director and cineast, David Kerr, said of the “eclectic” nature of Yoruba popular theatre in his submission on Biodun Jeyifo’s 1986 book, “The Yoruba Popular Travelling Theatre of Nigeria.”

Jeyifo, in his book, had identified that the element of artistic traditionalism was quite strong in the performances of the travelling theatre, and he argued that its popularity is premised on the fact that it is both a “repository and medium” for the revitalization of the traditional performance arts of the Yoruba.

Although Dagunro died last week in his 70s, according to some accounts, there are no verifiable records that he was seriously invested in the Alarinjo culture. If he did, he probably hadn’t escaped obscurity at the time.

But then even if Dagunro’s name would not pop up when the discourse moves toward the exploits of the troupes in their early years, he comes from a rich tradition of Osun/Osogbo-bred practitioners whose imprint remains indelible across all of the generations: Oyin Adejobi, Kola Oyewo, Kareem Adepoju, Duro Ladipo, Tajudeen Akanmu (Koledowo), Yekini Ajileye, Sikiru Adesina (Arakangudu), Murphy Afolabi etc.

Between Duro Ladipo and Oyin Adejobi, between Ajileye and Murphy Afolabi, there have been generations of thespians who held sway in moments of transition from the traveling culture through to stage plays, television, home video film, cinema and all.

Yet in the years after the home video transition of the 1990s and early 2000s, three actors were perhaps most visible in the famed Osogbo theatre caucuses. There were four, actually: Yekini Ajileye, the unusual storyteller; Sikiru Adesina (Arakangudu), the braggart; Koledowo Akanmu, the under-recognised music-comedian; and Dagunro, the energetic and entertaining actor.

As things appear now, all four are united not only by death but also by the curse of gross under-estimation.

In the midriff of the noughties, the gradual departure from artistic traditionalism in Yoruba filmmaking, plus the centrality of Lagos to the cultural evolution in Nigeria, perhaps ushered in a shift in the prevailing dynamics, rendering most thespians resident outside Lagos somewhat irrelevant.

Apart from a conscious attempt to evolve with time, those in Ogun and Oyo have remained in the limelight partly because of geographical proximity. (To discountenance this reality is to be ignorant of a sad yet prevalent reality: the back-end theatrics and influence of production companies/marketers who determined what we found on the videospace in most cases).

Of the Osogbo quartet, the late Koledowo, who died in 2008, and Ajileye, who died earlier in 2006, never lived to witness this seemingly humiliating shift in paradigm in its fullest form. But Arakangudu, who died in 2016, and of course Dagunro, did, even as both struggled to re-invent and move with time.

With his hugely successful multiple-part flick, “Iya Oko Bournvita”, which featured the iconic Bukky Ajayi, now late, Arakangudu attempted a sea change: the man who chewed incantation like poems became a ‘lover boy’. That strategy worked, partly because of the actor’s versatility. But if he recorded any gain from that outing, it didn’t last long. What’s more, by the time he breathed his last, Arakangudu’s career teetered on the edge of obscurity.

When the klieg lights moved away from movies studded with traditional ritual performances in the autumn of the noughties, Dagunro, too, struggled to reinvent and move with time. He recorded instant success with 100 Years, assisted by his son, Jamiu Olabankewin. But that success was shortlived. He would soon retreat to his conventional space of ritual performances and war, this time relying on self-production.

If he succeeded, the results did not show it. But the reason may not be far-fetched: Dagunro’s artistry remained tilted toward witchcraft-themed flicks, and at that time, audience interest had shifted to urban concerns and demand for war-themed flicks had nosedived.

To be sure, I think Dágunró didn’t succeed in storytelling. The near-decent reputation he struggled to build in that aspect of filmmaking paled into nothingness in the years after the release of 100 Years, originally written by Jamiu. He was also not quite dynamic too as an actor. For, where Dagunro was wooden, Arakangudu and others—Abija, Lalude, Alapini et al—were flexible in the hands of experienced directors. But what he failed to do with storytelling, Dagunro did with acting—-he was an entertaining actor, warts and all. Dagunro had this infectious aura, he had charm, he had this magnetic appeal on the big screen.

Among Dagunro’s numerous incantational deliveries, two lines stood out for me because they touched two rather esoteric concerns: death and invincibility. The two lines may also depict a fascinating aspect of this make-believe world in which Dagunro lived; the one because it’s a lie, the other because it’s a half-truth.

On invincibility: In the early days of his career, Dagunro took pride in being addressed as the one who, confident of the potency of his metaphysical powers, takes delight in assaulting the child of a witch (O gboju le oogun kan omo aje n ko). But that’s a lie; it’s one bragging right that belongs principally to Abija Wara bi Ekun (Tajudeen Oyewole), perhaps Yoruba Cinema’s most celebrated slayer of witches. If anything, especially in the autumn of his career, Dagunro, together with Ogunjimi, became an enabling instrument in the hands of latter-day blood-sucking witches, led by Segilola Abeni-Agbon.

On death: Once, circa 2002, in a flick which had him locked in a mortal combat with some enemies at the war front, Dagunro rendered some incantational lines suggesting that he could not die (Emi ti mo oruko ti Iku n je; Iku kan o le pa’mi mo). That line turned out to be a half-truth: he was eventually killed by some allied forces in that movie but, of course, he left the film location alive.

As things turned out last week, especially after pictures appeared showing Dagunro being lowered into the grave, it will be disingenuous to still consider that 2002 line a half-truth. It has graduated into another lie; Dagunro can die—and he is indeed dead.

But again, to arrive at that conclusion is to approach the concept of death from a simplistic philosophical position. The thespian died last week but he left a loud imprint with his elevation of Yoruba culture. That’s how to die without dying; how to live forever.

Sporadic gunshots cause panic in Maiduguri