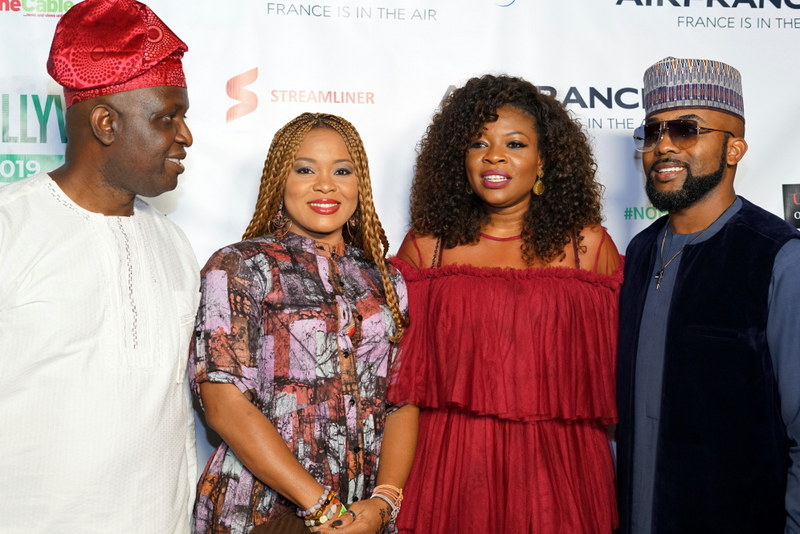 When you live in Los Angeles, you often feel you have seen everything. You have most likely gone through an earthquake or two. You have seen men become women and women become men. You have seen stars rise and fall. You have eaten food you can not even pronounce. You have been on a roller coaster through life and, sometimes, you do not know what is real and what is make belief.

Last week, the city saw what it had not seen before, not in this light. Nigeria was in town.

“We’re gonna rock this town the way it’s not been rocked in a long time,” beamed Nigerian-American filmmaker Ose Oyamendan as he strolled in his Ankara shirt under the mild afternoon sun into a meeting with the big wigs at The Egyptian Theatre on Tuesday afternoon.

A few hours later, the online version of the prestigious Los Angeles Times spilled the beans on the unsuspecting city when it announced, “Watch Out Hollywood, Nollywood is coming to town”. This is the closest you get to a cultural coup. Nigeria, long bashed in the media for scandals, corruption and fraud, was getting a public rebranding, thanks to the Nollywood In Hollywood event.

The headline lit up social media. Kemi Adetiba, the queen of Nigeria’s box office whose film, KING OF BOYS, was selected for screening posted a blurb of the newspaper headline on her Instagram page with a simple line, “Hey mommy… Hey daddy… Guess who just got featured in the @latimes”. Good news must travel fast. Within an hour, the news had been viewed or shared over a million times on social media. It would expand to over ten million in the next few days.

Nollywood in Hollywood is the brainchild of Ose Oyamendan who created the initiative to give Nigerian films, actors and filmmakers a foothold in the global centre of the film industry in Hollywood.

“Nigerian filmmakers are doing great stuff in Nollywood with very little institutional support. I felt if I can help the industry move the needle even a little, I should. Nigeria is at a point where we may get to the promised land quicker if we follow John Kennedy’s charge to do what you can do for your country instead of waiting for what your country will do for you,” says Ose.

He reached out to two of the most powerful institutions in Hollywood for a partnership that would see three of the best films in Nigeria presented to the Hollywood Industry, film lovers and the African Diaspora every year. The historic Egyptian Theatre and the School of Cinematic Arts at the University of Southern California signed on and the event kicked off in 2018.

In just its second edition, Nollywood In Hollywood is easily the biggest African cultural event outside the continent. Across town, Alessandro Ago, the director of programming at USC, was surveying the majestic Eileen Norris Theatre, excited about the prospect of showing LIONHEART and KING OF BOYS. “We enthusiastically support this opportunity to share and discuss the latest films and current trends in Nigerian cinema with our students and Los Angeles film enthusiasts,” says Ago.

Nollywood could not have chosen a better group to represent it at the event. The debonair, immensely popular actor/musician, Banky W, brought the charm and the natural warmth of a superstar. Adetiba brought the class and glamour. Tope Oshin, the director of UP NORTH brought a charisma that shined through the two nights.

Guests came literally from all over the country for this event that is fast becoming the cultural rallying point for the black diaspora. Nigeria’s Consul General, Aisha Musa led a delegation from the Atlanta. Executives with New-York based networks flew into town to see the latest Nigerian talents. Groups of people flew in from Houston, San Francisco and Washington DC.

Every one of the 650 seats in the Egyptian Theatre was filled for the opening night screening of UP NORTH. The fire department turned a blind eye to the extra seats in the aisle. This was a screening that became a celebration, a celebration that turned into a party!

The party spilled into the courtyard of The Egyptian after the screening where Streamliner, a start-up streaming service for African content, flexed their entertainment muscles as the sponsor of the after screening celebration. There was snacks, drinks, and music.

“I am just really grateful to be here. To screen your film at The Egyptian is really a big achievement. We had a great time and you could really see that there were new doors opening for Nollywood,” chimed in Tope Oshin, director of the opening night film, UP NORTH.

The party moved next door to the Pig N Whistle nightclub where Hollywood Entertainment Productions sponsored a fun-filled after party with Nigerian music blasting out to the historic Hollywood Boulevard. The club was packed with ‘who is who’ in Nigerian entertainment in Los Angeles, studio executive, agents and managers. Hefty security men had to turn away tens of revellers who sought to join the Nigerians in the packed club.

Banky W stepped out of the club early Saturday morning ahead of dozens of colleagues, admirers and fans, stood on the walk of fame with the names of dozens of stars on the sidewalk, took in a deep breath of the night air, looked up and down Hollywood Boulevard and flashed that million dollar smile and whispered, “Nollywood, we’re here”.

The events moved to the celebrated Eileen Norris Theatre at the University of Southern California the next day. The school not only boasts the best film school in the world but the greatest film directors in the world have screened their films here for decades. Only two nights before, Jordan Peele screened US a day before its release and steep climb to the top of the box office. Today, Adetiba was screening King of Boys to a packed theatre.

“I am really grateful. I’m speechless actually. It was far beyond what I expected. This is really great for our industry. I really have to thank Ose for putting this up for Nigeria. It’s really remarkable,” says Adetiba whose two films are at the top of Nigeria’s box office history.

For one weekend, Nigeria was the centre of Hollywood and Nigerians everywhere could hold their heads high. Nollywood is here.

Over 16,000 Ethiopians die of HIV/AIDS every year – Study