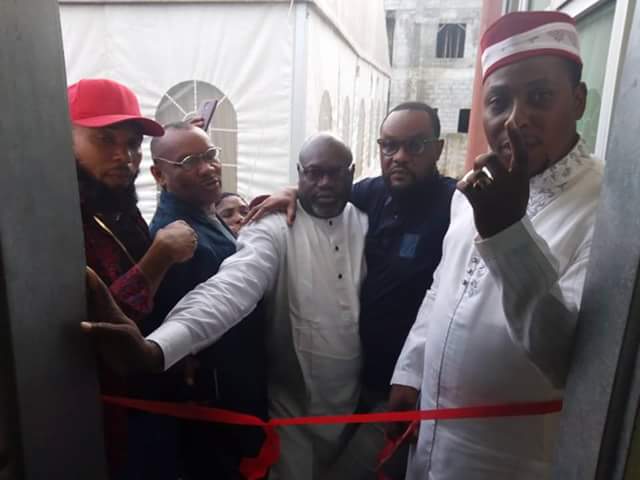 The Actors Guild of Nigeria, Abuja chapter, on Thursday evening opened a new office at the Hiltop Resort in the Gwarimpa District which it says will now serve as the nexus of all its activities in the capital city.

The guild’s new executive said before now accommodation for their official activities had been a thorny issue as they had to meet for their monthly activities in gardens across the city. This had put a lot of stress on their influence on the city’s social and entertainment circuit, they noted.

The event was attended by over 250 actors and actresses plying their trade in the city. Veterans in the field from across the country also showed up to give the chapter support.

The event also hosted the general meeting of AGN Abuja which was tagged the main event. There was also the distribution of the AGN National ID Card / Insurance Certificates.

On the lighter side, there was a Nollywood Celebrity Birthday Party for August Babies (those born in August). This was interspersed with comedy, dance, music, raffle draw and special presentations.

The AGN Abuja chairman, Alvin Ahmed (Mic Master) who is an MC/comedian/ film maker said the opening of its secretariat is a dream come true.

Mr Ahmed, who is also an ‘August baby’ told PREMIUM TIMES that the secretariat will further help strengthen entertainment activities in Abuja and boost the output of its members.

He also spoke in what the guild was doing as a body to empower its members.

“AGN, under the leadership of the National President is doing a whole lot to create a lasting structure for the industry with the aim of repositioning the Guild for global recognition. Health issues had been a major challenge for actors and this has to be given attention. Today it’s history as we now have a deal with an insurance company which led to (presentation of) insurance certificates you saw,” he said.

He said the guild was prepared to contribute its quota to national growth under the right conditions.

“Leadership is not a title, it’s a responsibility. We must be responsible to the needs of the people.
Nollywood is contributing a whole lot the the GDP of the country and is the second largest in the world. We call on the government, corporate organisations and individuals to recognise and give necessary support to entertainment industry.

“AGN Abuja has come of age and we are doing a great deal to make Abuja the Centre of Nollywood.

Yesterday’s event started with a two-day orientation (for new members), a training/workshop also took place. Training, artiste welfare and productions are the major concerns of my administration.

“I want to say ‘well done’ to my executives and the members of AGN Abuja for their support, dedication and trust in the leadership of this administration,” he added.

Below are some pictures of the event: