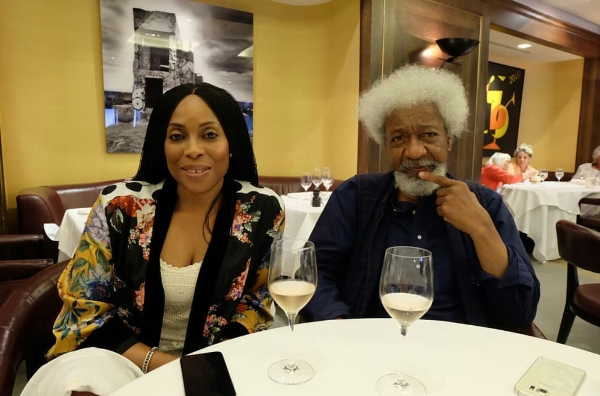 ‘Death and the King’s Horseman’, a play written by renowned playwright and Nobel laureate, Wole Soyinka, is under development to be adapted into a film.

The move was announced by the CEO of EbonyLife Television, Mo Abudu, on her Instagram page @moabudu.

She shared a photo of herself and the renowned Nigerian playwright, Soyinka, having lunch at Scotts in London.

“EbonyLife Films has acquired the rights to make this incredible work into a feature film for global distribution.

“We will continue to change the narrative and tell our stories. Lord we thank you for the incredible opportunities you give,” she said.

‘Death and the King’s Horseman’ was written by Soyinka during his political exile from Nigeria and is based on a real incident that took place in Nigeria during British colonial rule.

The story follows the horseman of a Yoruba King who was prevented from committing ritual suicide by the colonial authorities.

Written in five scenes, it is performed without interruption and Soyinka has directed important American productions, in Chicago in 1976 and at Lincoln Center in New York in 1987

The British premiere was directed by Phyllida Lloyd at the Royal Exchange Theatre in Manchester in 1990. It starred George Harris and Claire Benedict.

The announcement by Abudu comes months after Tunde Kelani announced the big screen adaptation of another of Soyinka’s books, ‘The Lion and the Jewel’.

No cast or director has been announced for the ‘Death and King’s Horseman’, although EbonyLife is known for making commercially successful films including ‘The Wedding Party’ and ‘Royal Hibiscus Hotel’.